Yet another 65-story tower has just been announced for Park West: E11EVEN Residences Beyond.

E11EVEN Residences Beyond is the second planned by developers PMG and E11EVEN Partners. The first, known as E11EVEN Hotel and Residences, quickly sold out after being announced earlier this year.

The new tower will be located at the corner of NE 1st Ave. and 11th street, connected by skybridge to the first tower. An exact address was not available.

It will also have a unique feature: a private rooftop helipad, pending FAA and other approvals.

The new tower will additionally have a restaurant, 93-foot resort style pool, executive office suites, a social club on level 64, and a fitness and wellness center on level 14.

There will be a total of 461 luxury residences in the new tower, bringing the combined number of units in the two towers to 836.

Prices will start in the mid $300s, with units to be delivered fully finished and furnished.

As with the first tower, Sieger Suarez is the architect, with interiors by AvroKO Hospitality Group.

Groundbreaking is expected in mid-2022.

A rendering of the first tower: 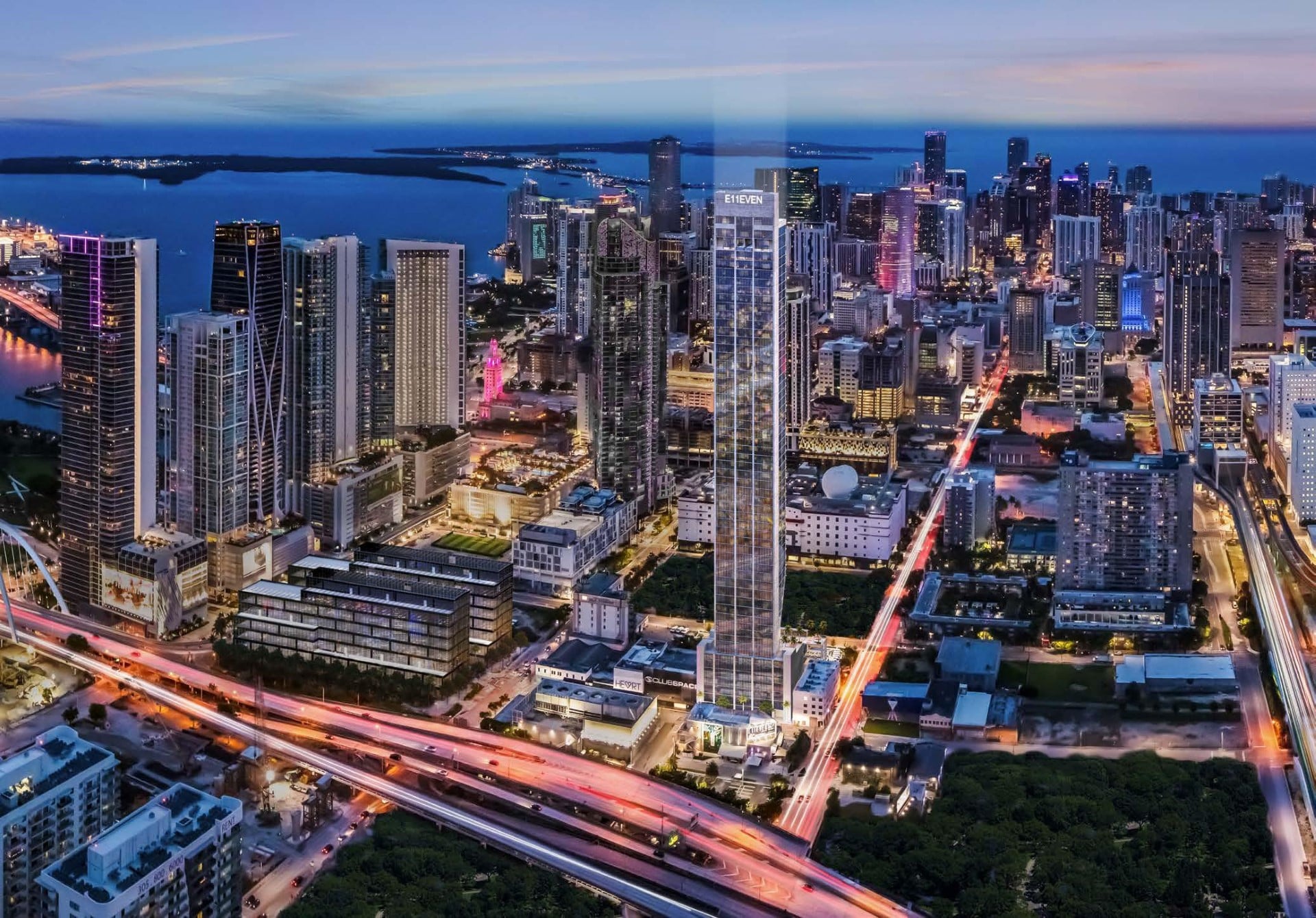