Melo Group has filed new plans to build a massive twin-tower Edgewater project called Island Bay, which could become the biggest ever condo development for the company.

Twin towers would rise 60 stories, or 648 feet above ground. That matches or exceeds the height of the tallest buildings planned or completed in the neighborhood.

In total, 782 residential units are planned between the two towers, which will likely be condos based on the design and location.

Renderings show the towers would have a zig-zag design along balconies, and also appear to have a lighting scheme at night.

Developer Melo Group is requesting approval from Miami-Dade’s Shoreline Review Committee for the proposal. Melo will also need city approvals to close streets for the building’s footprint, although the developer says they will dedicate back land to the city in exchange. 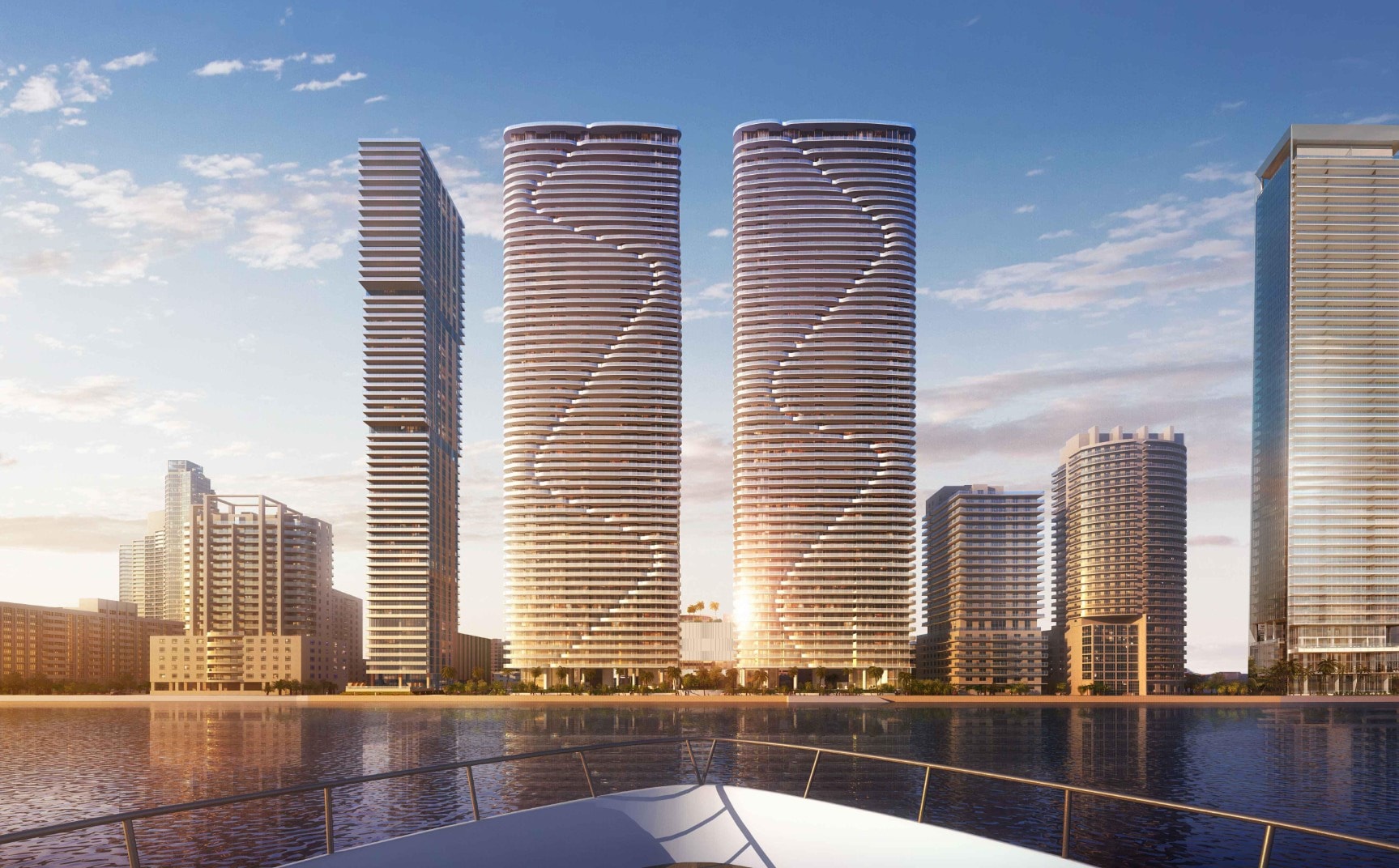 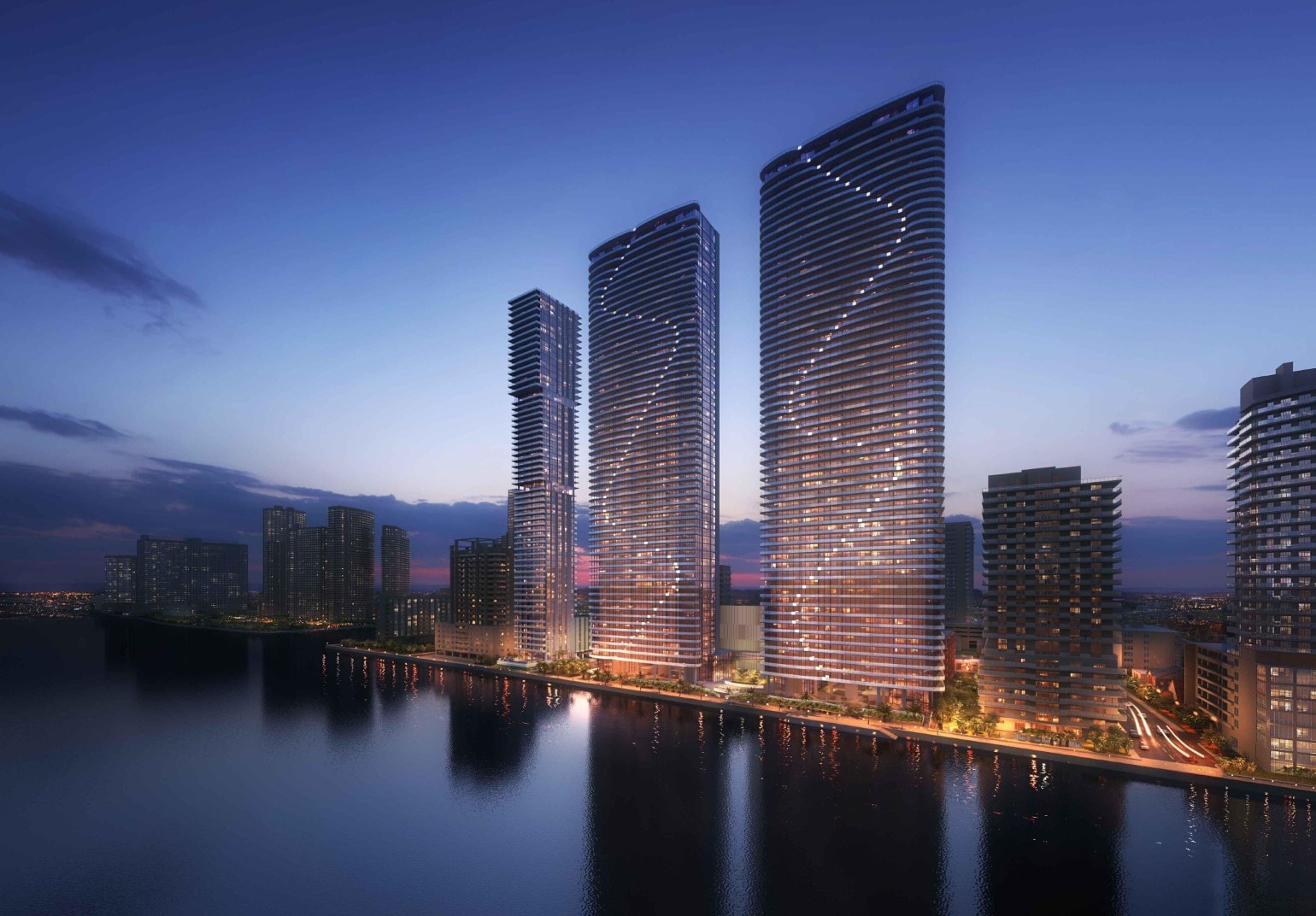 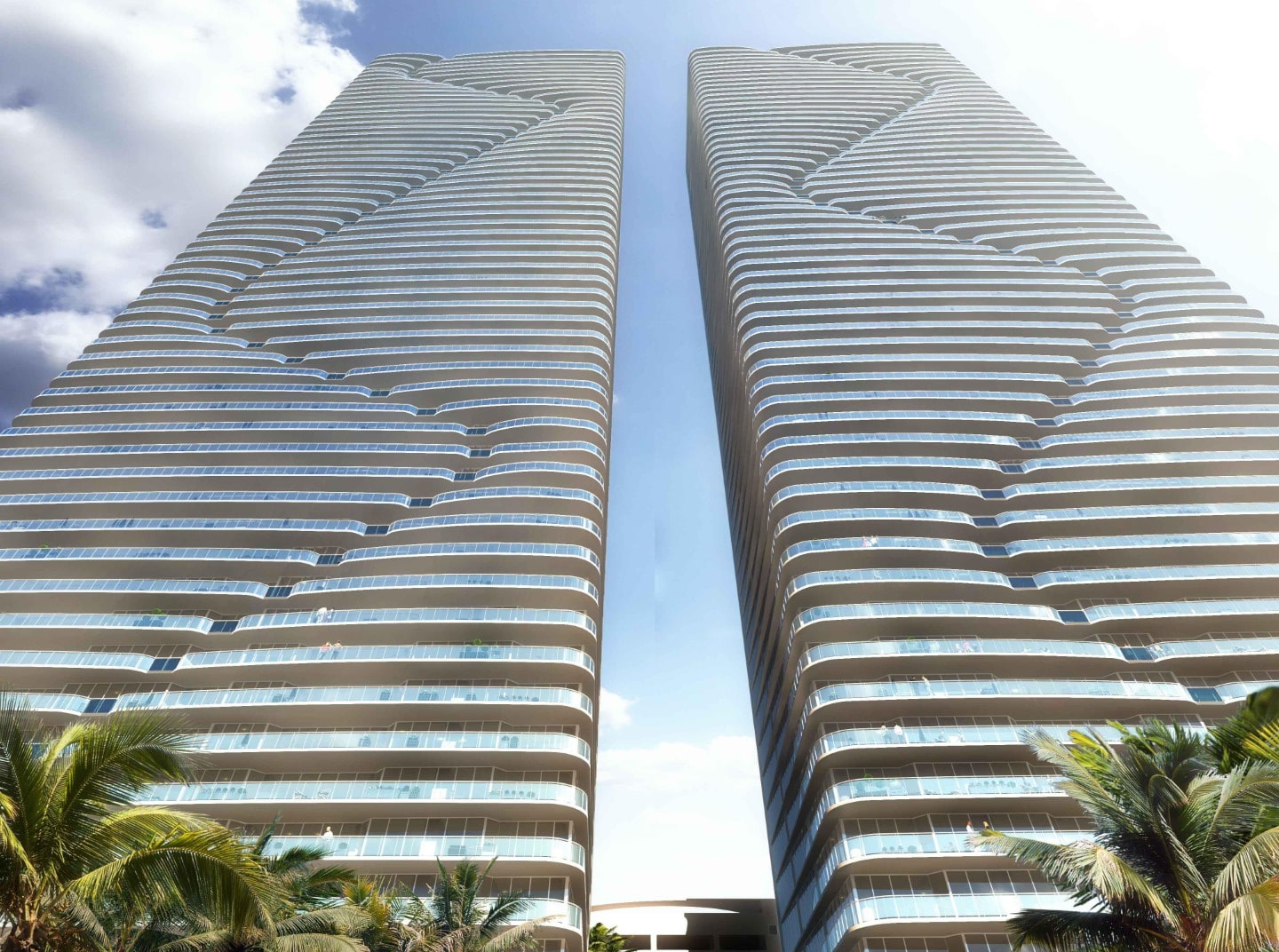 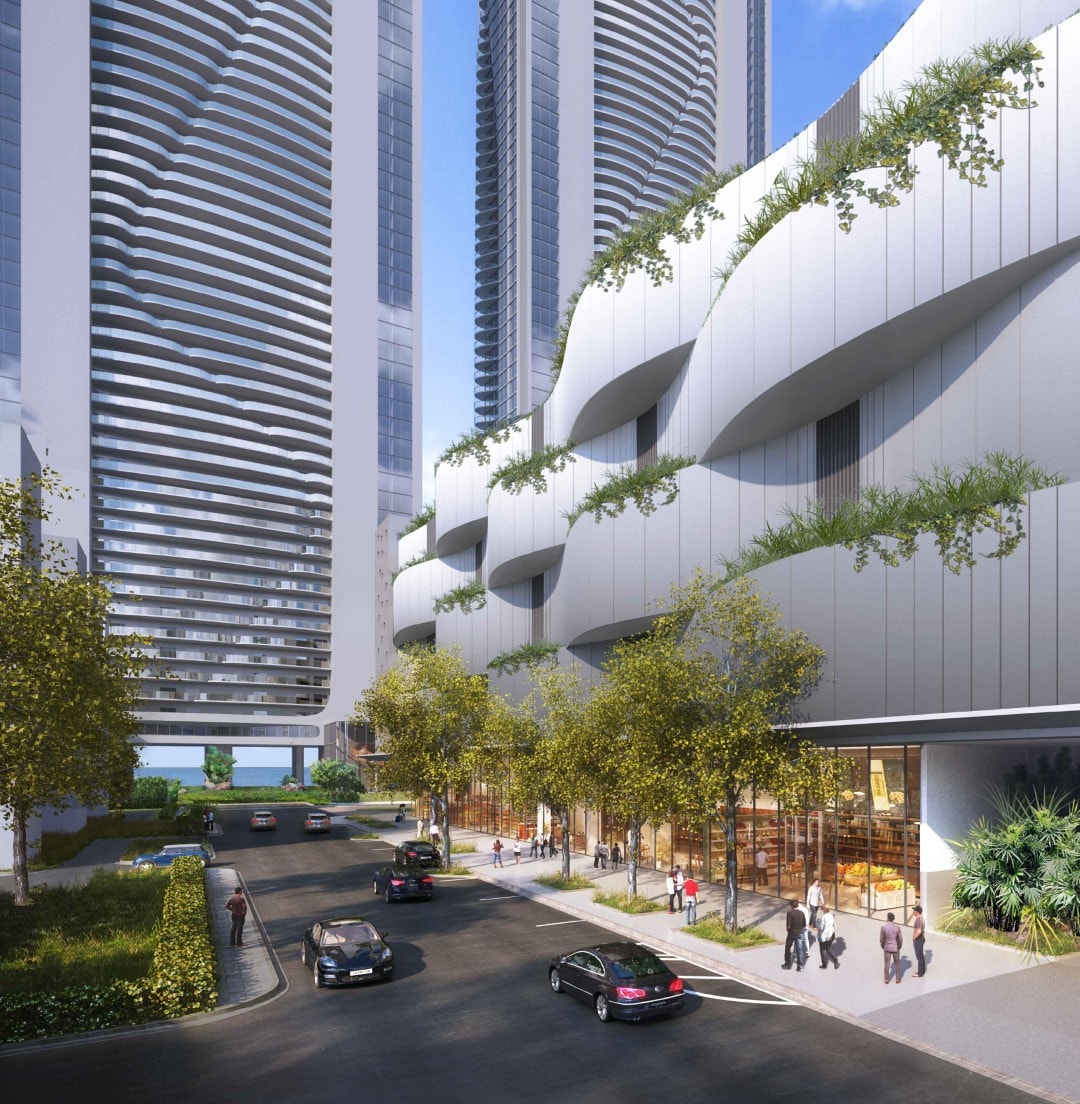 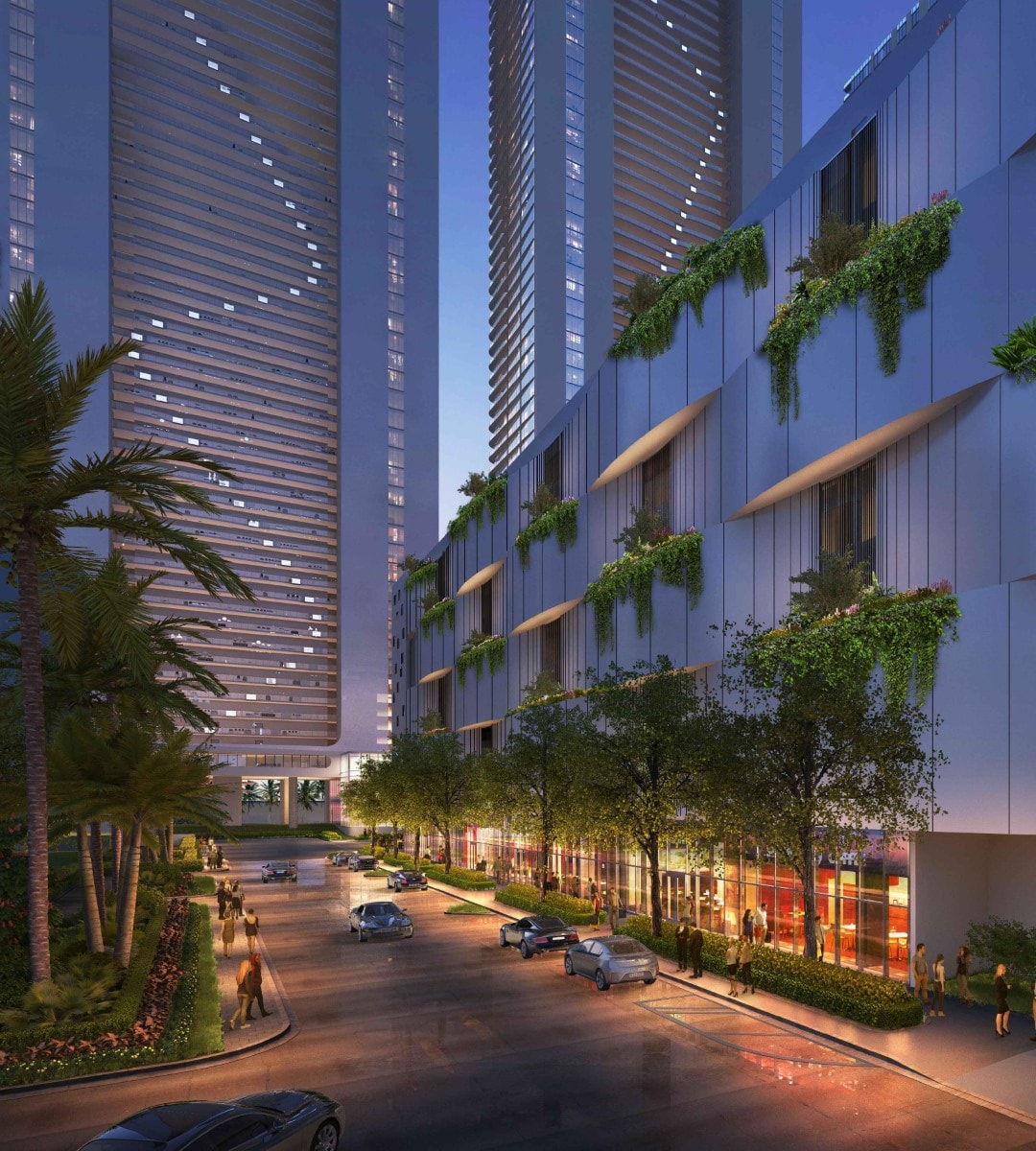 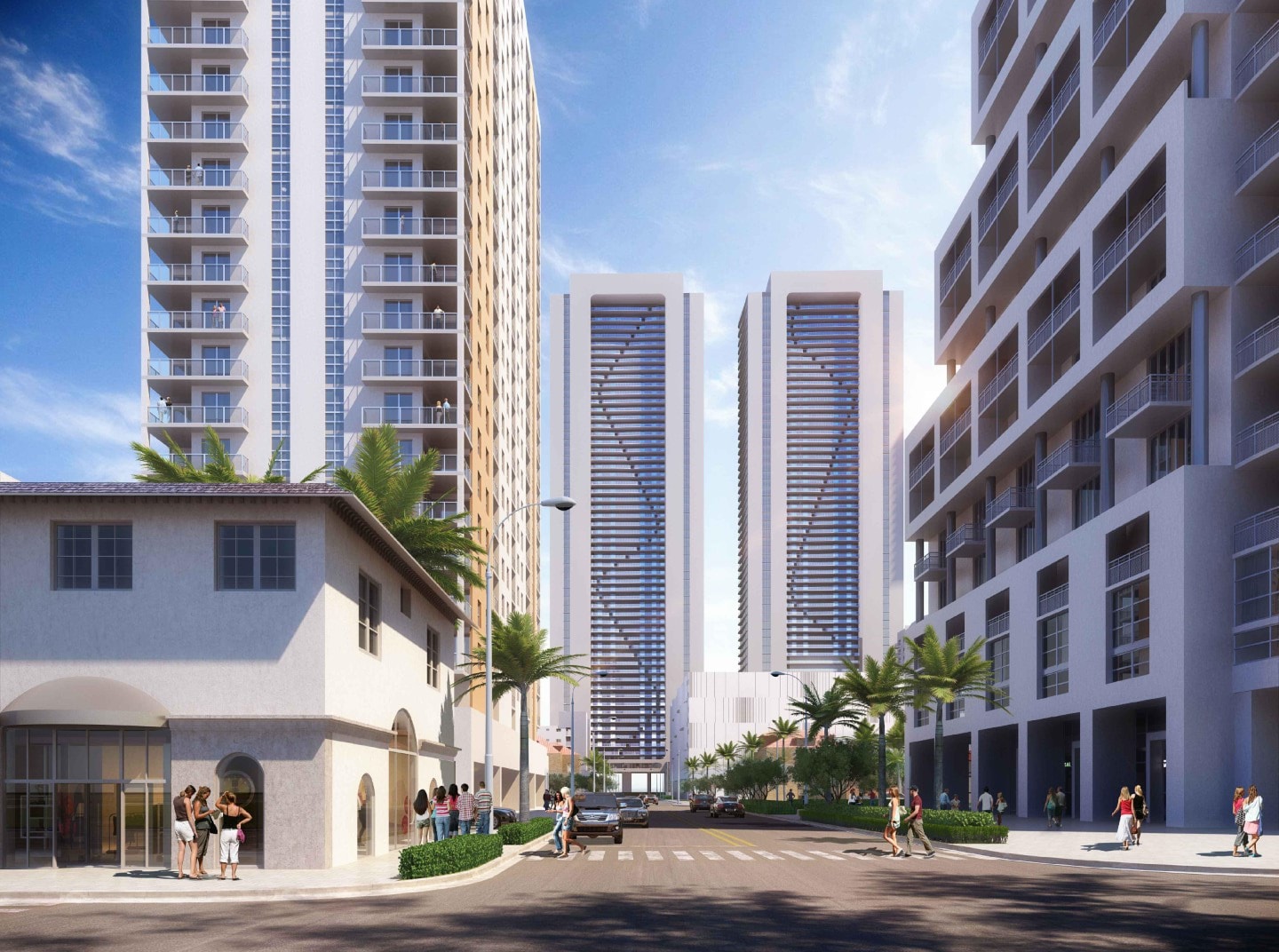 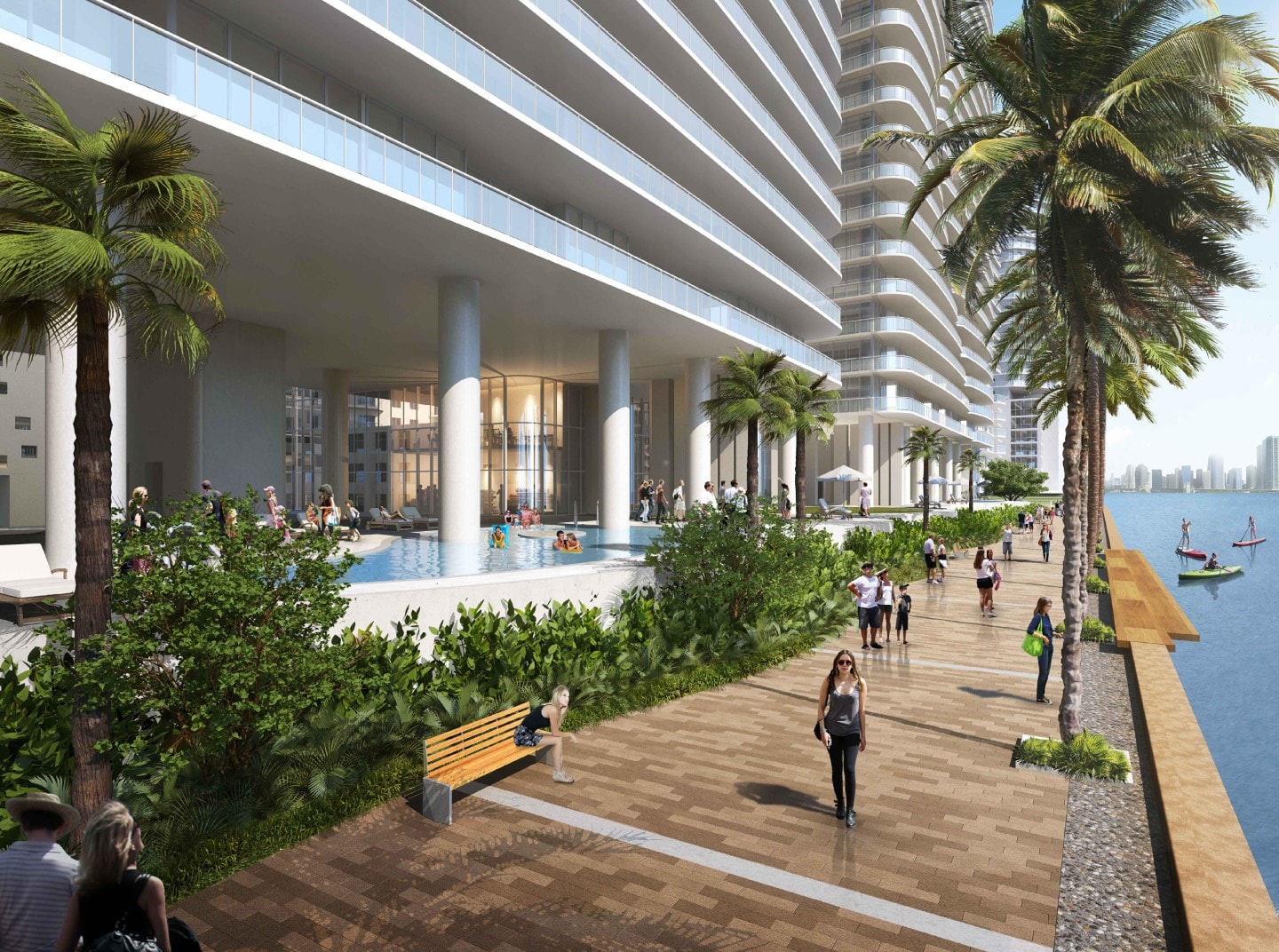 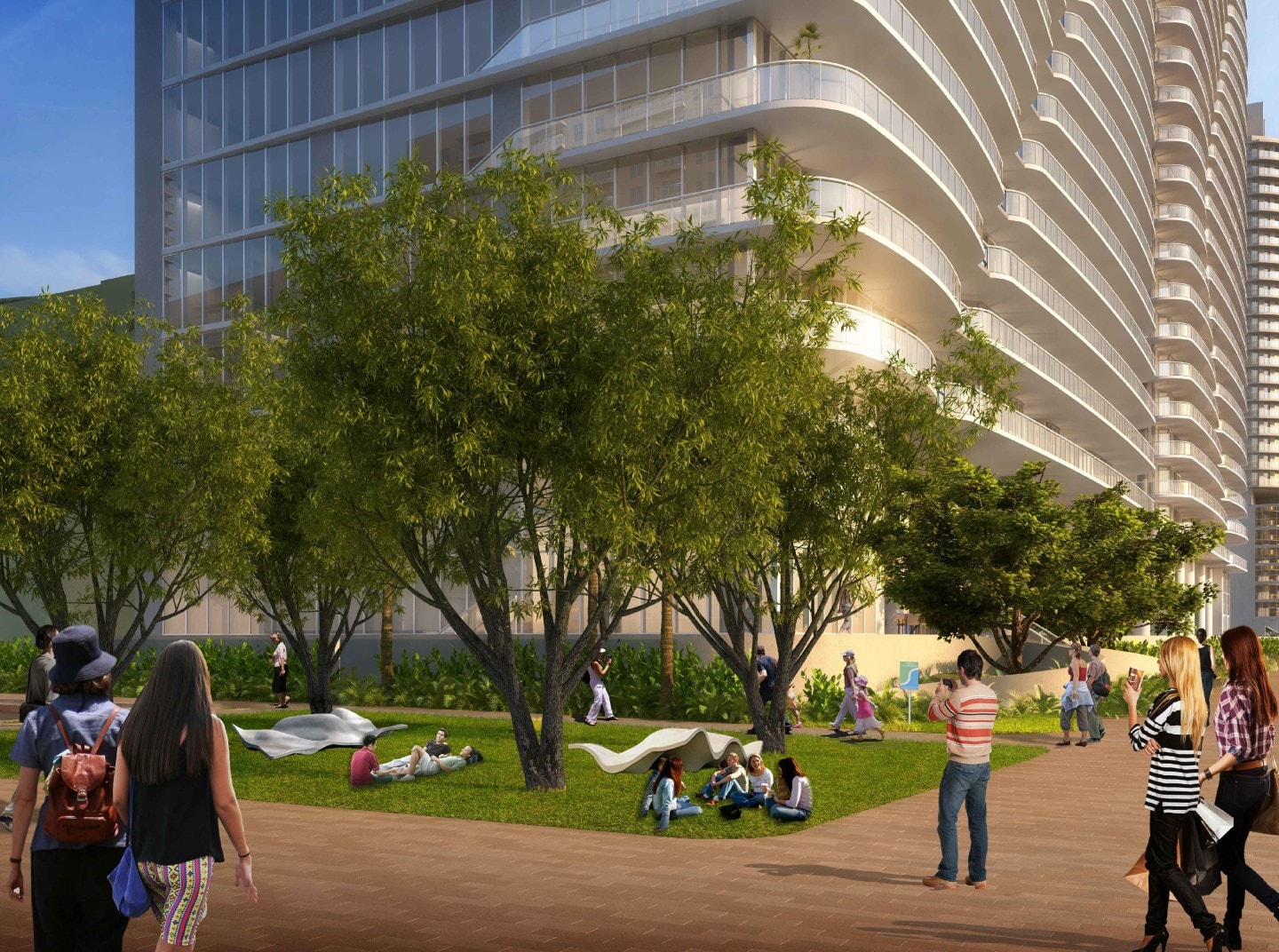 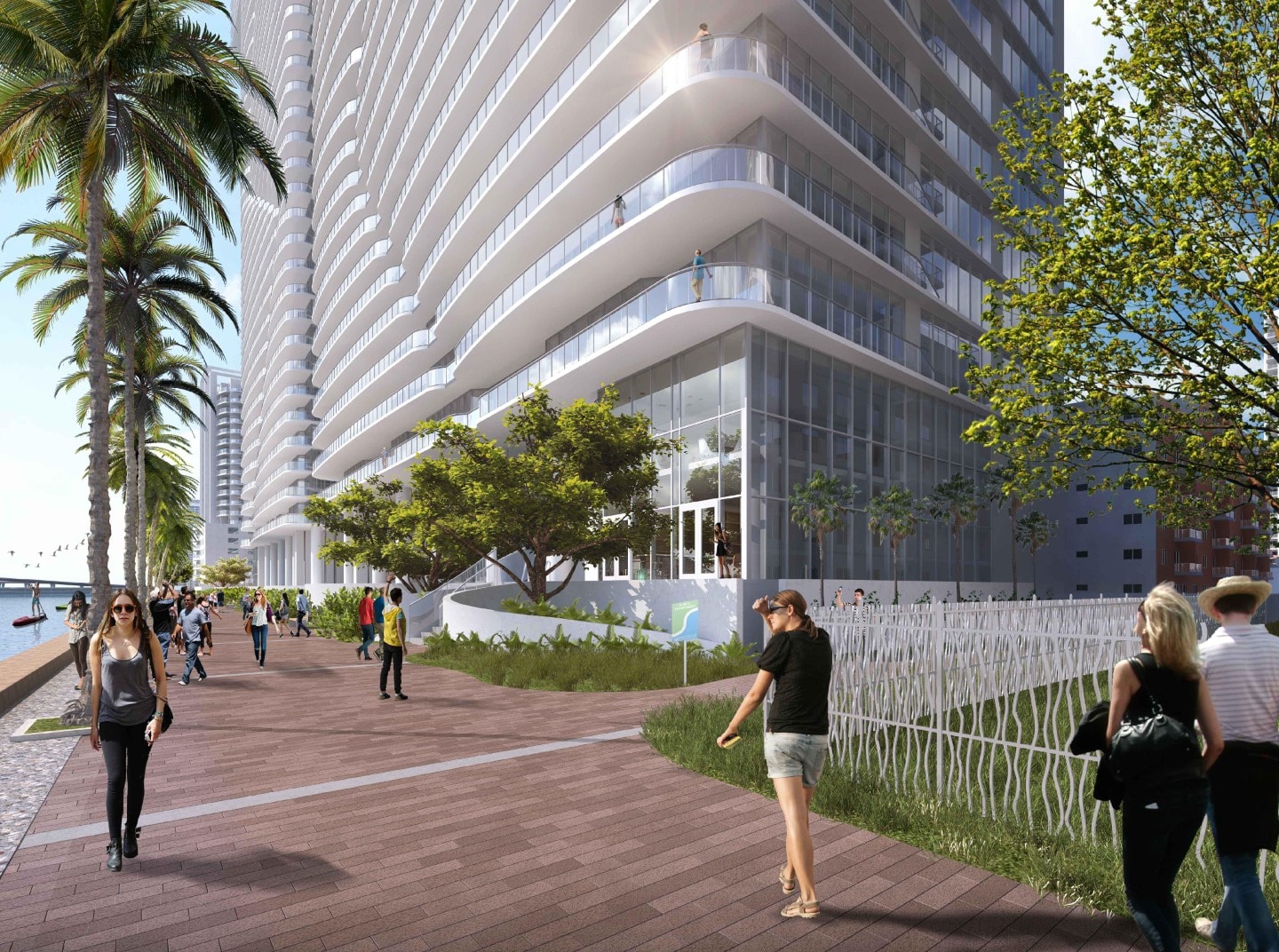 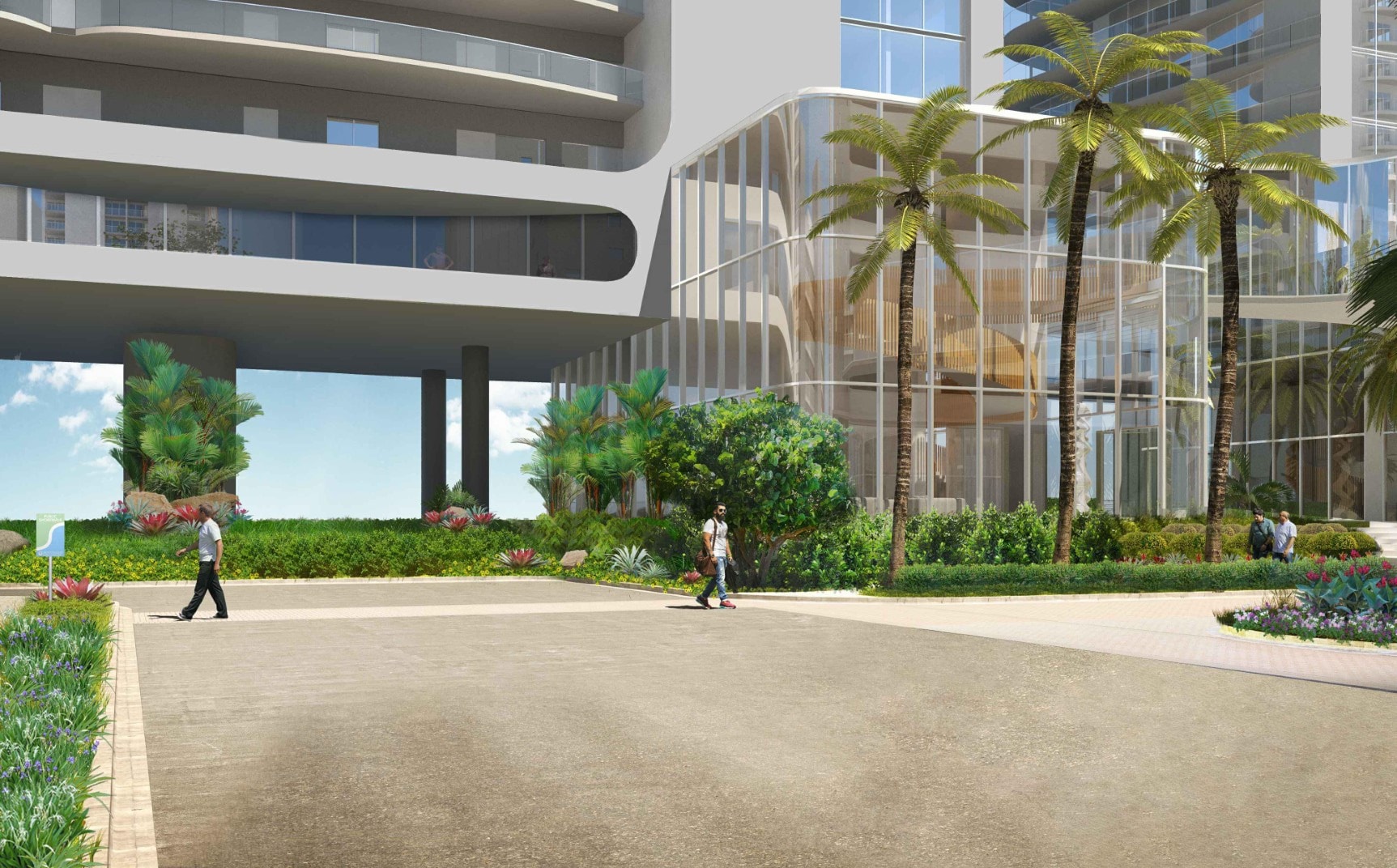 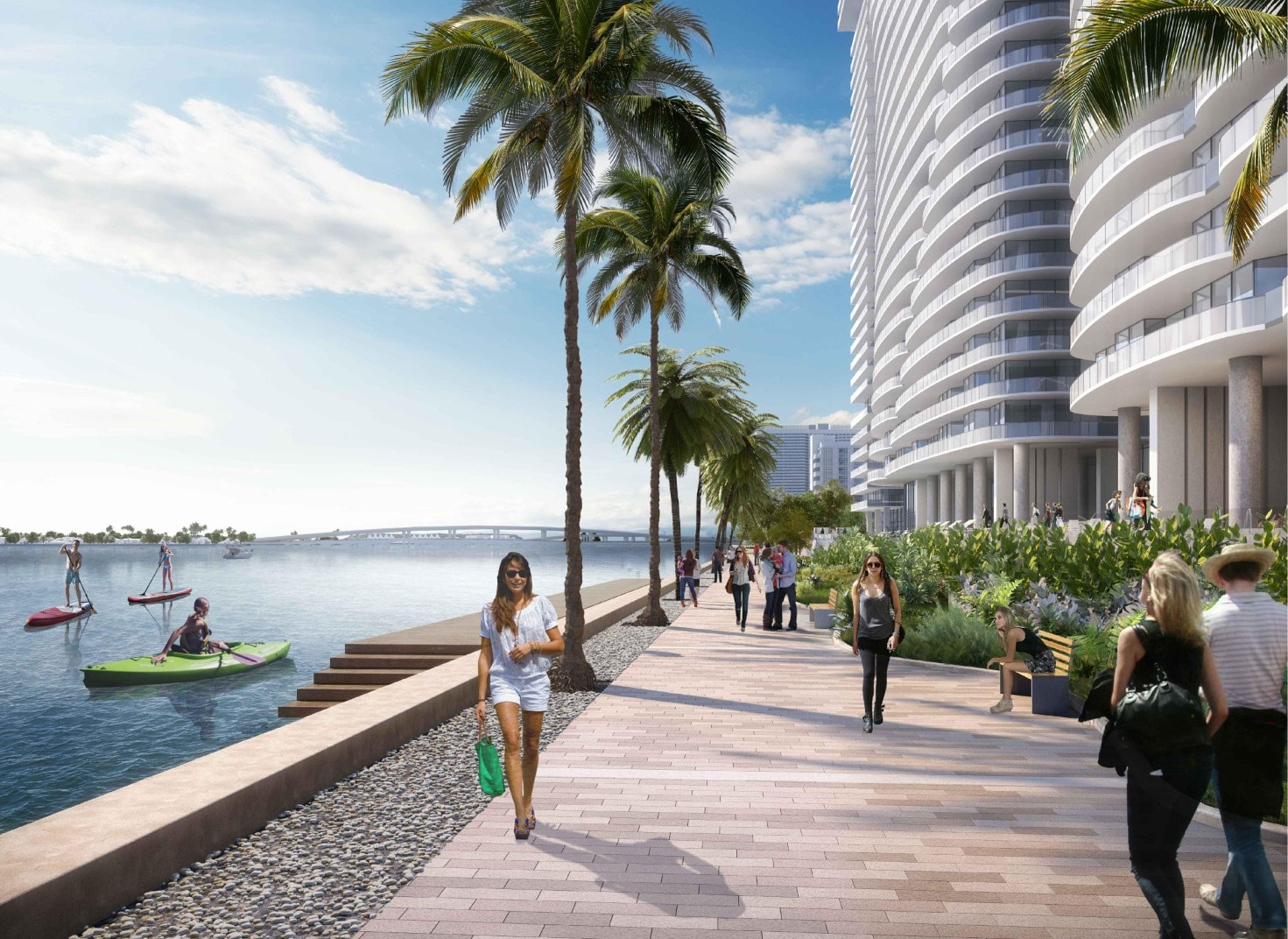 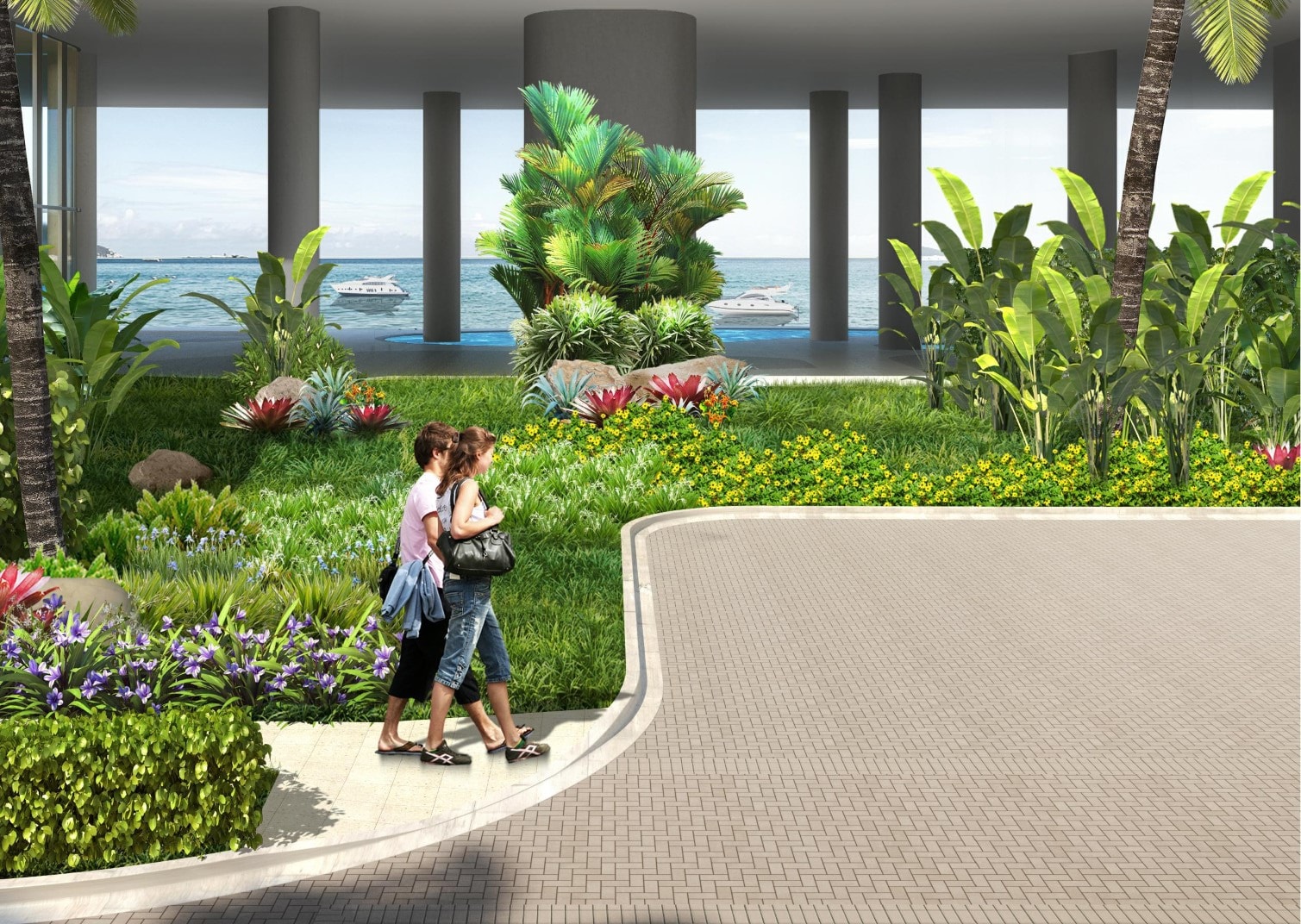 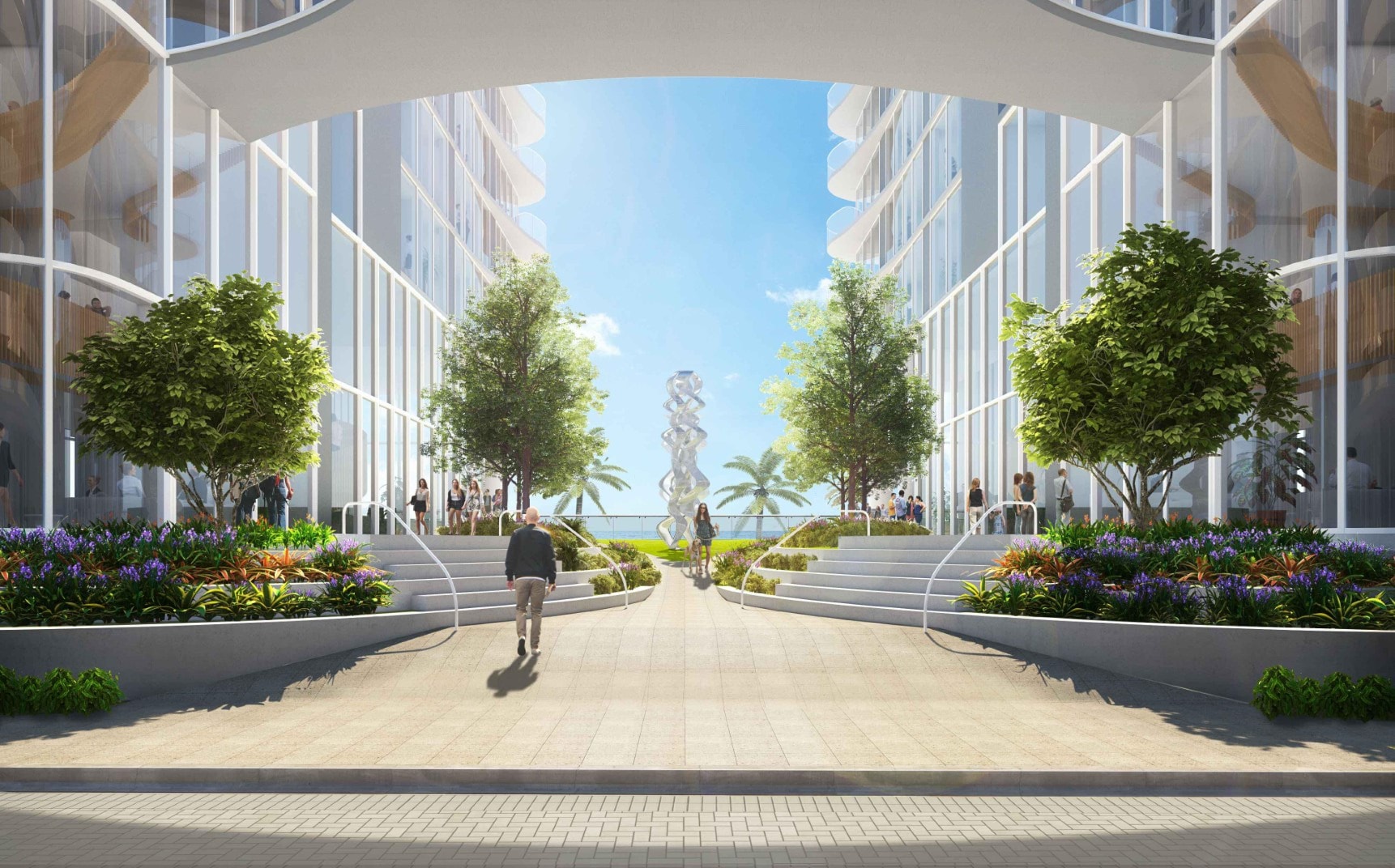 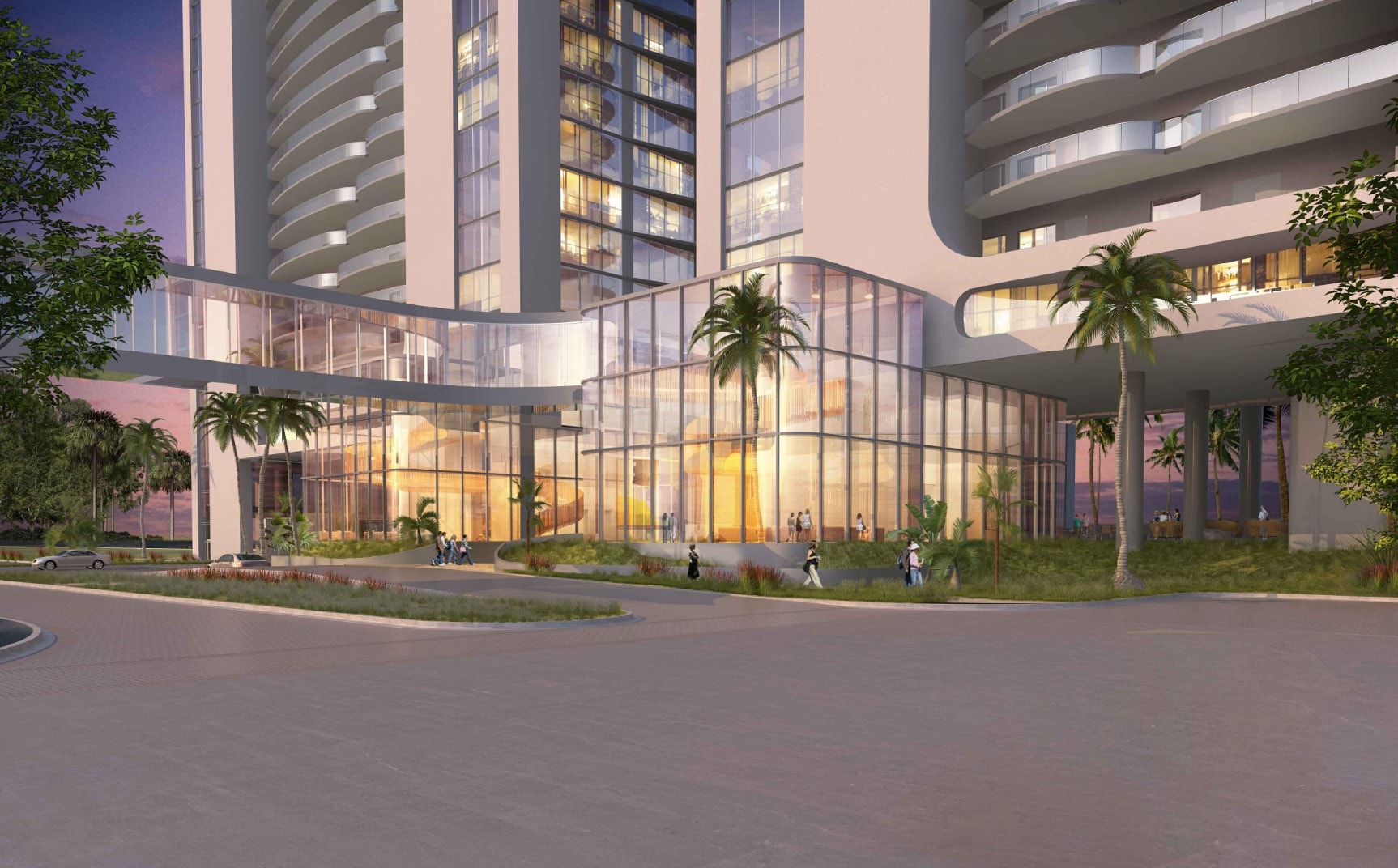 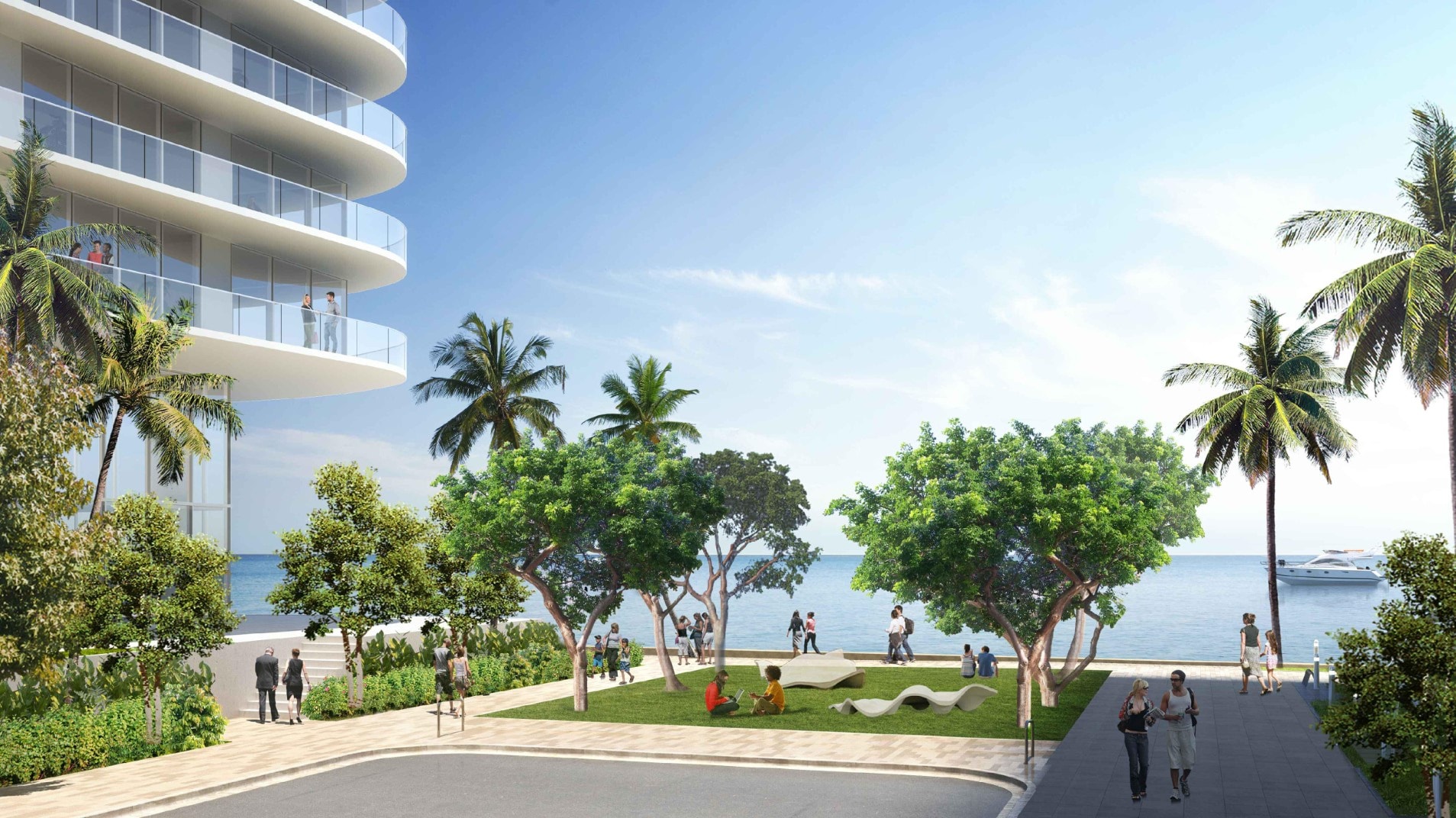