St. Regis Residences will have two towers rising 62 stories each, or 750 feet above ground.

The 750-foot height is taller than anything else in Sunny Isles today, and matches the height of the Bentley Residences tower also planned in Sunny Isles.

The south tower will have 194 condo units and launch sales first, the developers said in a press release. A second north tower is planned to have 180 units, they told the Herald. Both those numbers appear lower than what has been approved.

Last month, the city of Sunny Isles Beach approved the project to include a total of 490 dwelling units, with 260 in the south tower and 230 in the north tower.

There will be a total of exactly 1,000 parking spots, the latest plans show.

Construction is expected to begin in early 2023, with completion in 2026.

Fortune International Group and Chateau Group are the developers.

There is said to be strong buyer interest in the project.

Edgardo Defortuna of Fortune International said they had already received an “overwhelming number of inquiries” at St. Regis Residences Sunny Isles. The developers also recently sold out the $800M Ritz-Carlton Residences nearby, he said.

Arquitectonica is the architect of the two new towers. Interiors are by São Paulo-based Anastassiadis. 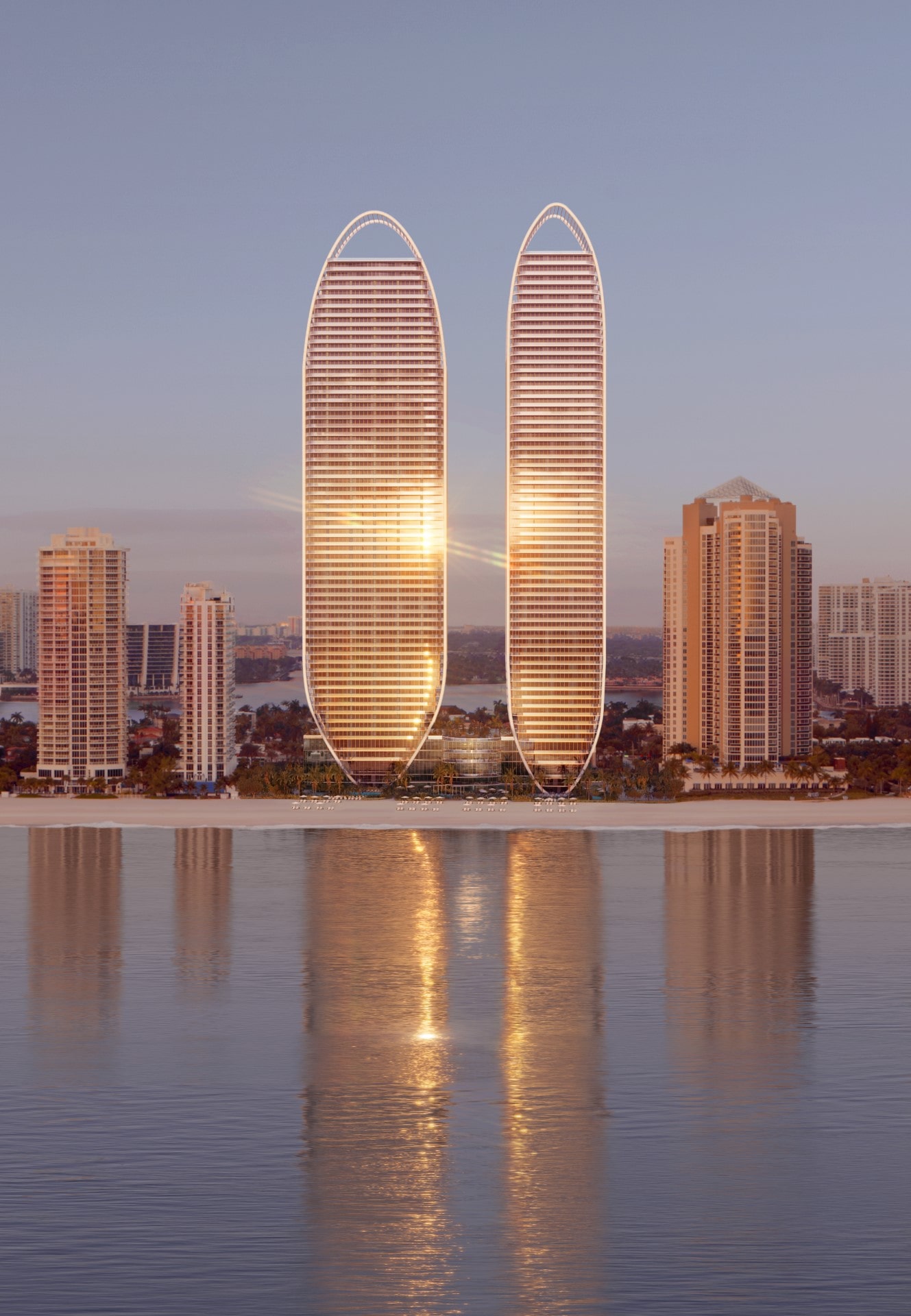