Riverside – an entertainment venue on the Miami River – opened in Brickell over the weekend.

Videos uploaded to social media showed that there appeared to be thousands of people at a Super Bowl party held there yesterday. Total capacity is around 2,000.

In total, there is 120,000 square feet of indoor and outdoor space, including multiple eateries and a brewery.

The project also includes the planting of 120 trees.

While the new riverwalk is permanent, Riverside itself will only be temporarily in place for three years. The valuable land is expected to have a permanent development at some point in the future. 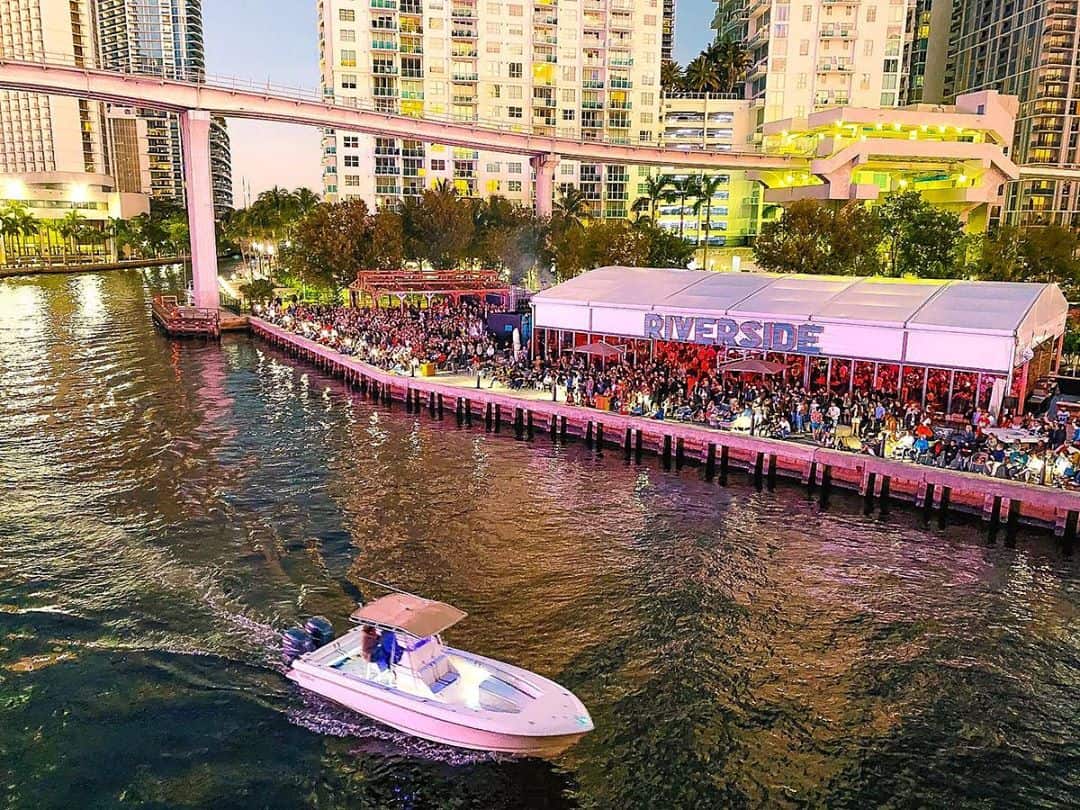