Riverside Opening In Brickell Summer 2019 With 120,000 Square Feet Of Dining, Including Beer Garden

More details of the indoor outdoor dining venue planned next to Brickell City Centre have been released.

Riverside will open in summer 2019, according to a press release from the developer.

“We’re delighted to introduce Riverside to the constantly evolving Miami community,” said Marcelo Goulart, Riverside spokesperson. “In the concrete jungle that is Brickell, we wanted to create a unique oasis that will be anchored with a waterfront view, live entertainment, gastronomy, libations and special events.”

Riverside is set to create a unique waterfront experience with signature restaurants, grab-and-go local restaurants and bars, a taproom courtesy of Miami River Brewery, and much more, including open event spaces and a beer garden. Riverside will introduce an elevated food and beverage program with two full-service restaurants, AWA, an Asian cuisine concept, in addition to a high-end steakhouse. Guests can also expect fast-casual concepts from local favorites including Le Chick, Old Lisbon and Morgan’s.

There will be 120,000 square feet of indoor and outdoor dining space.

Upon entering the venue, guests will be greeted by over 120 trees native to Florida, along with new vegetation illuminating the beer garden. The taproom will feature a selection of flagship brews, and a rotation of small batch specialty beers. Miami River Brewery will have a variety of craft beers on tap, including signature and seasonal brews, plus local collaborations. An air-conditioned area will also be available, including a bar with live television and sports games.

Patrons will be able to travel to Riverside by boat, car or Metromover.

A waterfront “boardwalk” will connect to Brickell Avenue, and the existing boardwalk will also be extended along the South Miami Avenue bridge, the developer say. The walkway will also allow to access the river boardwalk from 5th street and will feature art installations by Jeffrey Barone.

Riverside will be open daily for lunch and dinner. The venue will be family friendly to the public throughout the daytime. 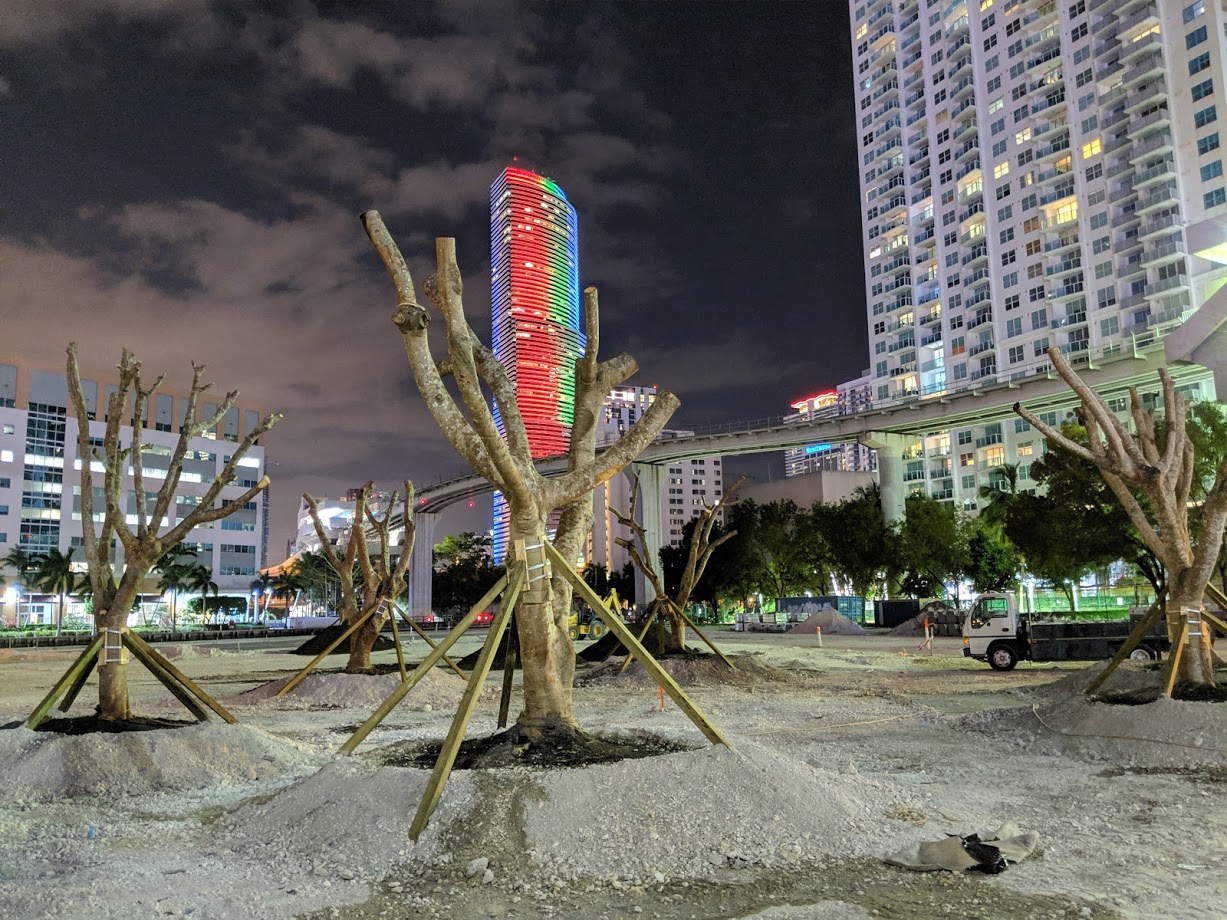 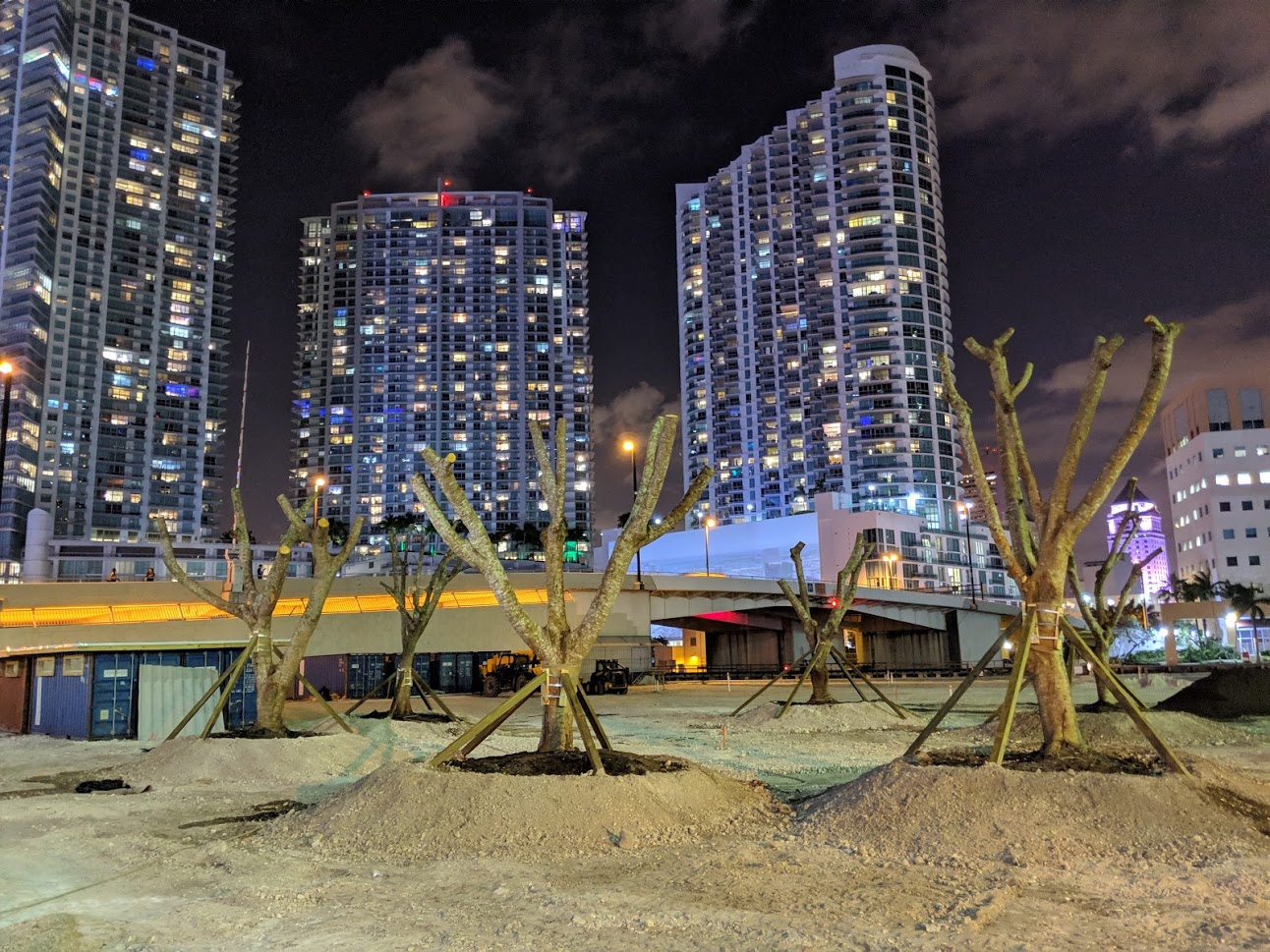 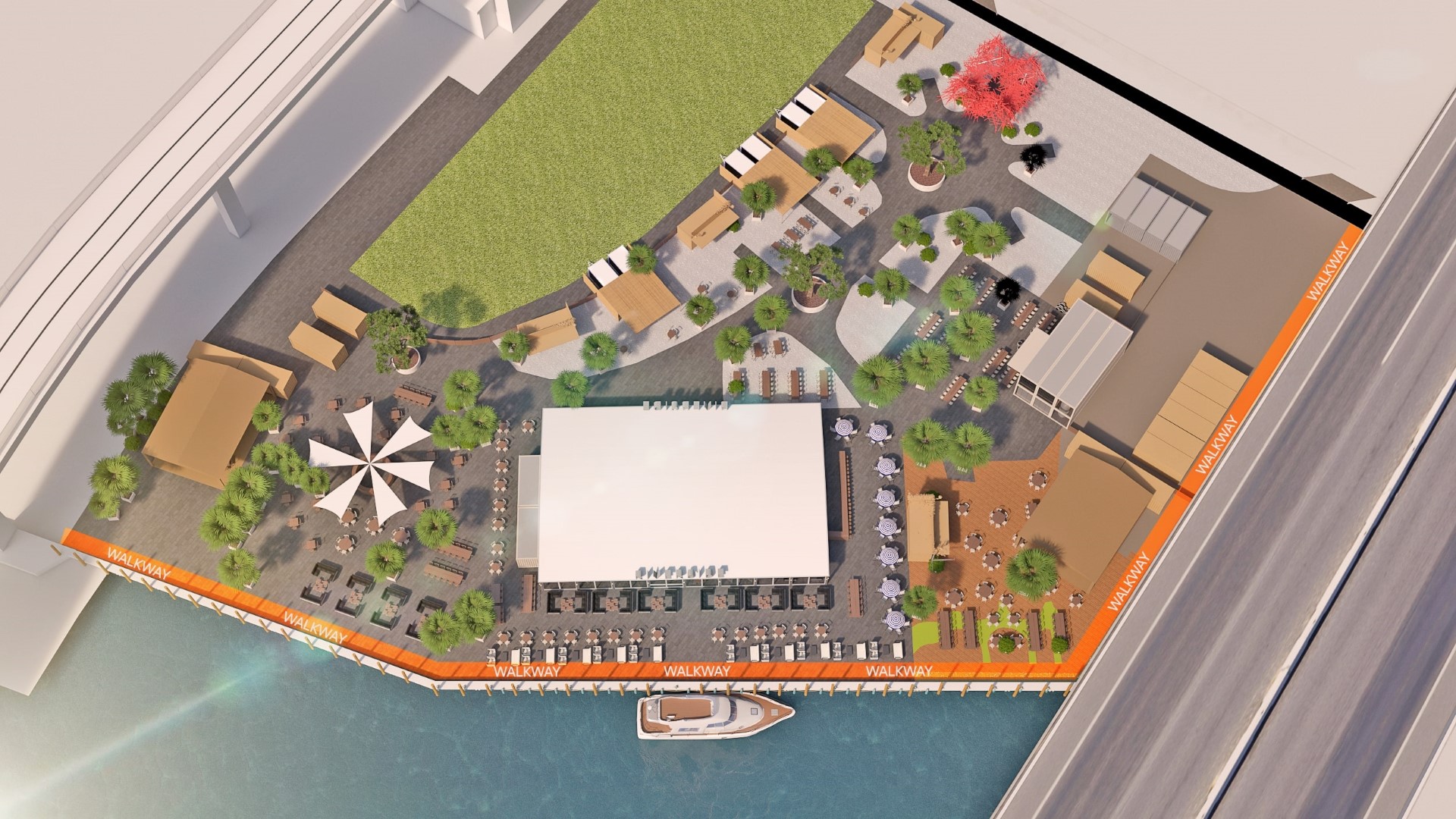 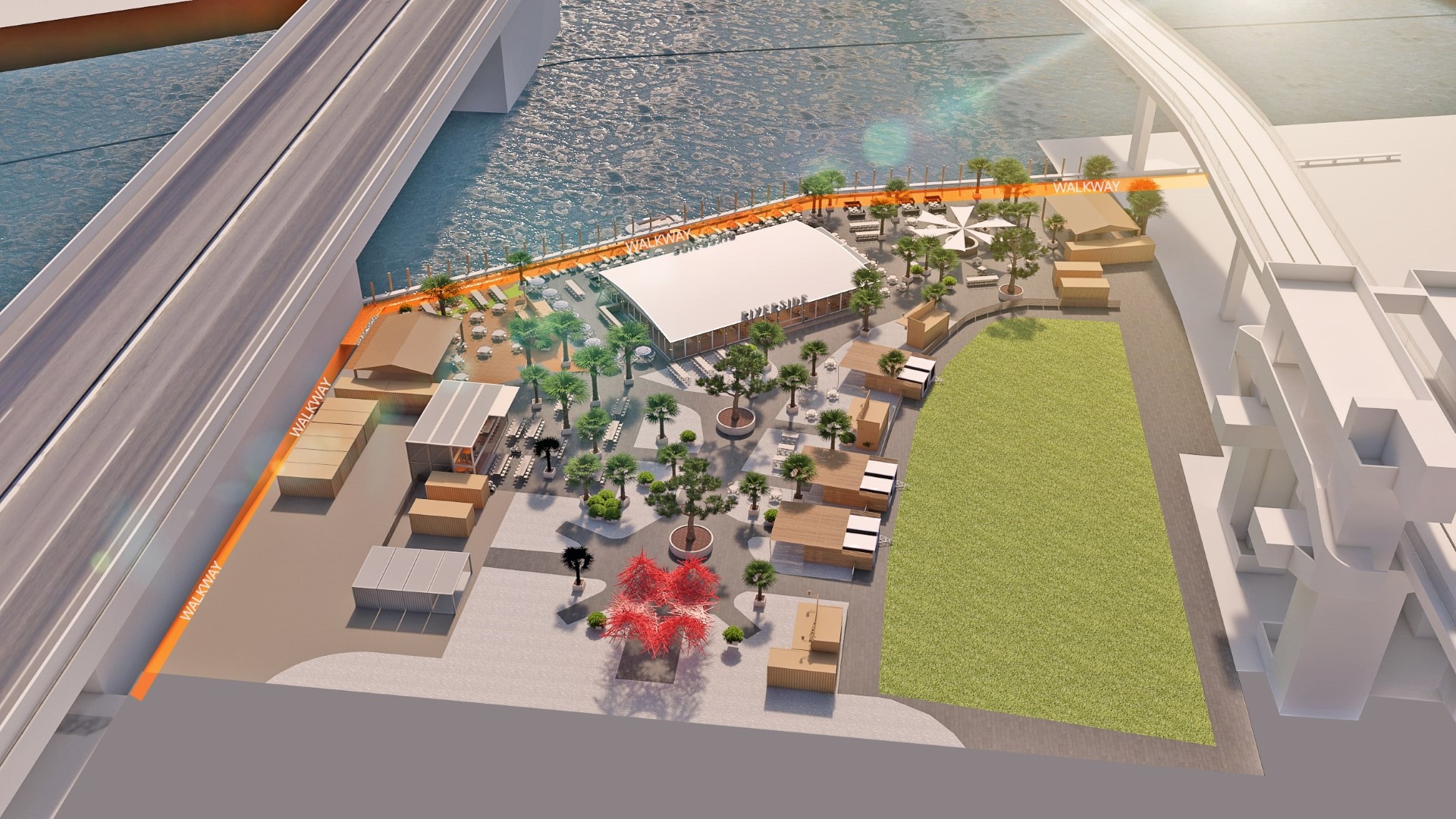