Plans for an entertainment and hotel development at Riverside Wharf have been submitted to Miami’s Urban Development Review Board.

Riverside Wharf is planned to include a Dream Hotel, entertainment, and food and beverage outlets on the property currently housing The Wharf.

According to the newly submitted plans, the new Riverside Wharf complex will include:

Zoning rules require 417 parking spaces to be built. The developers are asking for a 50% Transit Oriented Development area parking reduction, and a further reduction by sharing the commercial and hotel spaces, bringing it down to 192 parking spaces required. The spaces are to be provided offsite.

The property where Riverside Wharf is planned partly includes publicly owned land. Miami commissioners have scheduled a special election for August 23 to decide on whether the land can be leased to the developer in a revised deal (voters already approved a lease earlier under different terms), according to The Real Deal.

Cube3 is the architect, with MV Real Estate Holdings the developer.

The UDRB is scheduled to review the proposal on March 16. 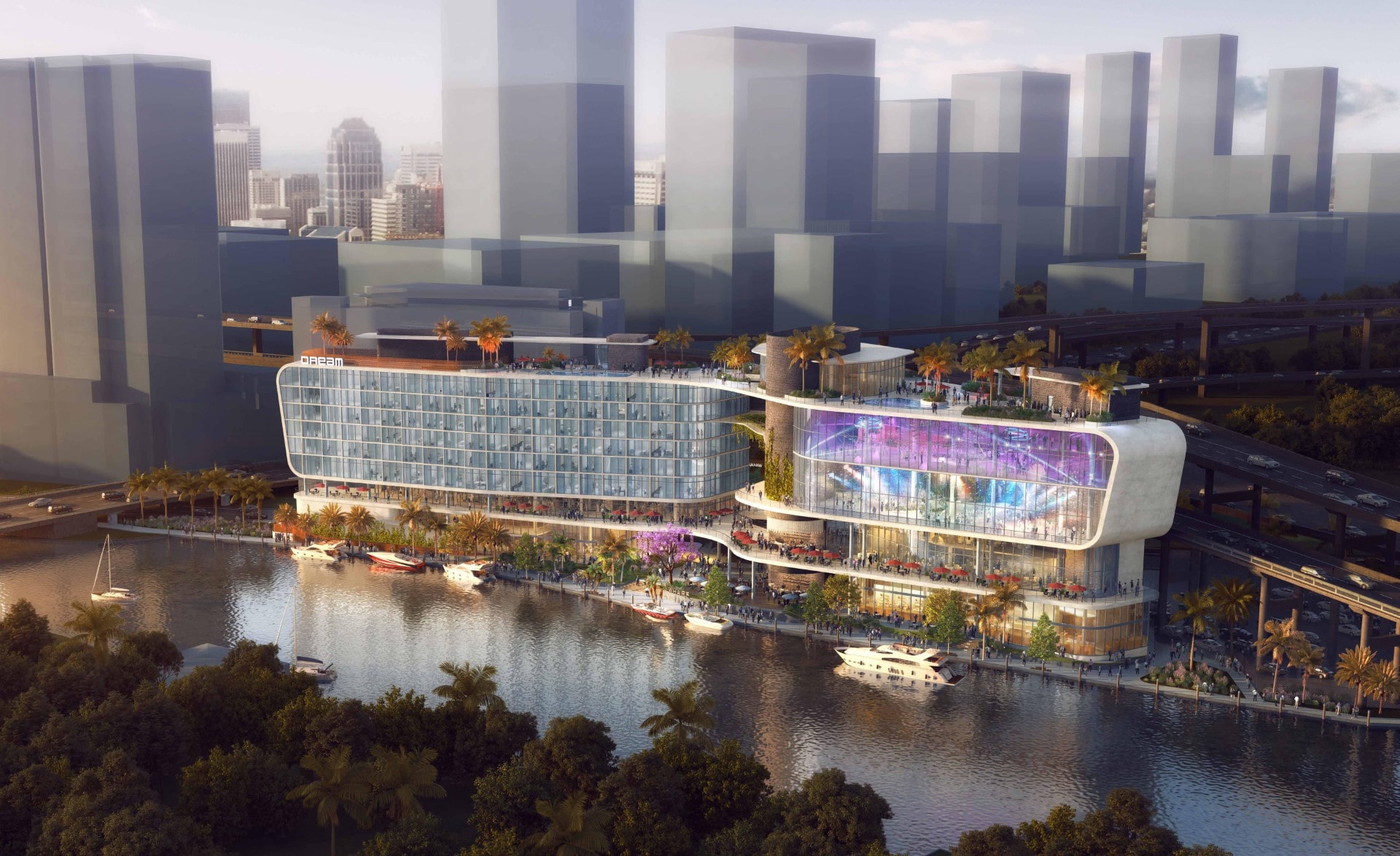 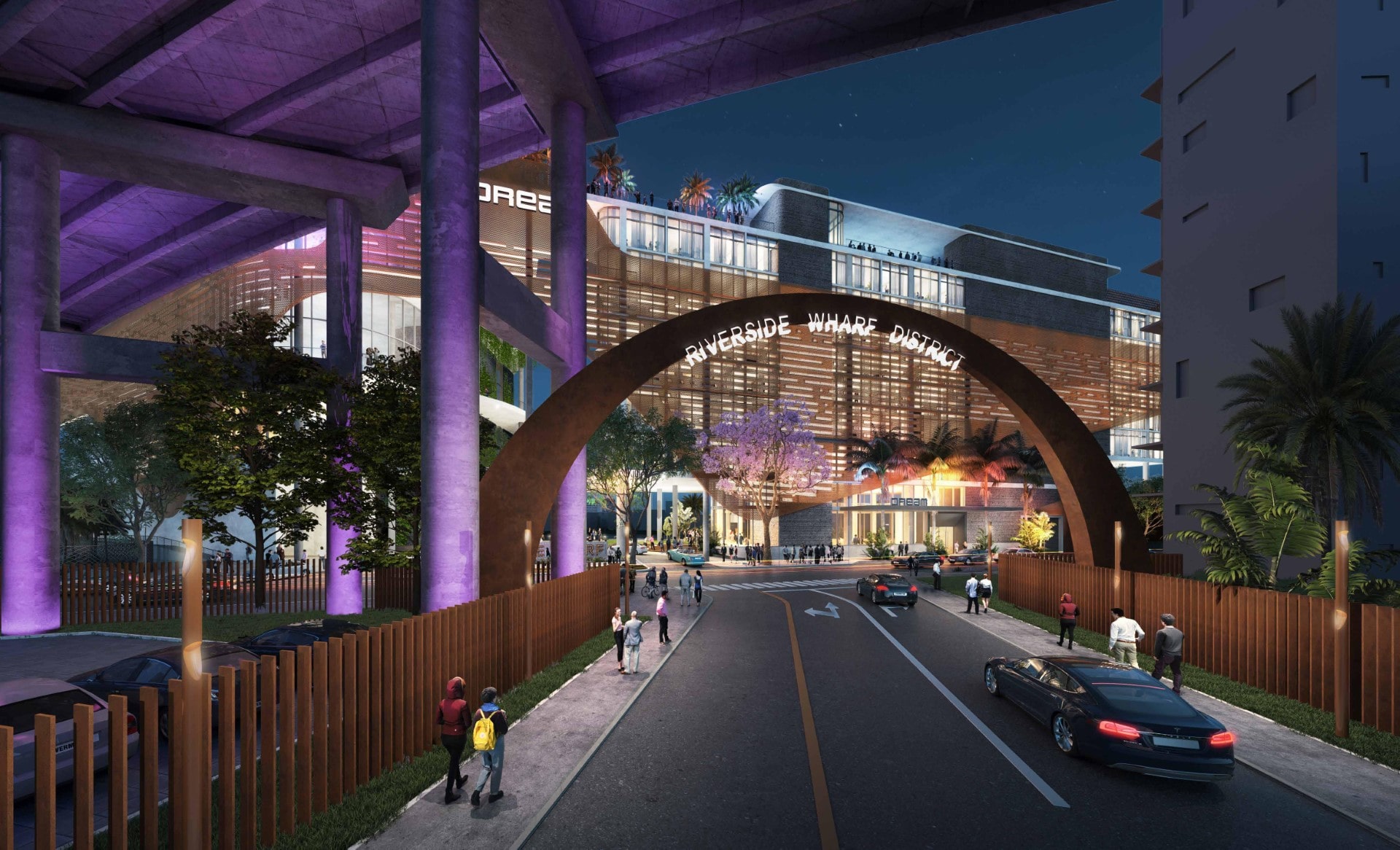 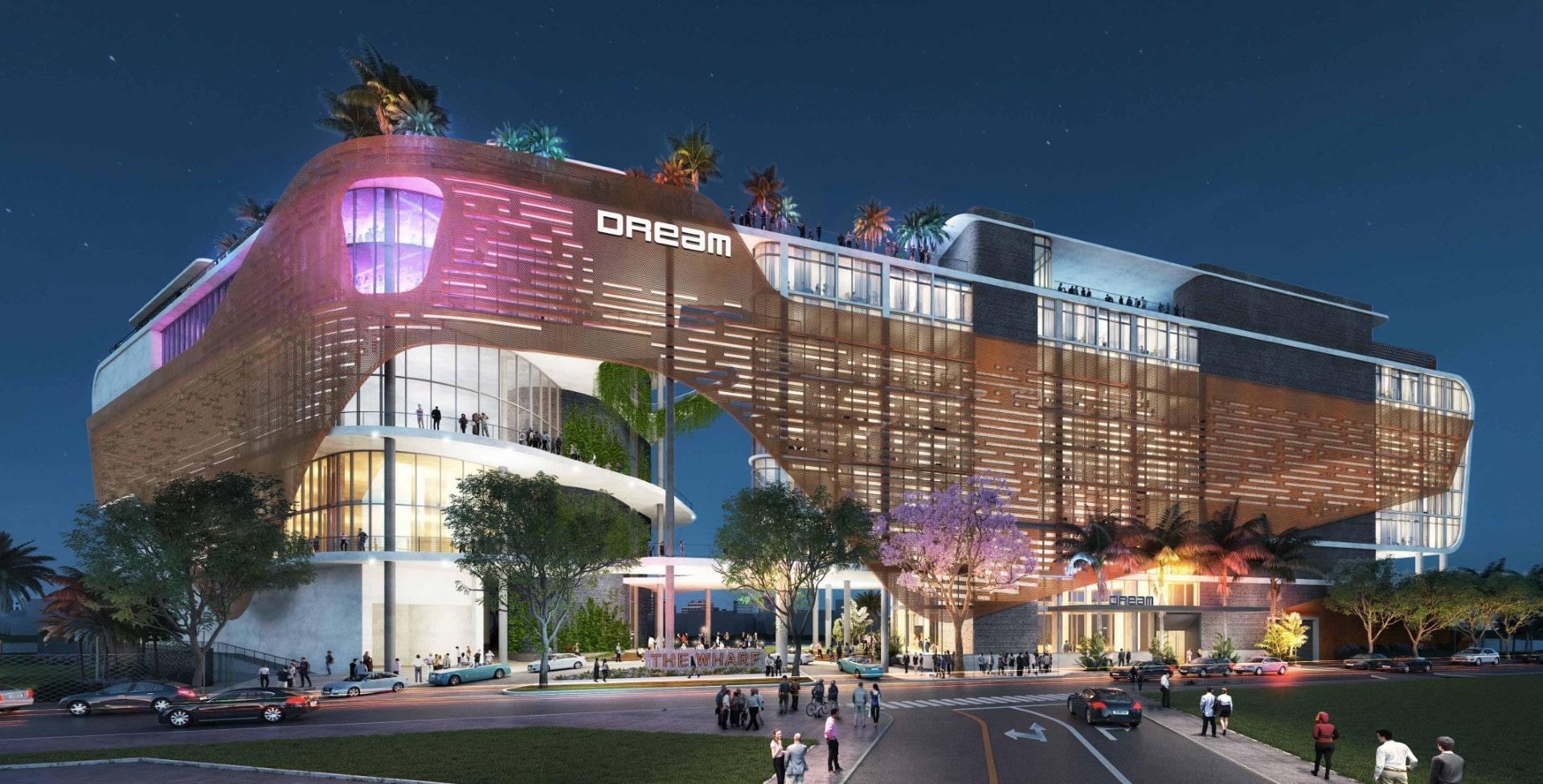 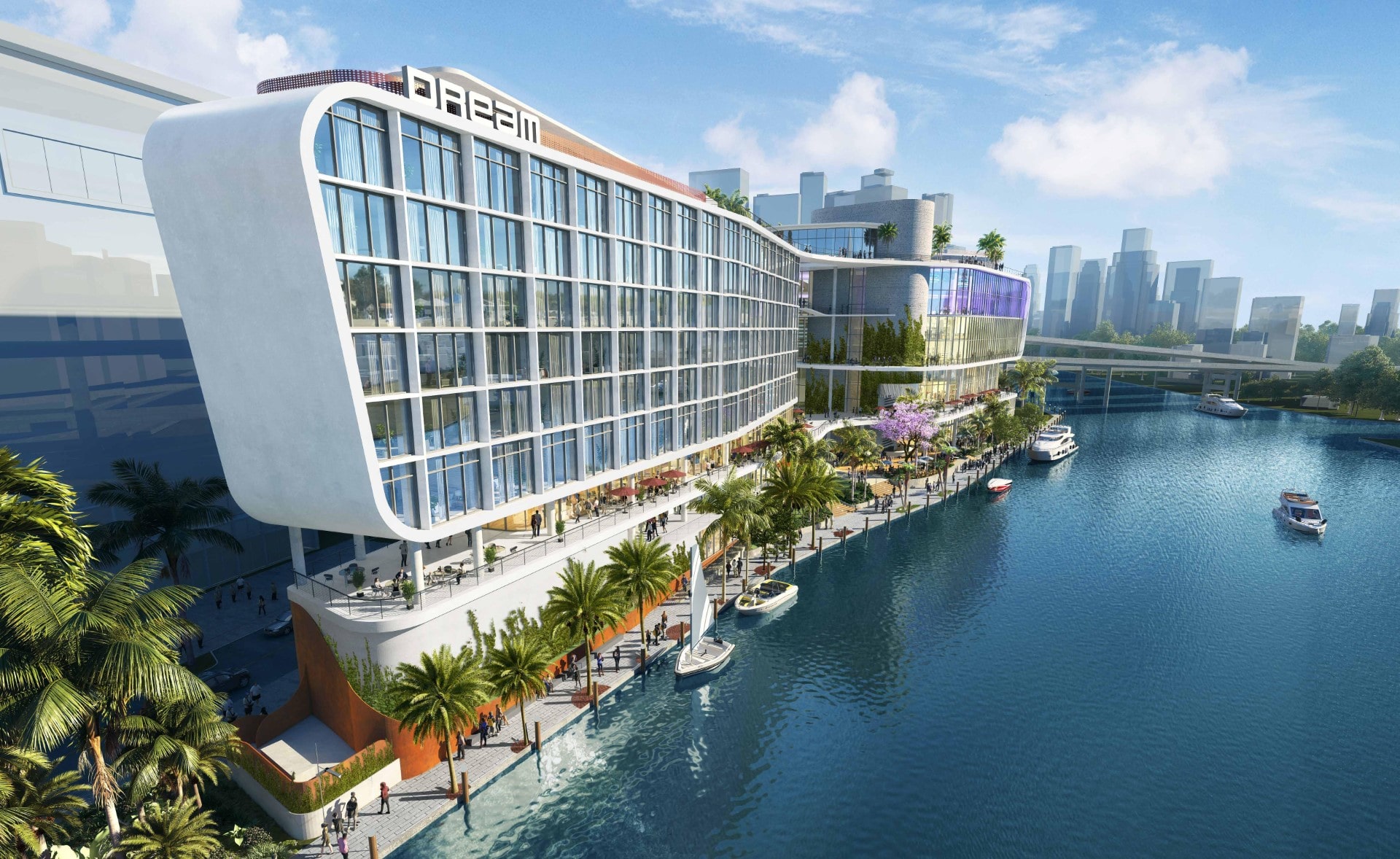 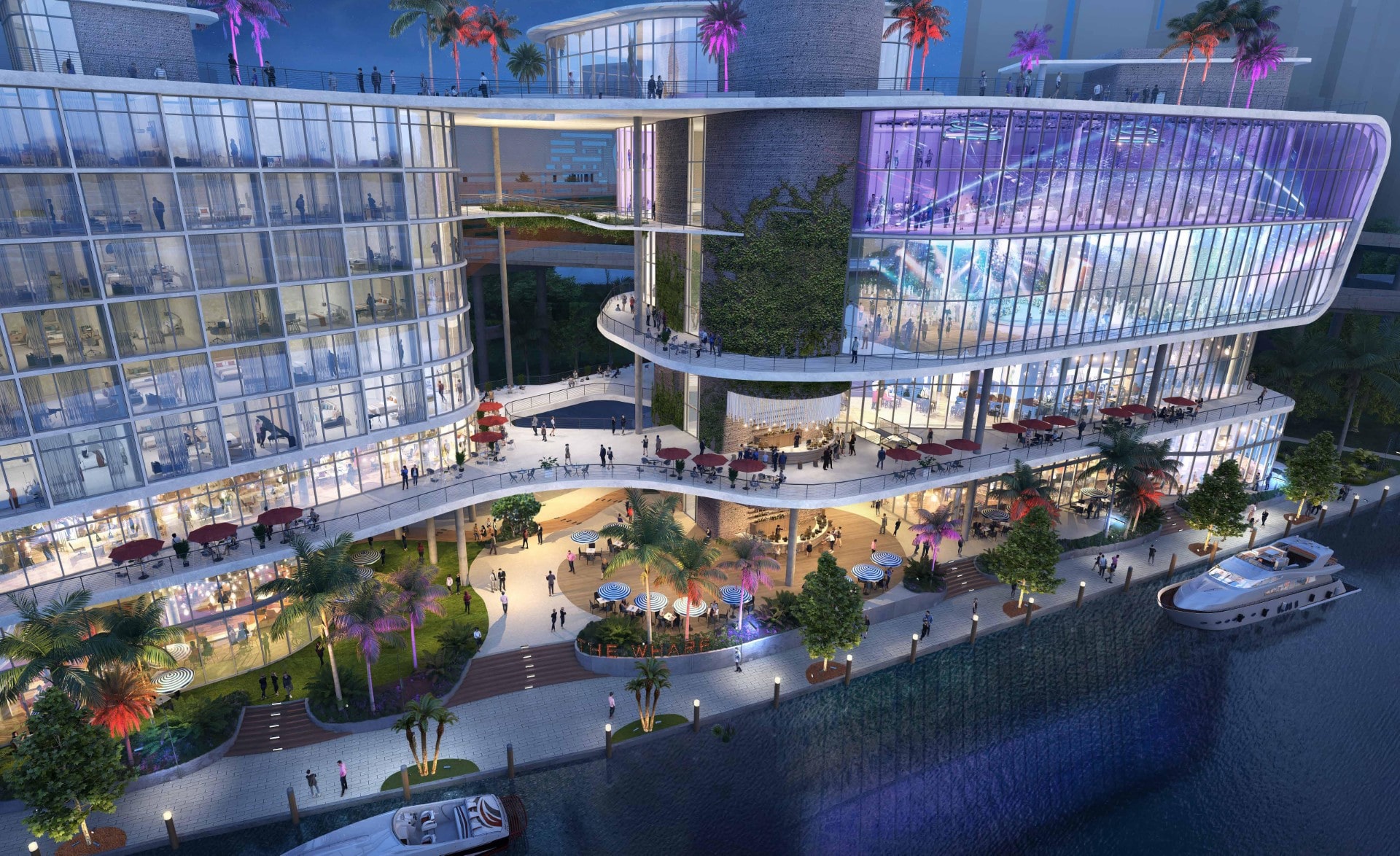 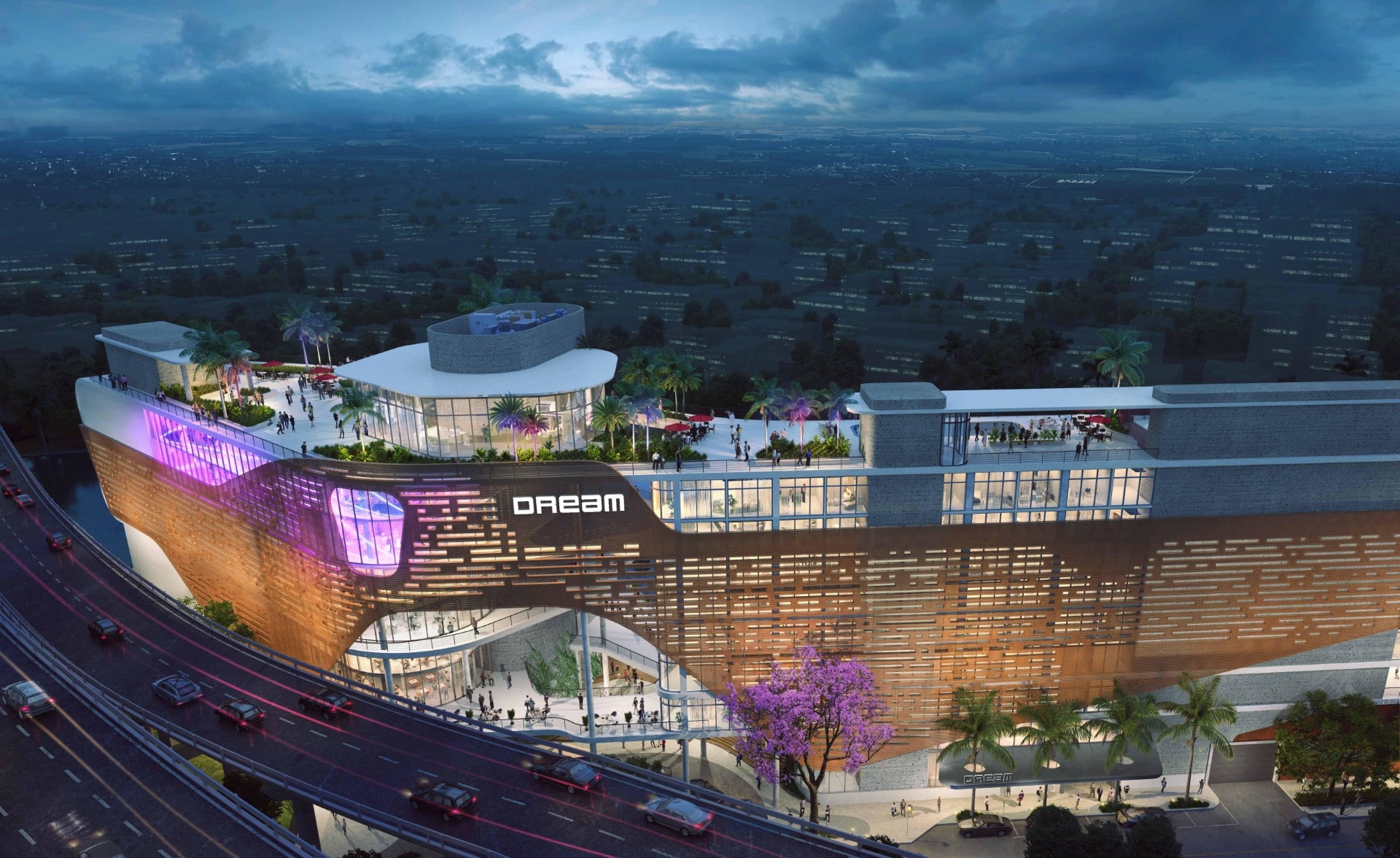