Royal Caribbean is proposing to build a $300 million office campus on land owned by Miami-Dade County at PortMiami as an expansion of their global headquarters there.

A new building would be constructed, while two existing buildings would be renovated, and a third demolished. Employee capacity at the HQ will increase from 2,200 to 4,200. The additions include:

The new building is designed to look like a ship, with the company’s logo on top visible to airline passengers, according to the Herald.

Minimum construction cost being committed by the company for the new campus is $300 million. Competitive bidding for the land will be waived, and a lease will be offered for 40 years with two 5 year extensions.

The county is also committing to not block views of downtown Miami from the new office for the entire term – including on land that could eventually be used for a new cruise terminal. No negotiations for an adjacent parcel are permitted with any other company until 2027, and even after that Royal Caribbean will have a six month right of first refusal.

A Miami-Dade committee approved the deal as a last minute add-on at a meeting yesterday, with almost no public notice.  That is in contrast to David Beckham’s proposal for a stadium on the same land, which never even made it to a vote after Royal Caribbean fought it by purchasing ads in local TV stations and in newspapers.

Groundbreaking is scheduled for June 2019, with completion in October 2020. Renovation of the existing buildings will be completed in fall 2021.

HOK is the architect. 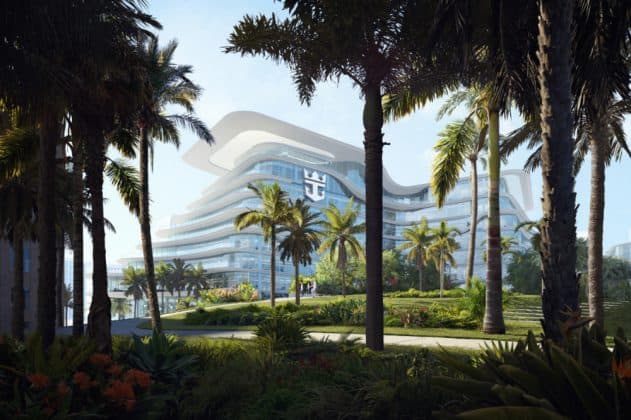 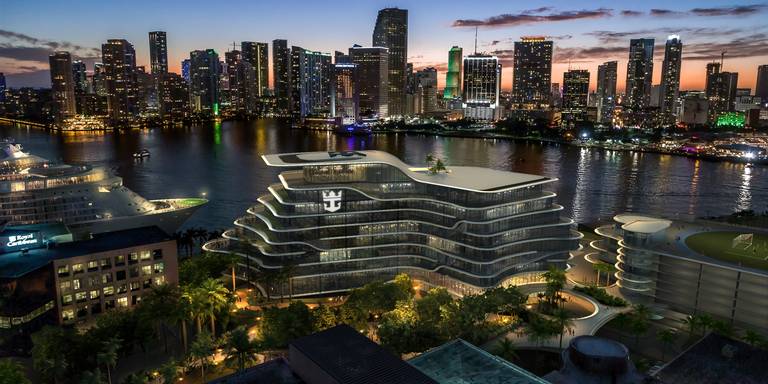