Cruise company Royal Caribbean is building a Miami headquarters campus for 4,200 employees, and construction of the building’s shell has now reached level three.

The company is spending $300 million on the high-tech HQ, in a bid to lure top-tier employees from around the world to Miami.

Some of the amenities will include a soccer field, volleyball court, basketball court, fitness center, and electric car chargers

The new 10-story building will have 350,000 square-foot of space, which will be combined with RCL’s existing buildings, due to be gutted and renovated.

Completion of the new building is scheduled for 2020, the company said in a press release last year.

The HQ site as seen from a downtown Miami high rise: 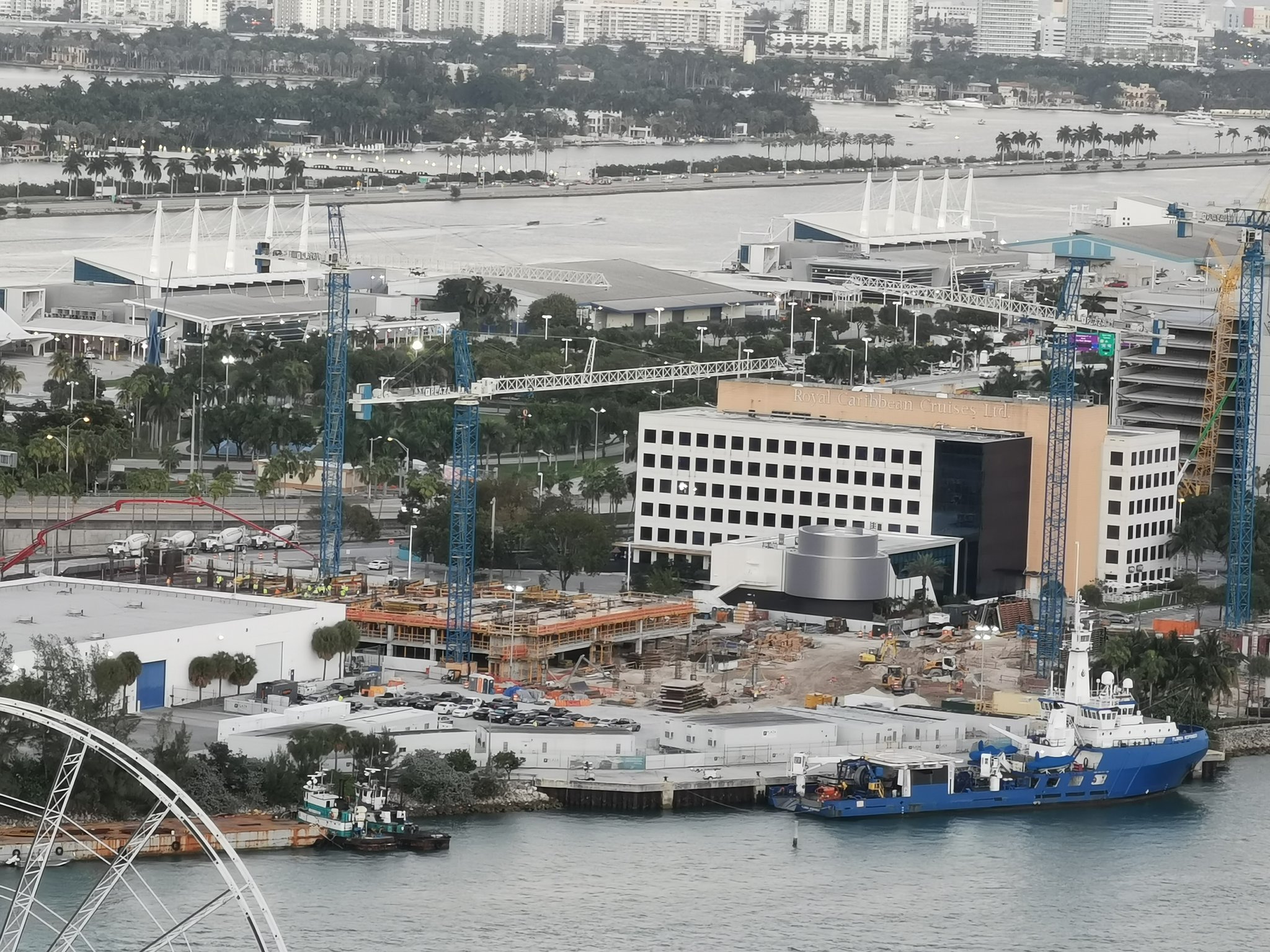 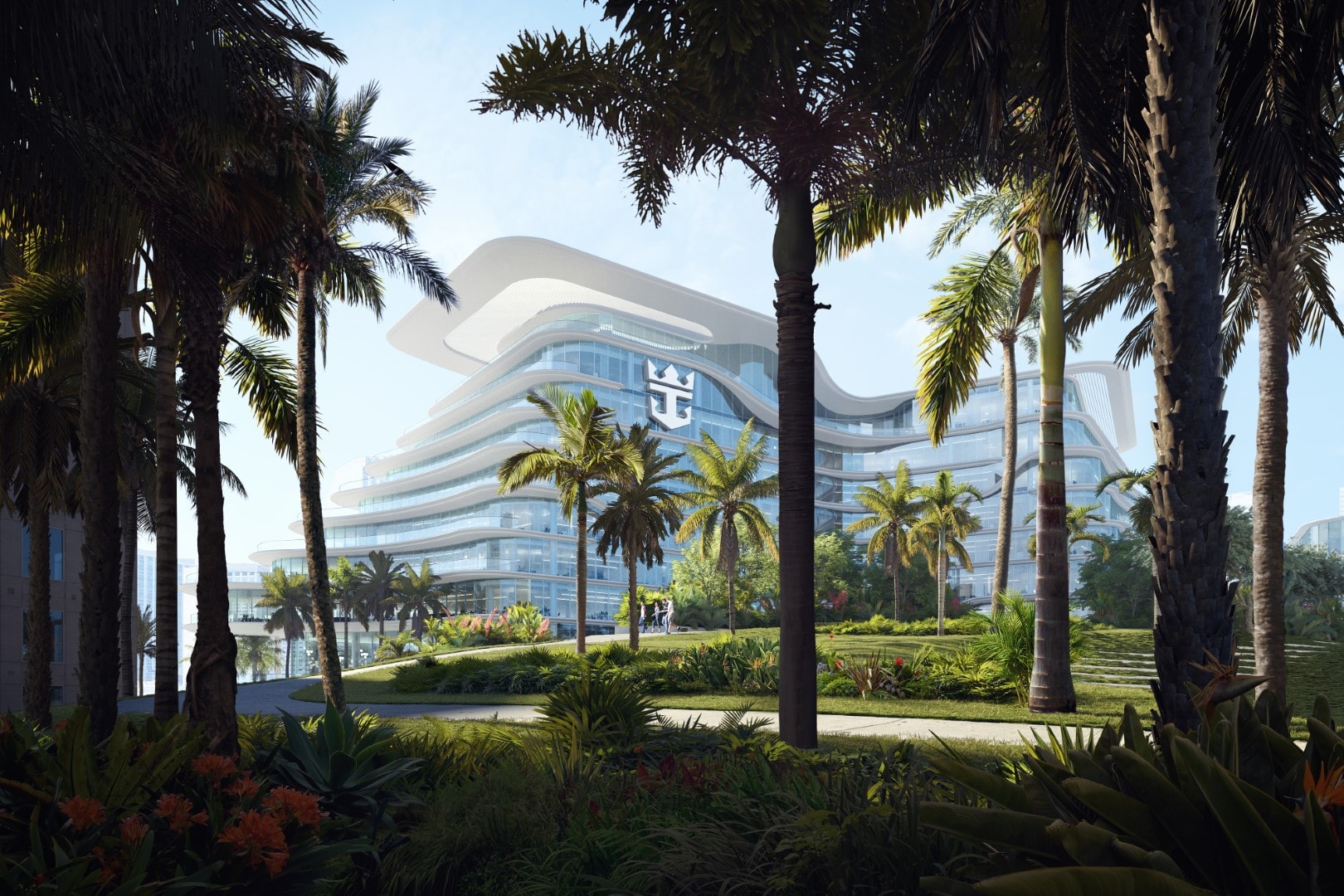 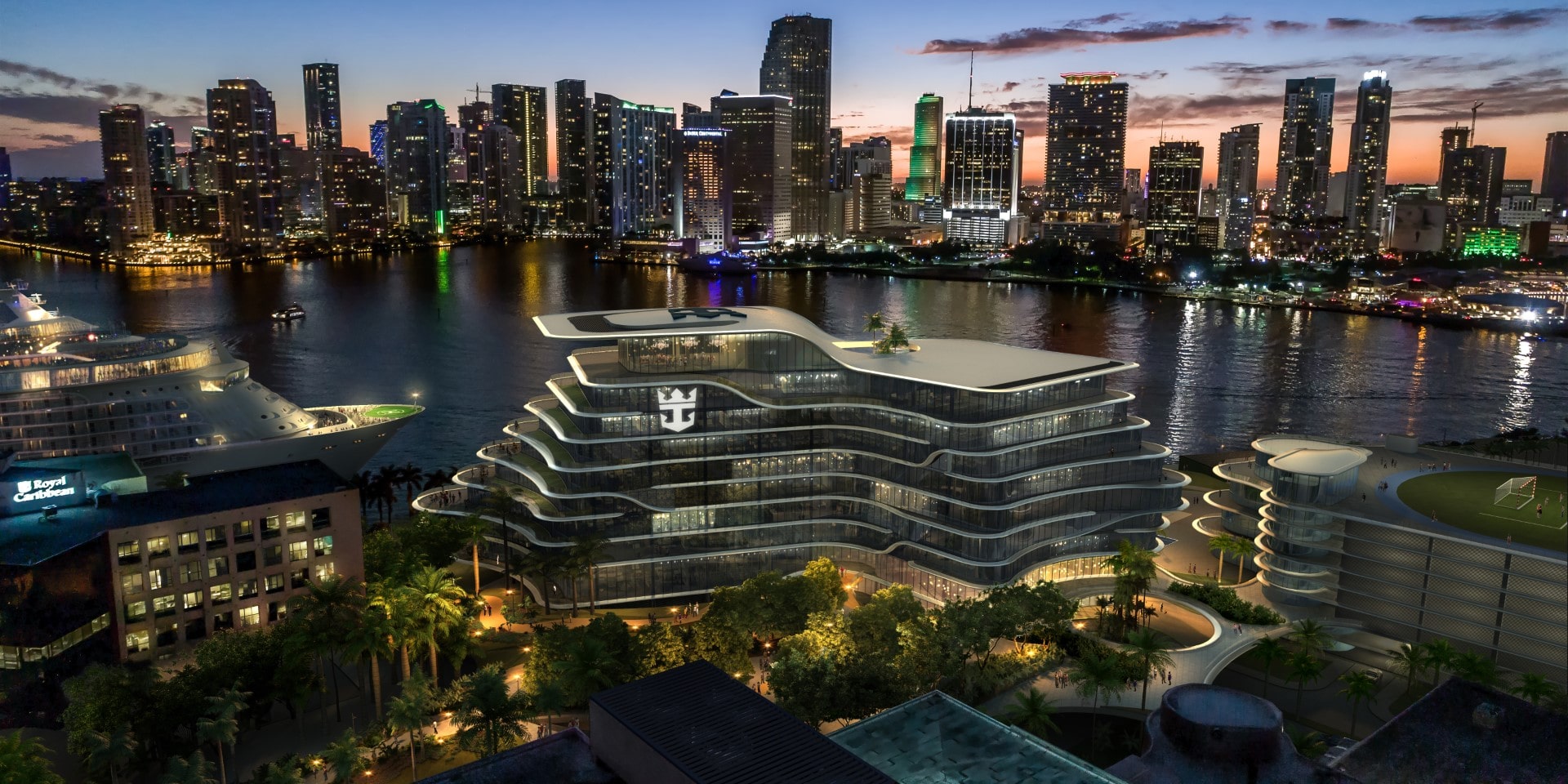