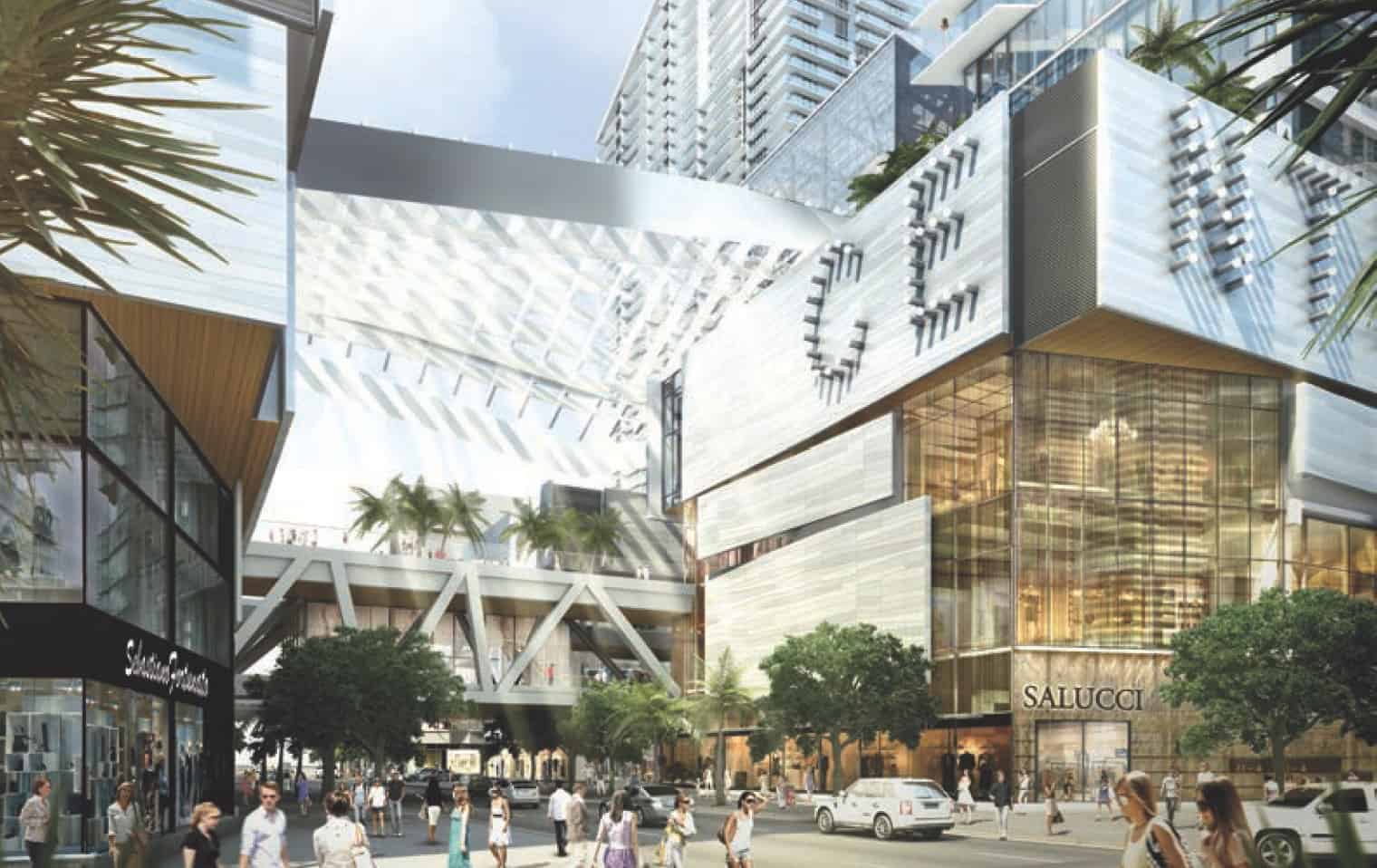 Saks Fifth Avenue has signed on as anchor tenant at Brickell City Centre:

Saks Fifth Avenue to target the high demand for luxury shopping in Miami.

“Miami is a gateway for the international consumer and we know this buyer, understand their lifestyle and their demand for quality and luxury. We envision Brickell City Centre as the nexus of Miami’s cosmopolitan lifestyle and booming economic growth, and want to work with brands that are leaders in the luxury market,” said Stephen Owens, president of Swire Properties. “Saks Fifth Avenue is a world-class retailer and a perfect department store for Brickell City Centre.”

Brickell City Centre is set to bring urban living to the Brickell neighborhood, a bustling business epicenter which attracts both the high net worth resident and an international clientele. Brickell City Centre is a landmark $1.05 billion mixed‐use development of 5.4 million square feet including office, residential, hotel, retail and entertainment space, and underground parking, currently under construction. The project will span 9.1 acres along South Miami Avenue between Sixth and Eighth Street in the Brickell district of Downtown Miami.

“Bal Harbour Shops has a long and storied relationship with Saks Fifth Avenue. Saks caters to their clients by creating innovative shopping experiences that fuse contemporary culture and high fashion,” said Matthew Whitman Lazenby, president and chief executive officer of Whitman Family Development. “Saks’s continued growth in Miami is evidence of the continued demand for luxury retail in this market, and it is clear they are a powerhouse in that segment and will offer Brickell an incredible selection of the world’s foremost fashion brands.”

Marigay McKee, president of Saks Fifth Avenue says, “In keeping with our strategy to take Saks Fifth Avenue to the single most fashionable and global shopping destination, we want to cater directly to our international clientele from this location. Brickell City Centre will provide access to the North and South American sophisticated and selective consumer in the internationally–flavored Brickell neighborhood.”