Scooter Wars Rage As Brickell Heights Bans Them From Their Sidewalks, While City Now Demanding Drivers Licenses To Ride

The City of Miami is now requiring drivers licenses to rent an electric scooter, while some property owners appear to be banning them altogether from their properties.

The drivers license requirement went into effect on November 1. A scan of a license is required before the scooter can be operated.

Lyft was one of only two companies meeting the new license scan requirement as of last week, according to a spokesperson. The company also hosted a free helmet giveaway and scooter demo at Bayfront Park last week.

Some property owners are moving to reduce scooter usage (or at least parking) in front of their building.

The sidewalk in front of the Brickell Heights condo towers is among the busiest for pedestrians and scooters in the city, but new signs placed by the condo association in the public right of way state bicycles, scooters, or “any mode of transportation” are not permitted to be parked there. Locked vessels will be removed, signs warn (it isn’t clear how the Brickell Heights condo association would be allowed to remove items from the public sidewalk).

Across the street at Mary Brickell Village, a signs warns scooter riders to dismount while riding on the sidewalk past the mall. Security guards there said they were only enforcing the rule on those who tried to bring scooters inside the mall property. 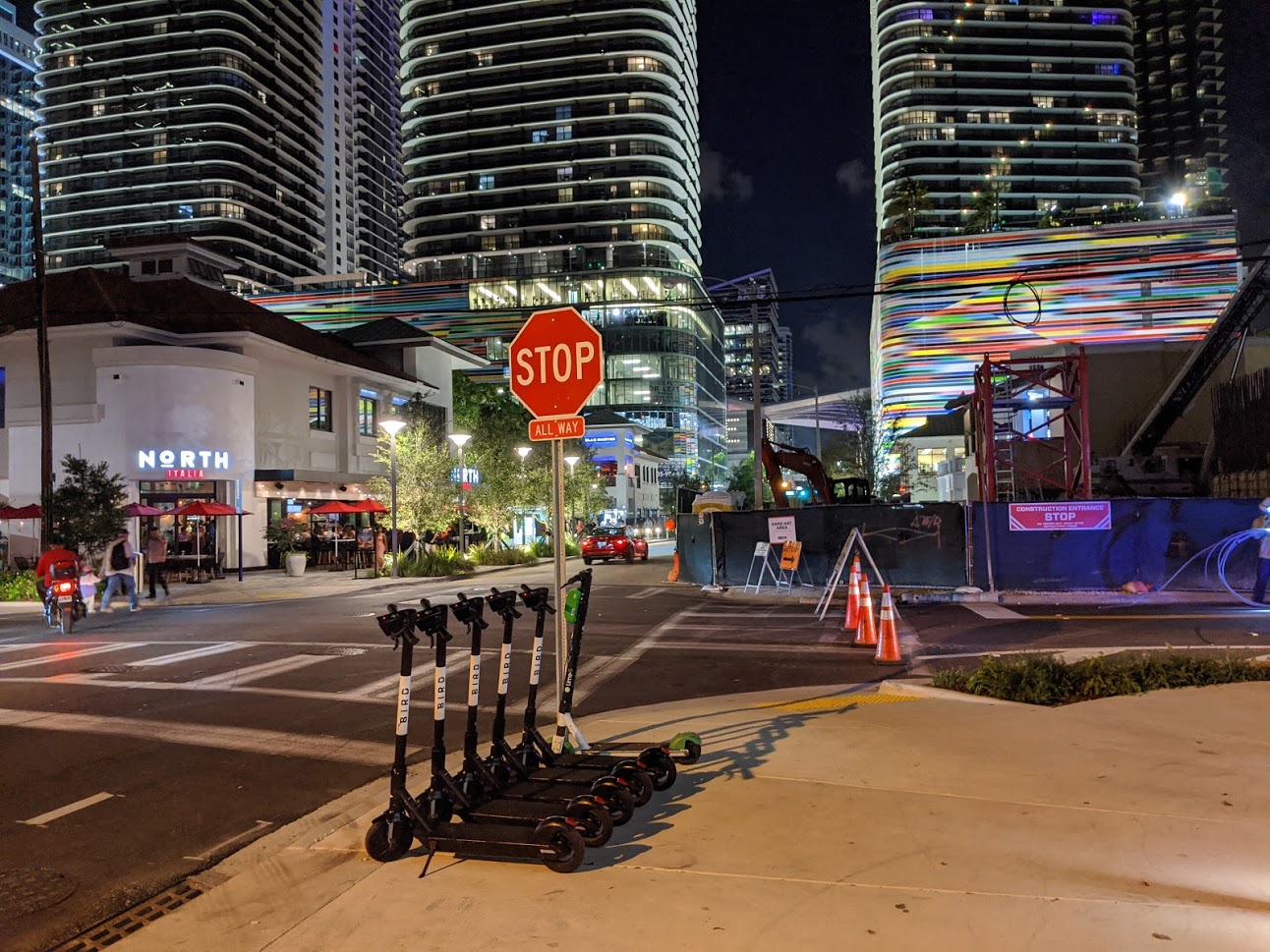 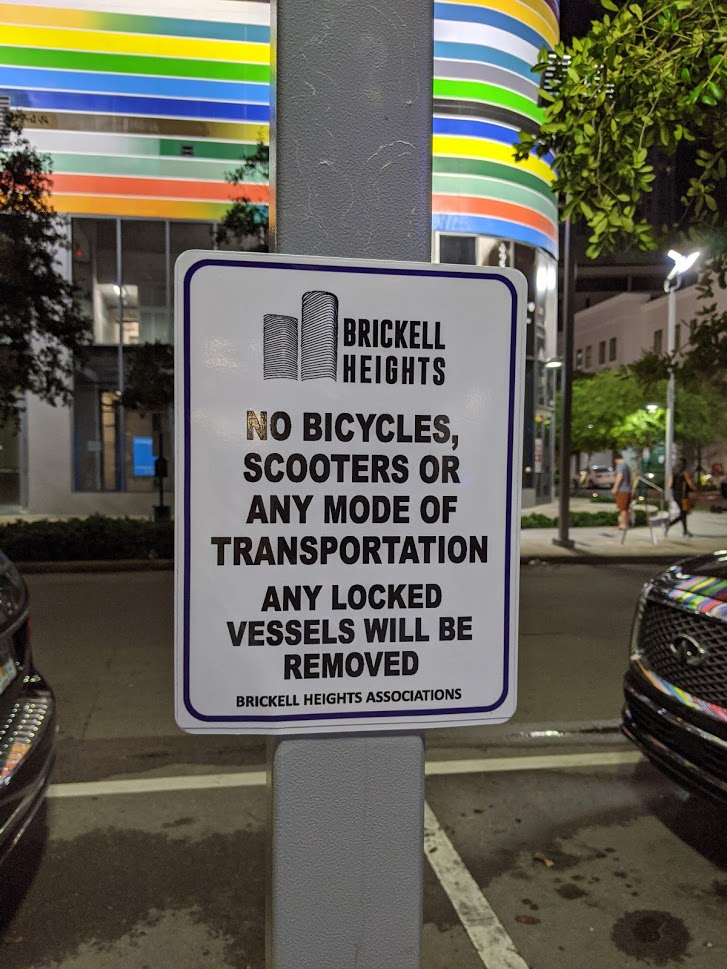 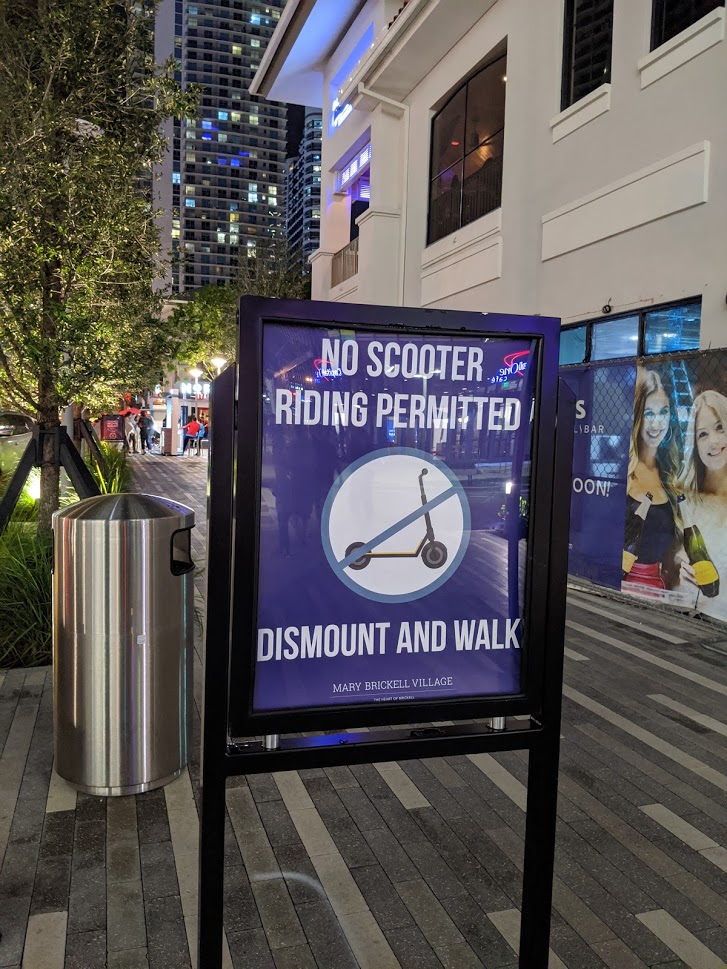