Second 52-Story Tower Set To Top Off This Week At Melo’s Downtown 5th, Just One Year After Groundbreaking

The second 52-story tower at Downtown 5th is about to top off.

Shell contractor L&R Structural Corp. wrote on Tuesday that the roof pour for the west tower is scheduled for this week.

The first Downtown 5th tower topped off in October 2020.

It is also the biggest project ever for Melo Group, the prolific Miami developer.

The towers are being built to a height of 495 feet above ground. 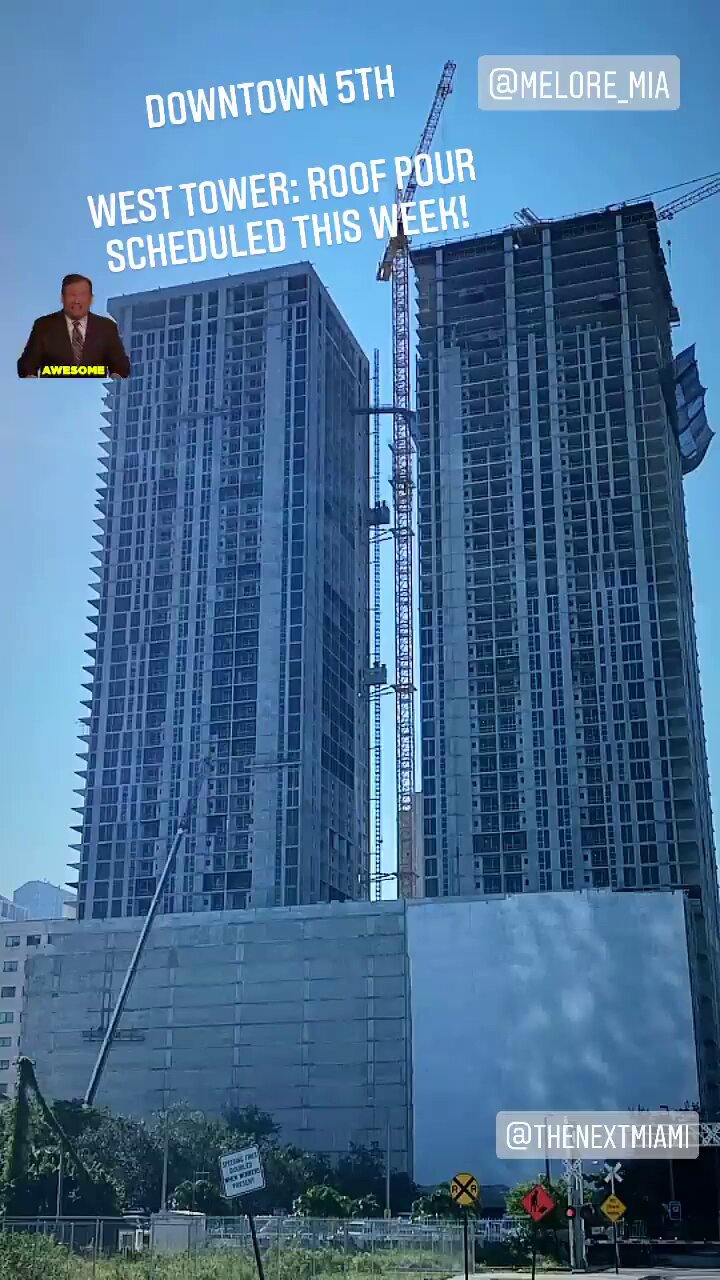