More proof that demand for apartments in downtown Miami remains red hot: a second 53-story tower at Melo Group’s Downtown 5th complex is now completely leased, even though it hasn’t yet opened.

That means that 100% of units in the CBD’s biggest ever apartment project has now been rented. The complex has a total of 1,042 apartments.

The first 53-story tower opened in mid-July with all 521 units pre-leased.

In just one month, the remaining 40% of units in the second tower have been pre-leased and both towers have now reached the 100% mark, a spokesperson for developer Melo Group told The Next Miami yesterday.

Residents are now moving into the first tower, and a TCO is expected for the second tower soon allowing move-ins to begin there.

Last month, Melo said that about a quarter of the new residents are relocating from elsewhere in the U.S.

Construction on the first Downtown 5th tower began in December 2019, with top off taking place in 47 weeks, which was said to be a record for a building of its size.

The developer also owns the site next door where they plan a project called Downtown 6th.

Melo is also now building their tallest tower ever a few blocks away, the 60-story Downtown 1st with 560 units.

In total, Melo has plans for another 4,000 units on land they have acquired in downtown Miami.

Update: The second tower hasn’t yet opened but is expecting a TCO soon, a spokesperson for Melo Group said, correcting an earlier statement. 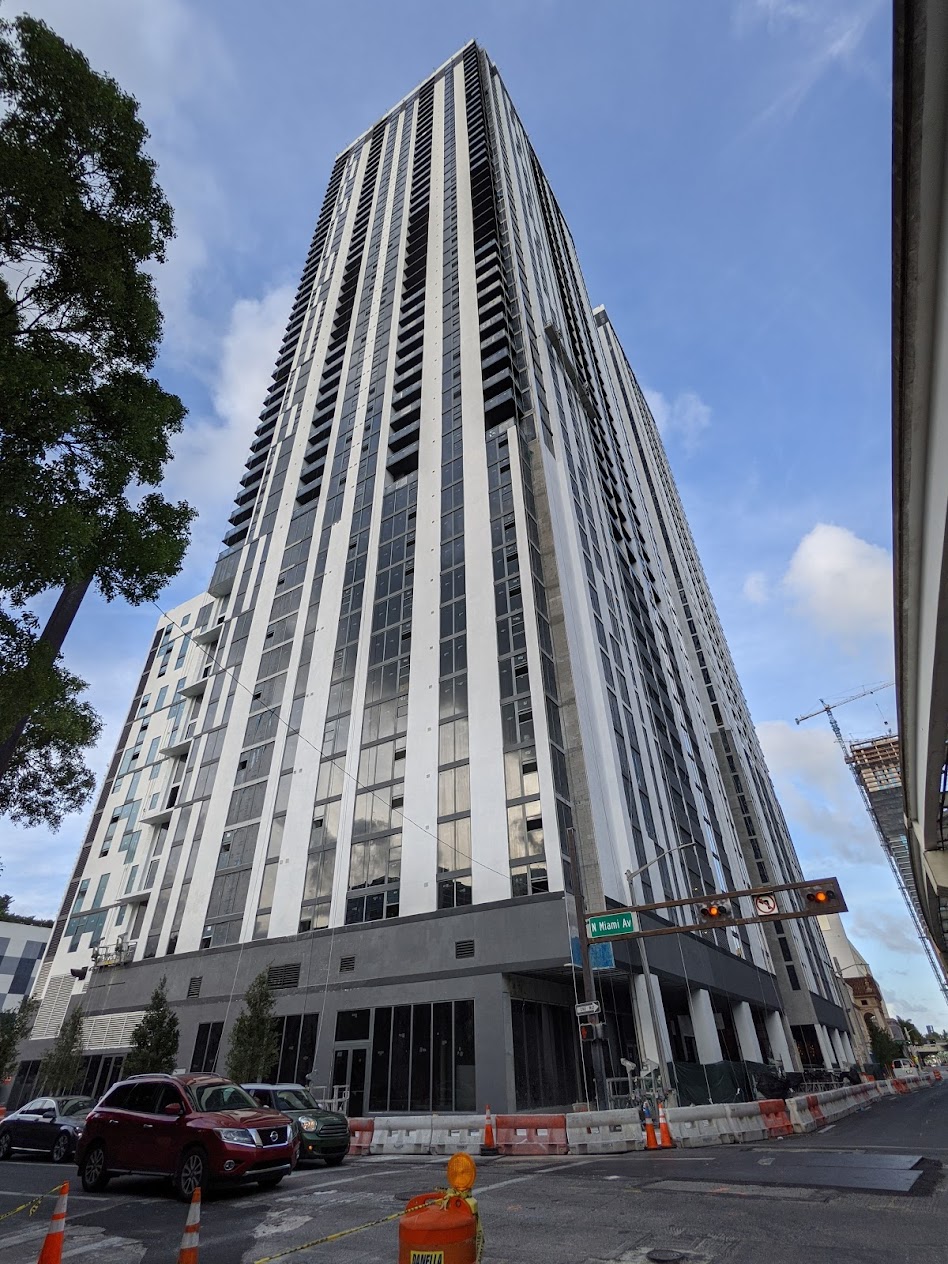