Resorts World Miami is planning a semicircular layout for a three-tower project at the former Miami Herald site, a document obtained by The Next Miami shows.

The document was submitted in January 2017 to obtain FAA approval. All the three towers were approved by the FAA in June at an identical height of 649-feet above sea level.

It is the same site layout that was used by the developer in 2013 to obtain FAA approval (which expired). At the time, Arquitectonica was announced as the architect.

Two of the towers will be residential, with the third planned as a hotel, according to documents submitted to the county earlier this year. There will also be shopping and dining, and an 800-foot baywalk. 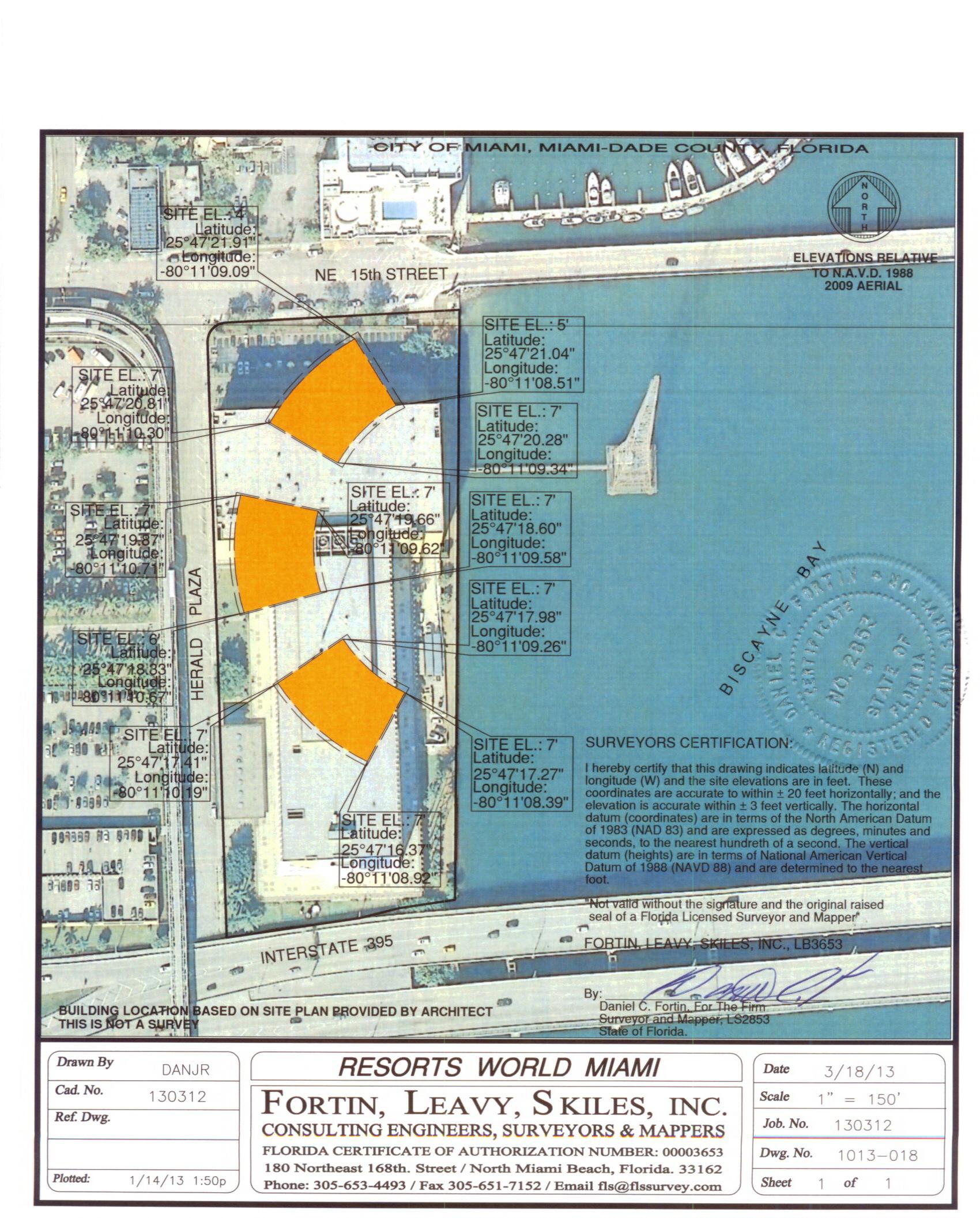