Skyway Ride Will Have Pods Rotating 1000 Feet Above Miami

The developers of the proposed Skyrise tower are requesting approval from the city for an attraction called Skyway.

Miami’s planning department approved all other elements of Skyrise in December, but requested a separate warrant application for Skyway.

Skyway is envisioned to become the signature attraction of Skyrise.

There will be about 20 cabins that appear similar to those in the London eye, rotating along the north face of the tower. Guests would enter on level 18, and the ride would rise above the 1,000-foot Skyrise tower (the FAA has approved a peak height of 1,049 feet). There will be 2 revolutions per hour at typical operation.

Spencer Crowley, an attorney representing the developer, wrote that “imbeds” into the concrete shear wall will be strong enough to support the tracks required for the ride.

The Skyway plans were submitted in late February and are now under review. 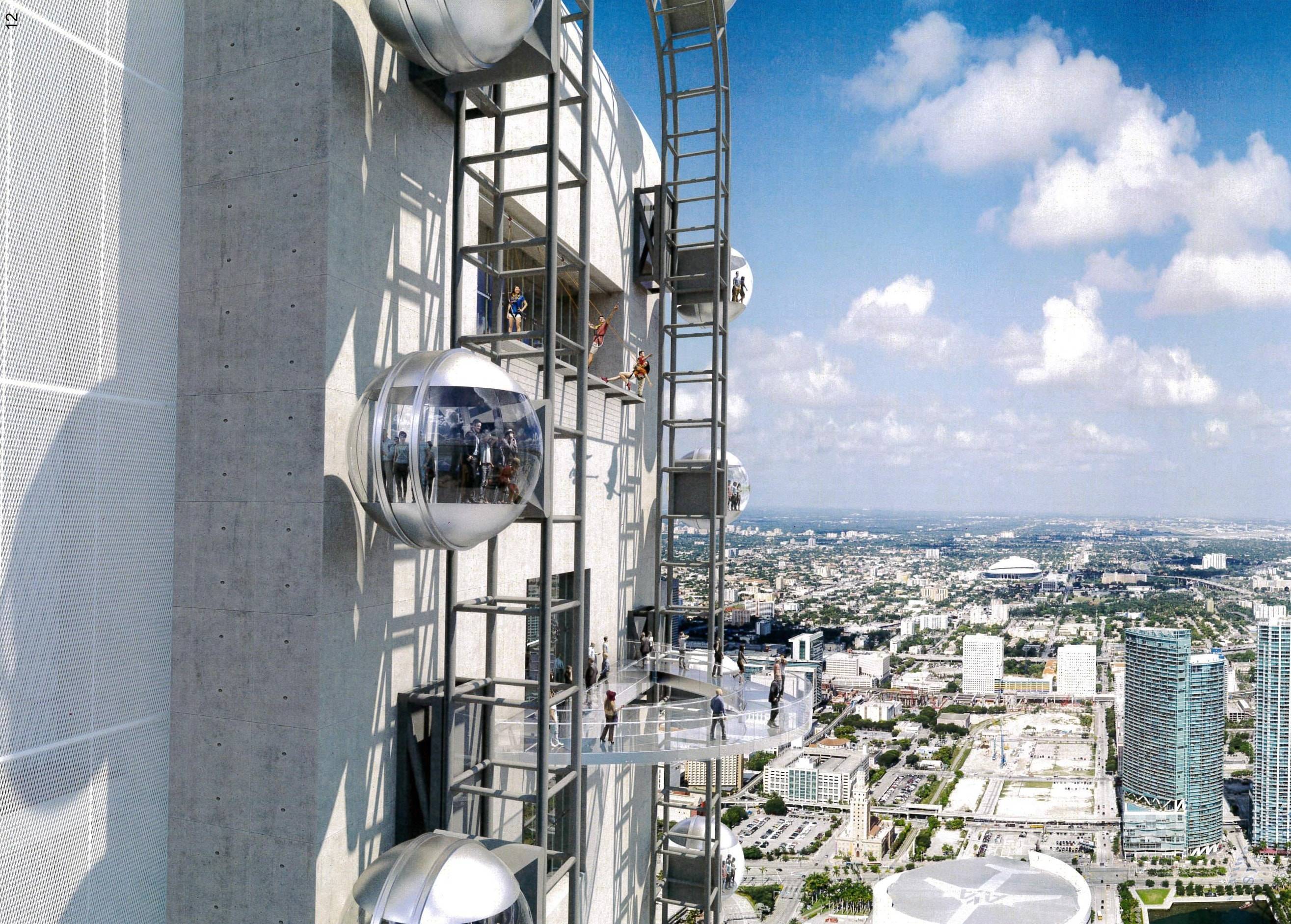 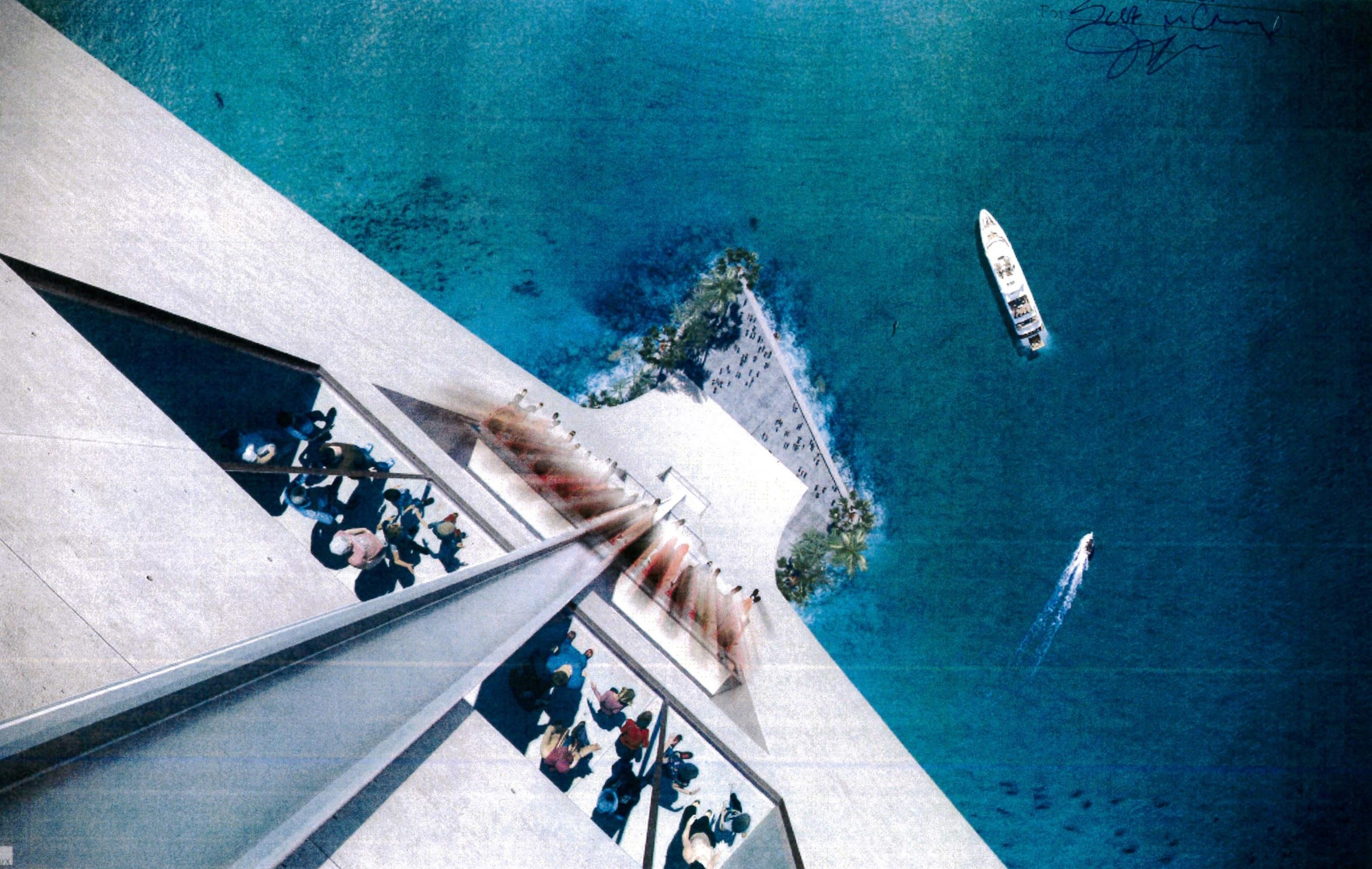 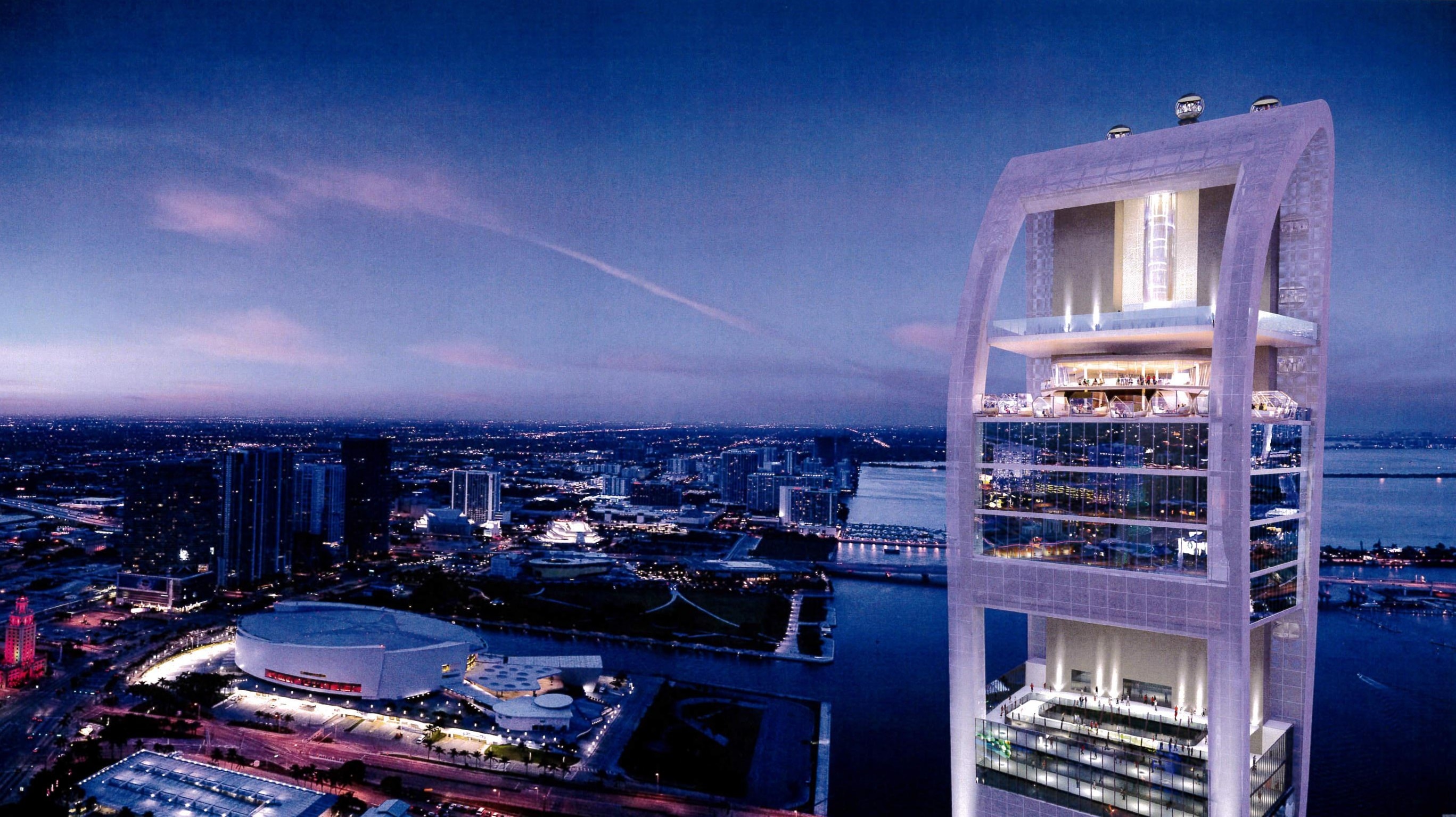