SMART Plan: Miami-Dade Chooses Buses With ‘Iconic’ Stations For The East-West Line Instead Of Rail

It has been decided by Miami-Dade County: the east-west corridor of the SMART Plan will be operated by rapid transit bus, and not rail.

The Miami-Dade Transportation Planning Organization board voted to use bus on the corridor at a meeting on October 22, according to the Herald. The vote allows the project to move forward.

The TPO board is comprised of county commissioners, who will later need to approve funding for the project.

Heavy rail was also considered for the route.

The $265 million would build a single dedicated bus lane along Southwest Eighth Street, later connecting to existing bus lanes on the 836. The single lane would be reversible, and buses that are going against traffic will simply use regular lanes.

An under-construction Tamiami park-and-ride at Eighth Street and Southwest 147th Avenue is the proposed start point, with one route ending at the Miami Intermodal Center next to MIA, and another route ending in downtown Miami (using bus lanes that opened earlier this year but have since been abandoned due to covid).

There would be stations along the 836, with bus and trolley connections.

Miami-Dade transportation director Alice Bravo told the board that the bus service will have “iconic” stations with amenities similar to a train station. She said the goal is that the bus is never stuck in traffic, with bus costing less than a third of heavy rail.

The second phase of the east-west corridor is to run from the Dolphin park-and-ride complex in Doral to the Miami Intermodal Center, at a cost of $153 million. 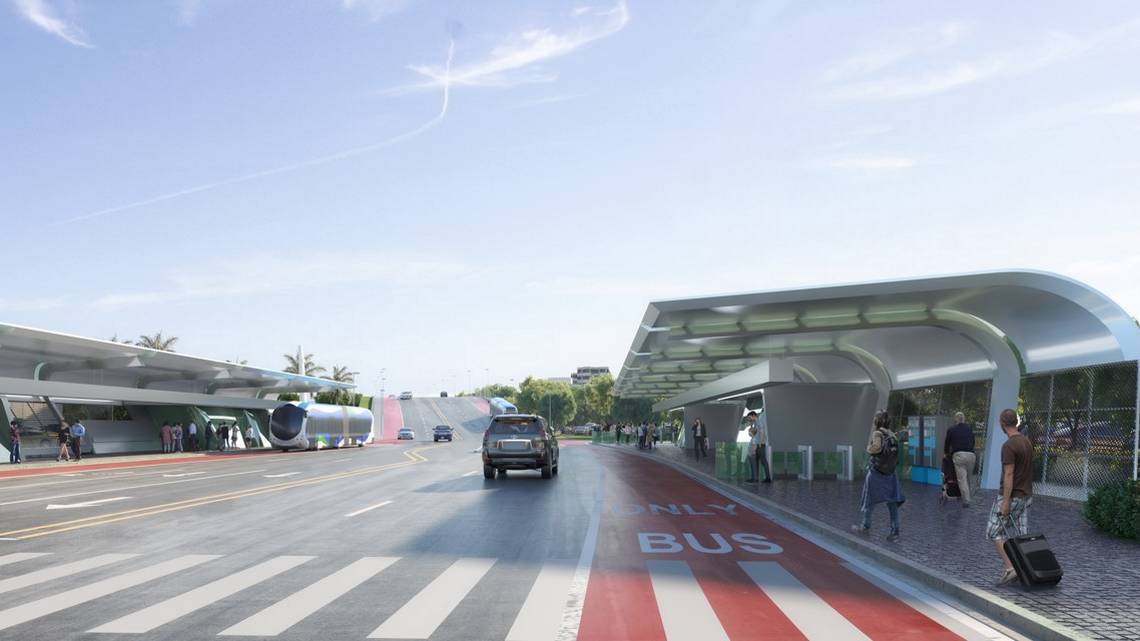 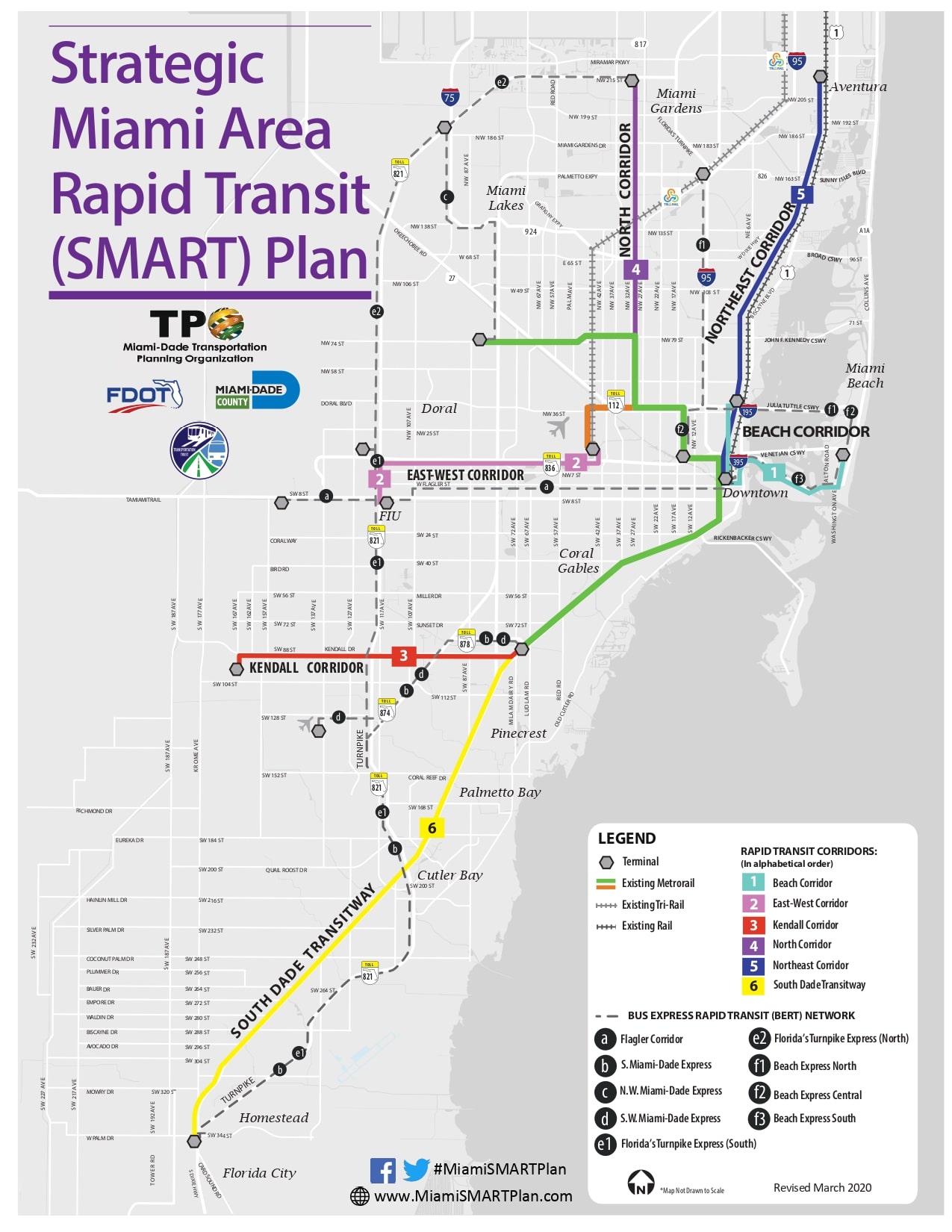