In Midtown Miami, a large new development on the former Walmart property appears to be gearing up to begin the approval process, with soil testing now underway.

The new development is likely to be big: up to 972 residential units are permitted on the site.

Walmart once owned the site and had plans for a superstore, but later sold it to Midtown Opportunities.

Earlier this year, the property was listed for sale. It is one of the largest urban development sites in Miami at 5.55 acres, the listing said.

According to the listing broker’s website, the property is now in contract to be sold to an unidentified buyer.

There doesn’t appear to be any active construction permits for the property, city records show.

There are multiple developments either planned or under construction across the street from the site including The Standard Residences and Midtown 7. 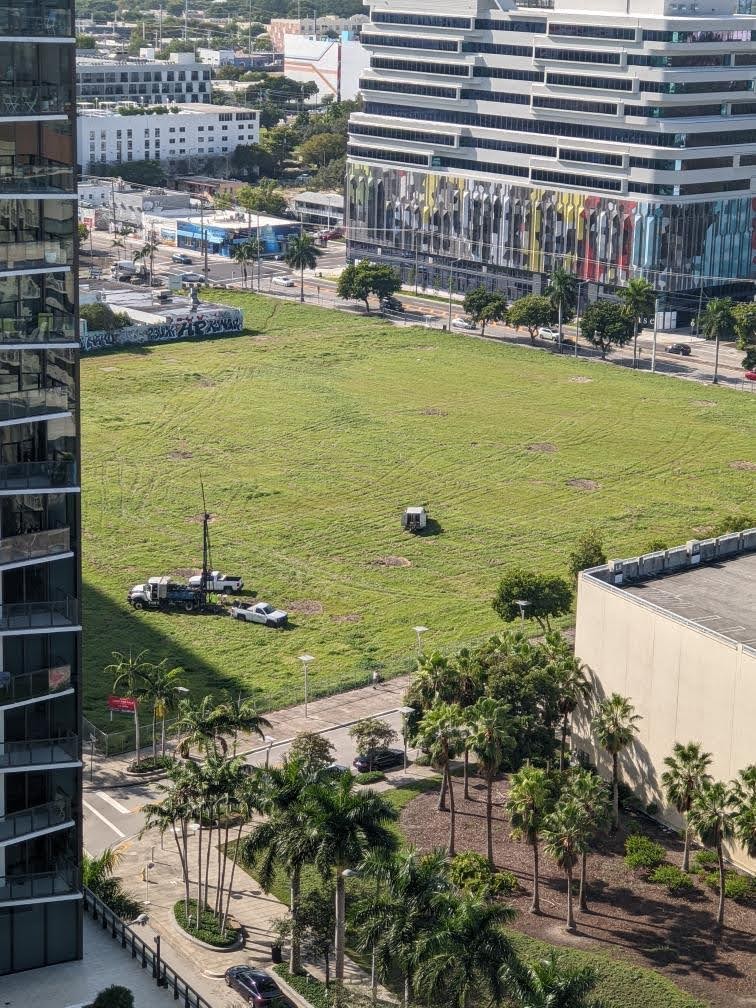