The project will generate its own electricity through solar energy while being located at a Metrorail station, making it a transit-oriented development.

Grove Central will include 400 multifamily apartments and workforce housing units – an increase from the 288 originally announced.

Target and Total Wine have signed on as tenants for the retail space. Target will take 49,658 square feet of space.

A rooftop social hub is planned, including a coffee shop, cocktail bar, rooftop lounge, outdoor moving screening and musical event space, and co-working spaces. At the ground level, a Linear Plaza lined with mature trees and retail will be connected to the Underline and a renovated Metrorail station.

A parking garage with 898 spaces is also planned.

Developers have previously said that Grove Central will feature a massive rooftop solar trellis capable of powering the entire development, while also charging a large micro-grid battery for use when the sun is down.

The solar panels are planned to produce two megawatts of power – enough to make the building self-powered, while also powering Metrorail as it departs the station.

Underneath, batteries that are the size of six shipping containers will store 20-megawatts per hour of electricity.

A waste-to-energy plant that would convert sewage into power, compost and water was also in planning.

A groundbreaking ceremony is scheduled for February 23, and will be attended by Daniella Levine Cava, Alice Bravo, and Eileen Higgins.

Touzet Studio is the architect. Terra Group and Grass River Property are the developers. 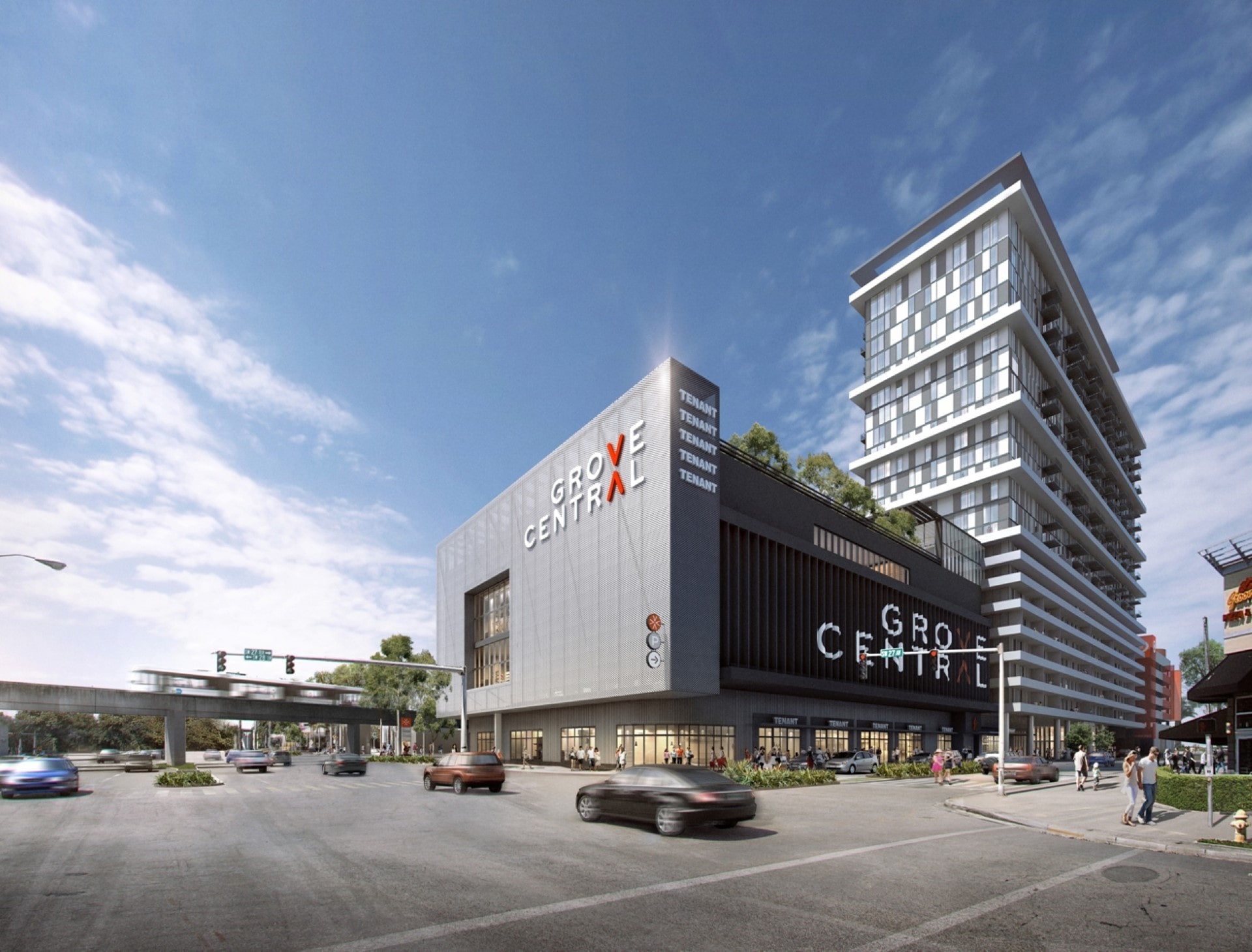