Arquitectonica’s plan for a new 20,000-square-foot design studio building at the University of Miami’s School of Architecture is drawing criticism from students there.

An article in The Miami Hurricane quotes several students who are dissatisfied with Arquitectonica’s design.

Alex Underwood, a first-year architecture student, told the paper that the new studio ‘almost looks like a bunker.’ The concrete design ‘just doesn’t look inviting,’ he said, and is inconsistent with other buildings on campus.

Another first-year architecture student, Max Erickson, expressed disapproval of the ‘weird, flat, drooping roof’ that Arquitectonica is proposing, along with the ‘octopus of metal tubes’ along the ceiling near the bathrooms. Erickson also believes that the building will be structurally flawed, preventing sound absorption and proper ventilation.

Both expressed disappointment that students and faculty at the school had no input in the design of the building.

The new building will be named the Thomas P. Murphy Design Studio, after Coastal Construction donated $3.5 million to the school. Murphy is the CEO of Coastal and an alumnus of the school. 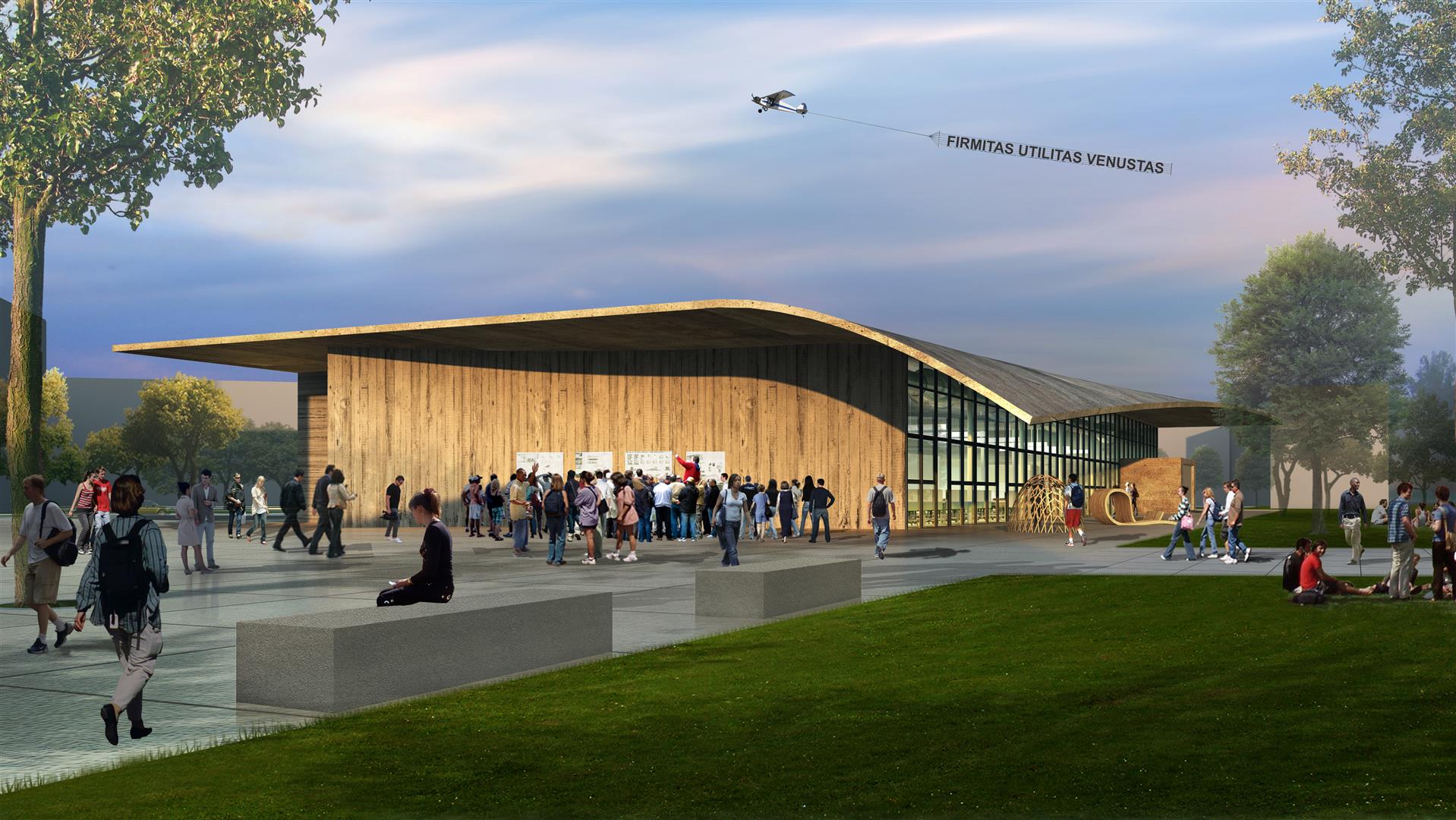