Study: Miami Was The Hottest U.S. Rental Market In 2022

Miami “was by far the hottest rental market in the U.S” in 2022, according to a new study by RentCafe.

The analysis showed that 97.5% of units in Miami-Dade County were occupied  – the highest of all major markets.

The lease renewal rate in the county was also exceptionally high at 75%.

When apartments did become available, there were 32 prospective tenants for each unit – the highest in the study.

Miami had the highest recorded new inventory of the top 20 markets, with a “staggering” 2.8% share of new apartments in the first part of the year. It still was “far from meeting the high demand” in Miami, the report said.

According to the website, a combination of factors — including the lack of state income tax, business-friendly climate and booming tech scene have attracted droves of Millennials and even Gen Zers to Miami.

RentCafe researchers analyzed data from Yardi Systems across 135 rental markets in the U.S. for the study. 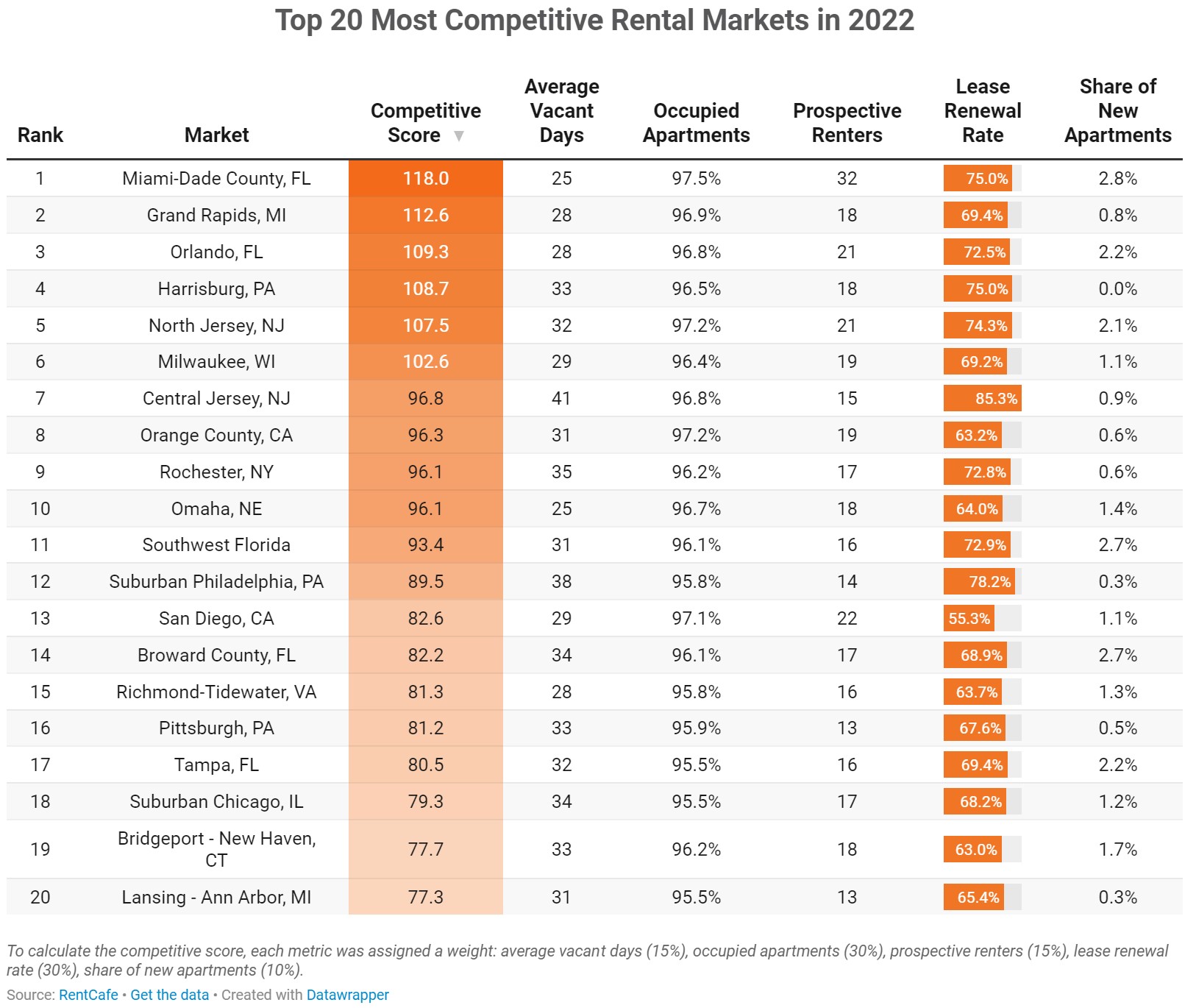