Suffolk And Royal Carribean Celebrate Topping Off ‘Crown of Miami’

When completed, the terminal will be the home port to the world’s largest cruise ships, Allure of the Seas and Symphony of the Seas. RCL passenger count is expected to double.

Cost estimates for the terminal have ranged from $100 million to $250 million.

MIAMI, Fla. – Jan. 12, 2018– Suffolk, one of Florida’s largest building contractors, recently commemorated the topping-off of Royal Caribbean Cruises Ltd.’s (RCL) Terminal A at PortMiami during a ceremony on Friday, January 12. The celebration was attended by more than 250 guests.

The new state-of-the-art terminal at PortMiami will be home to two of the world’s largest cruise ships Allure of the Seas and – Symphony of the Seas, which is currently under construction and will become the largest in the world in November 2018. Once completed in October 2018, Royal Caribbean will implement the best technologies to deliver a state-of-the-art guest experience. The project is being completed for SMBC Leasing and Finance, Inc. and RCL.

“This cruise terminal is far from typical, reflecting the modern design of the ship it will welcome with each sailing,” said Suffolk Vice President Joe Fernandez. “This project is a design-build with a complex concept, and once completed, it will be an iconic building for PortMiami. The Suffolk team has worked closely with a team of local architects and engineers utilizing 3D models and virtual reality to bring the vision of the project to life as efficiently as possible.” 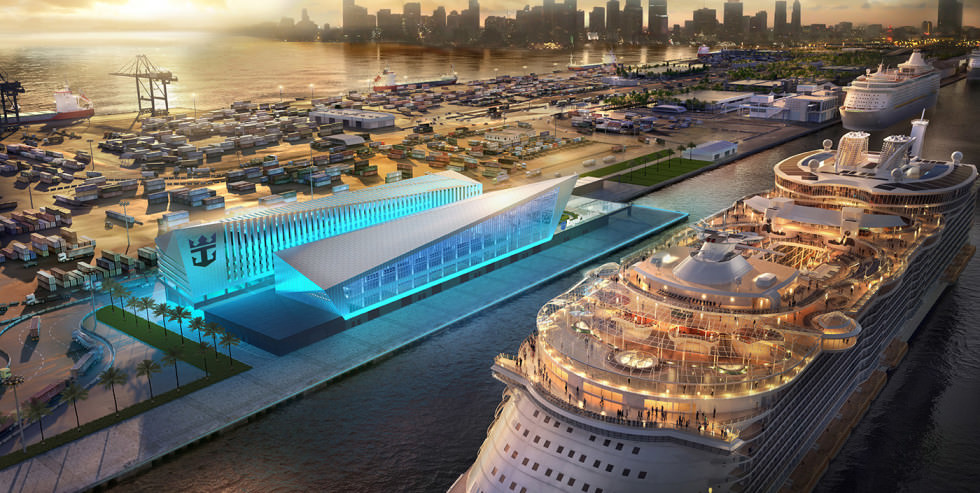