Brickell City Centre developer Swire Properties has prepared a plan to protect Miami from future storm surge by building a series of earthen berms off the coast, according to the Herald.

The developer commissioned the plan as an alternative to one proposed by the federal government that included 20 foot-high flood protection walls, which one Miami commissioner likened to the Berlin Wall.

Miami-Dade is expected to decide this week on the cheaper wall plan prepared by the Army Corps of Engineers, or the berm plan, which is likely more expensive.

Miami-Dade County must verbally approve the plan by February 18 or risk losing federal funding for the project for years.

A waiver to freeze the process could also be sought, but then the county could be required to pay for all additional costs for revised designs as “betterments.”

The Downtown Development Authority also previously came out against the Army Corps of Engineers proposal, and commissioned their own study for an alternative plan.

Update: The Swire study is below:

Renderings from the DDA study: 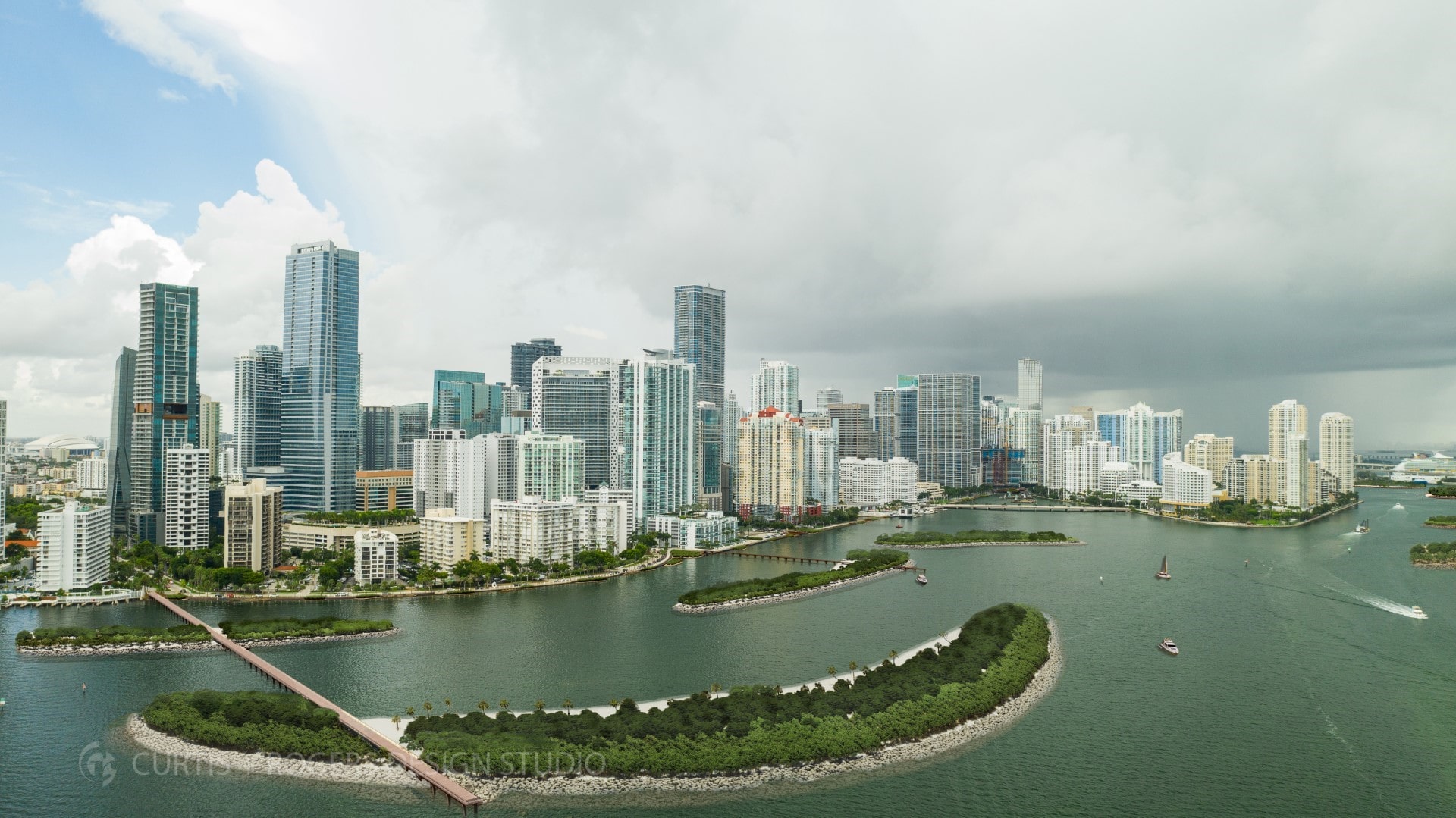 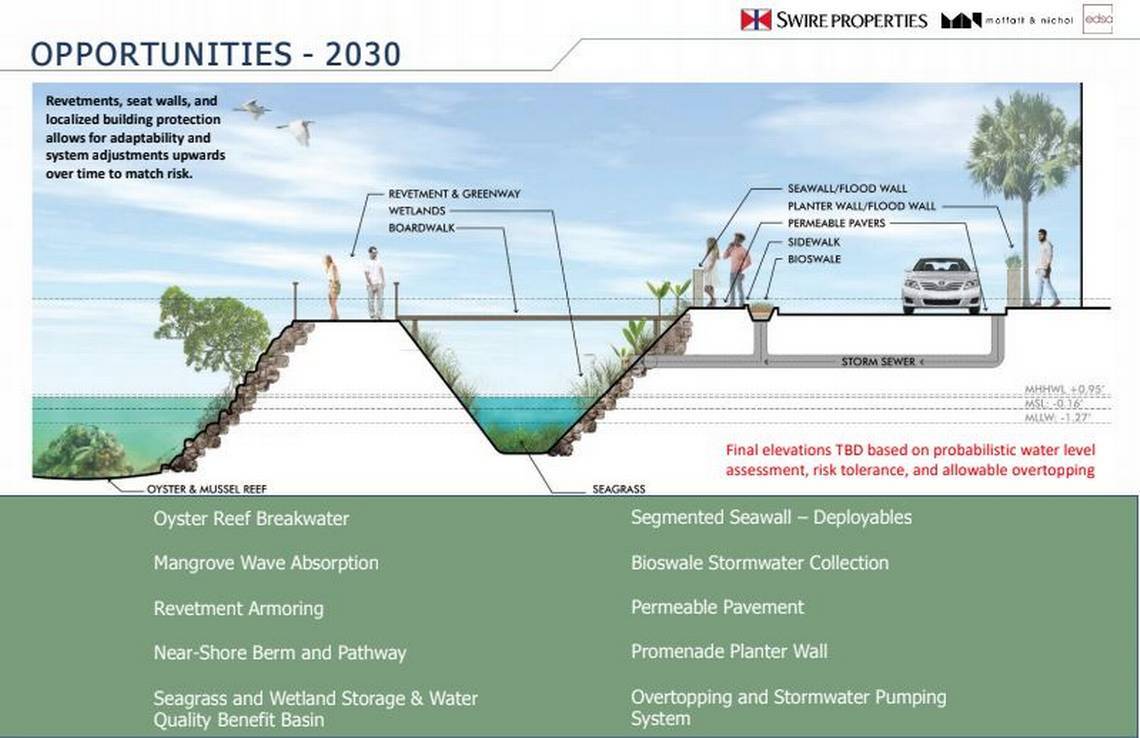 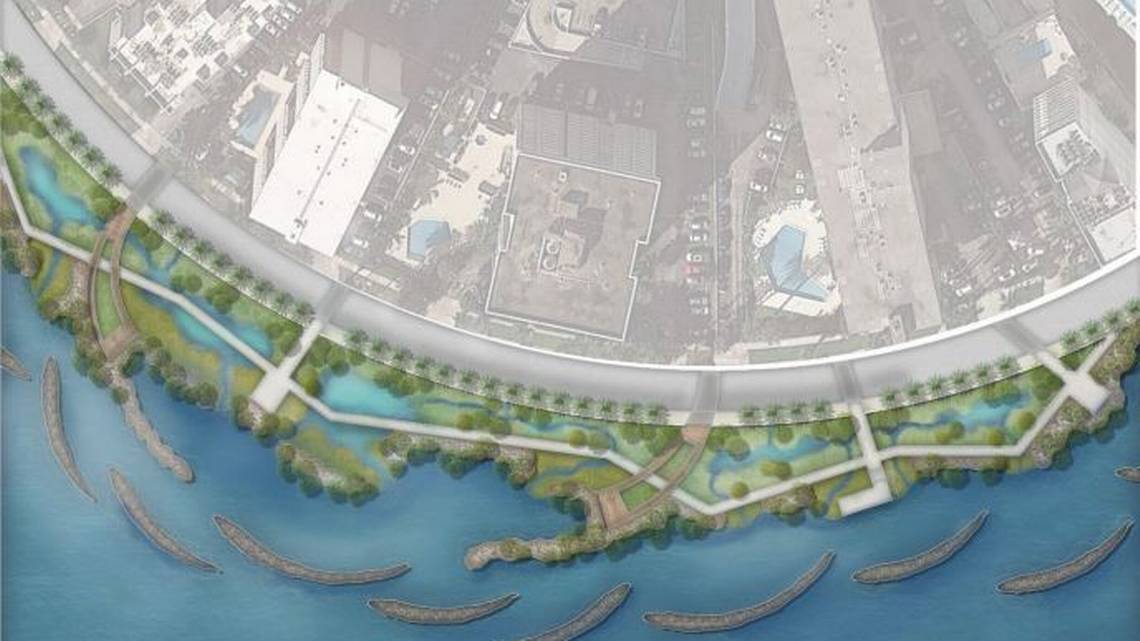 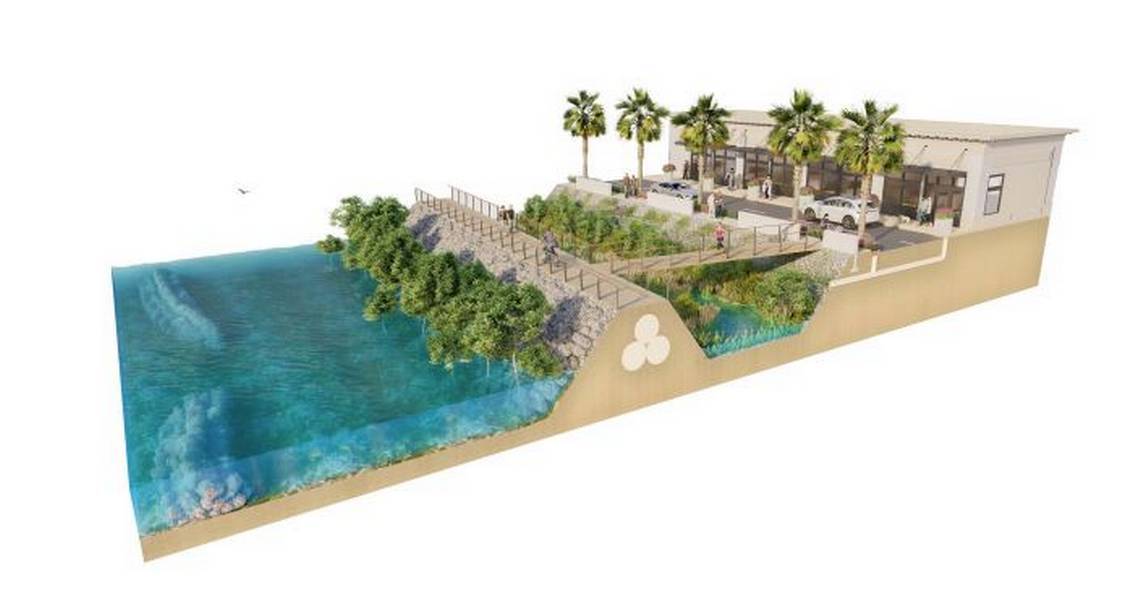