A residential tower at Link at Douglas has now topped off at 36 stories, according to shell contractor L&R Structural.

In total, five towers are planned at Link at Douglas on a property adjacent to the Metrorail station there.

Two apartment towers are already under construction, at 22 and 36 stories, both of which have now topped off.

An additional two residential towers are planned but not yet under construction, bringing the total residential count to 1,422 units. 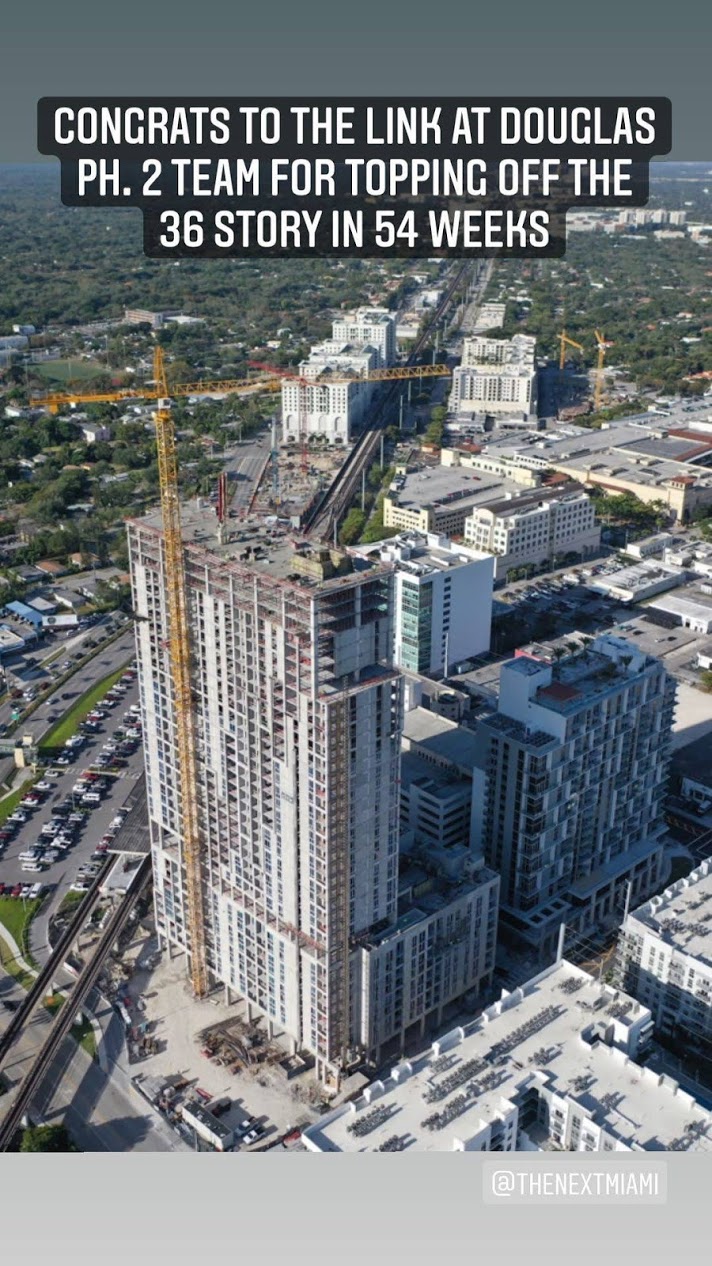