Below are photos of one of two circles being preserved at the Met Square construction site, both of which are believed to be linked to the Tequesta Indians.

It appears that the circle will remain outdoors, protected with a small glass railing. In 2014, the architect had said that it would be encased in glass, and renderings showed it in an indoor space.

The photos below are of the south west corner. A second circle is said to be preserved at the north east corner, with a gallery operated by History Miami open to the public.

A crawl space is being left underneath to allow for future discoveries, and the interior of the apartment building on the site is inspired by the Tequesta with a “tribal chic” motif. 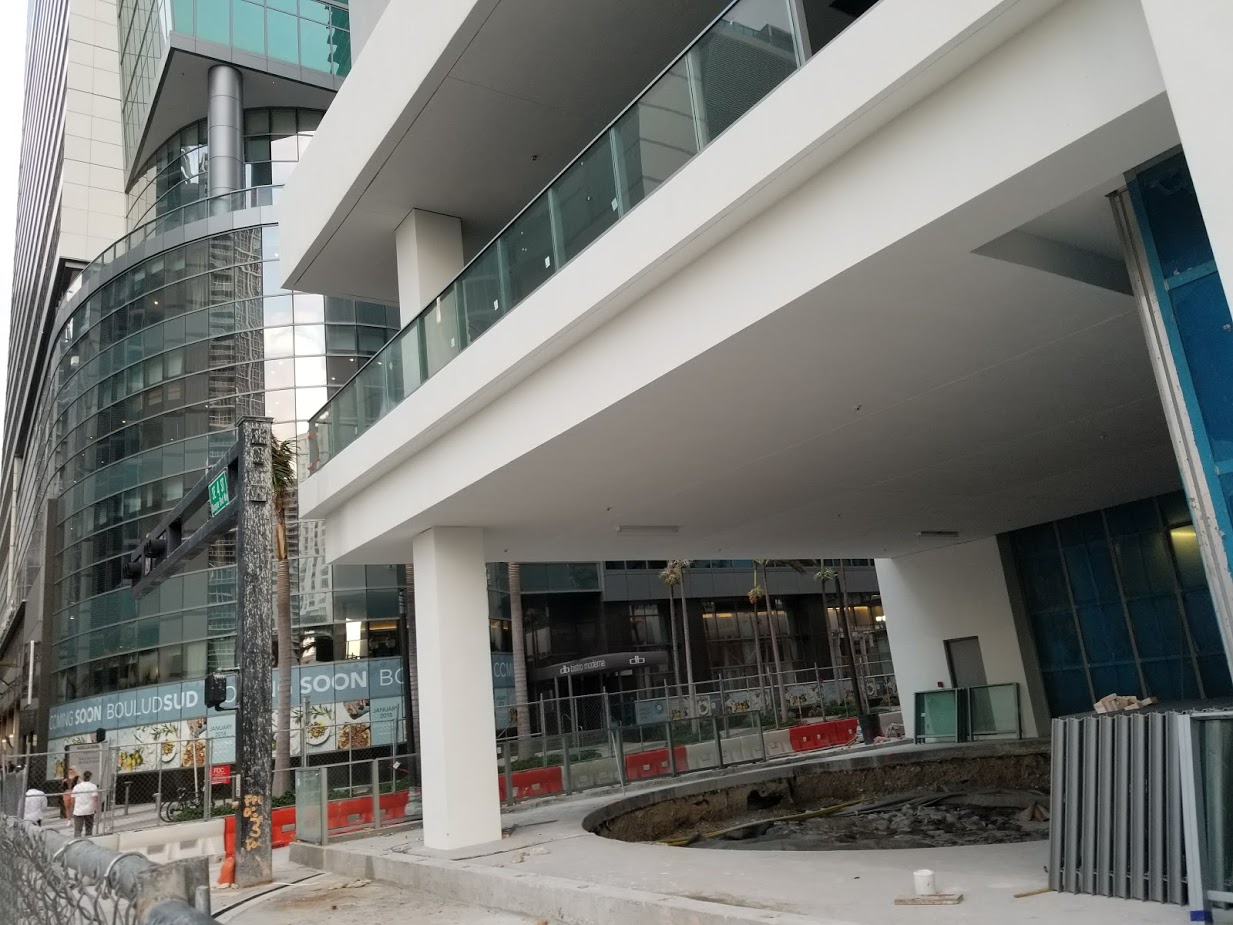 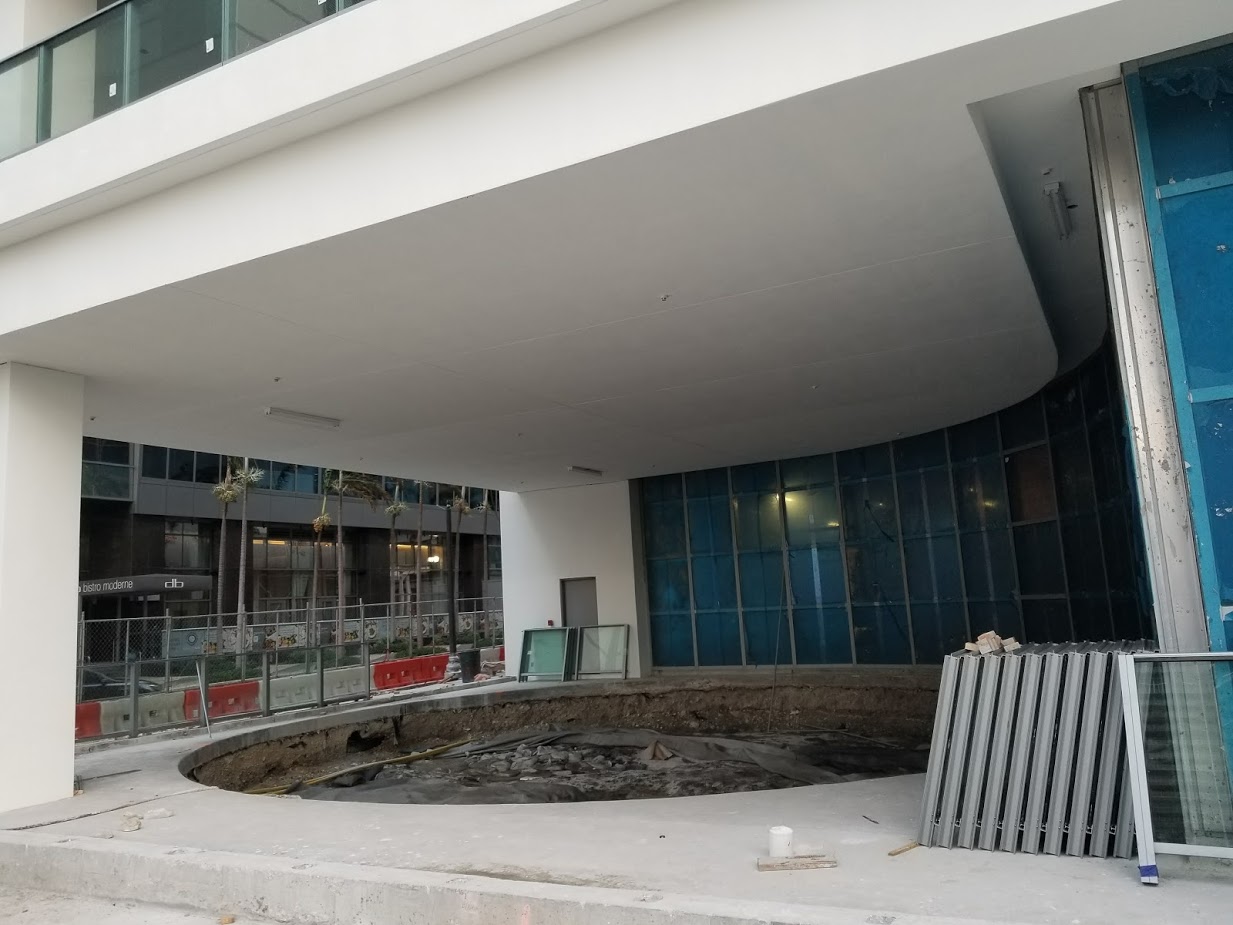 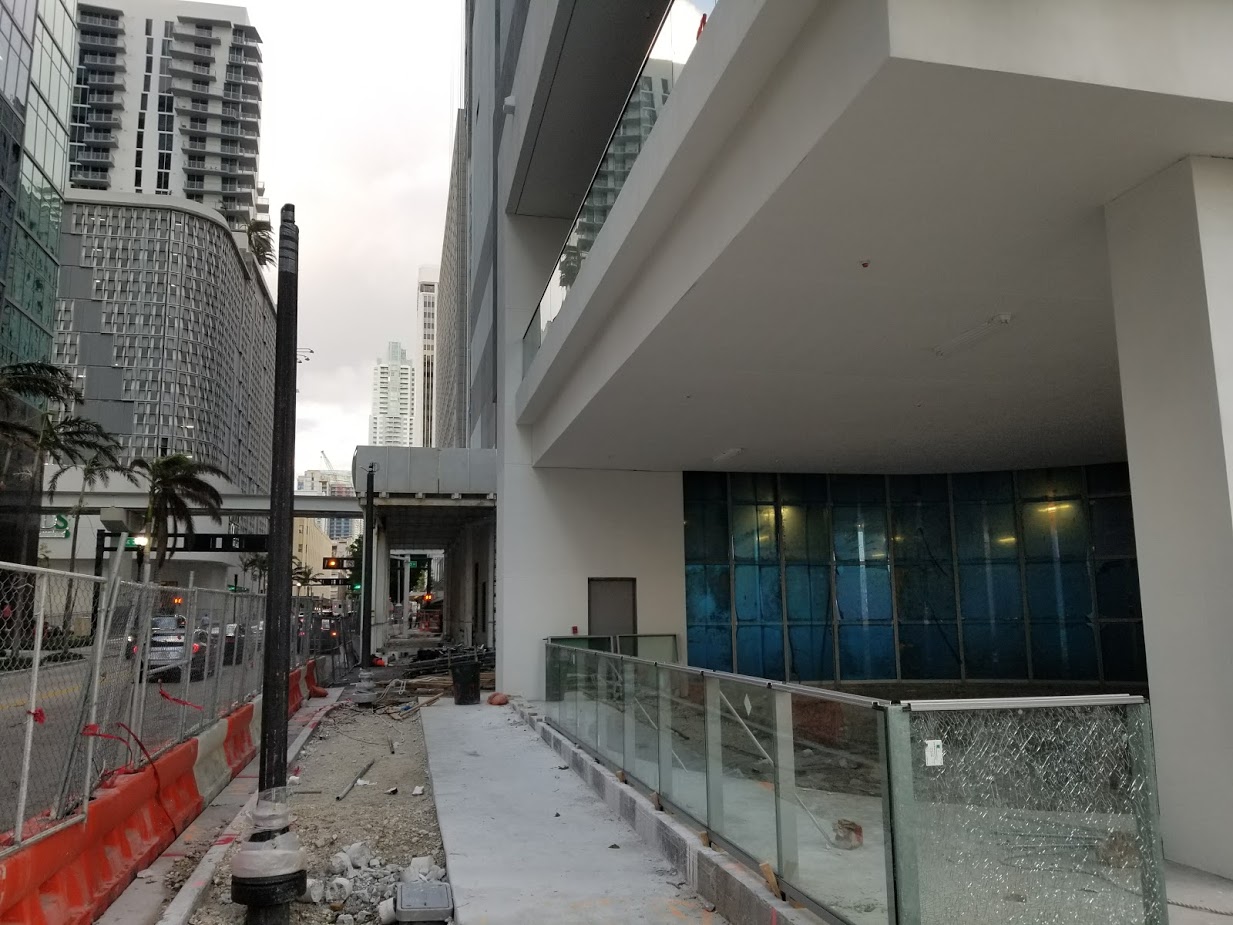 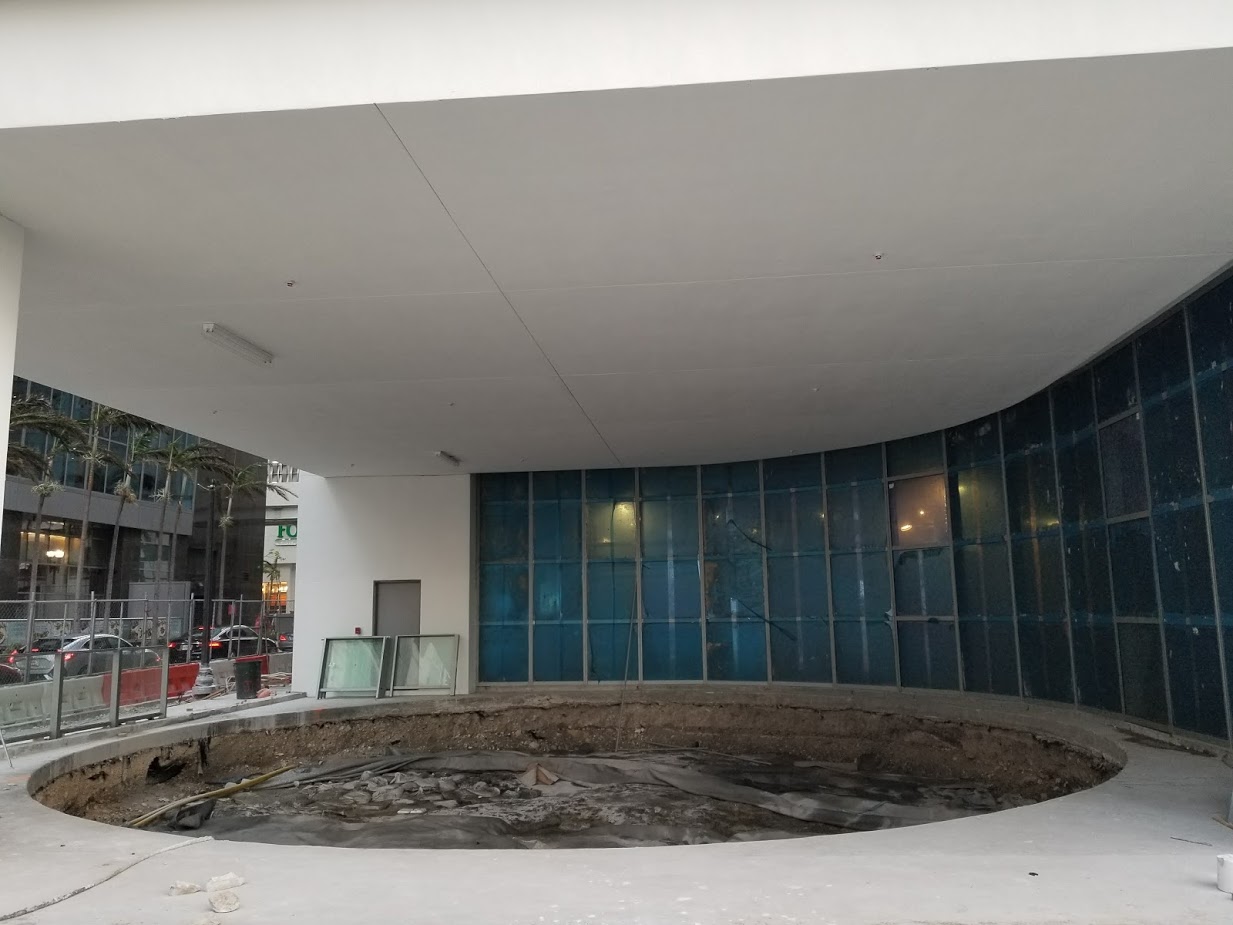