An underwater sculpture park known as the Reefline is being planned off the coast of Miami Beach.

Backers of the project say that it will help preserve Miami’s marine life.

The sculptures will be made of concrete, which will placed around 900 feet offshore of Miami Beach, around 20 feet under water. Eventually, the installation is planned to span a total of seven miles.

The first phase is scheduled to open in December 2021, off the South of Fifth beach in South Beach.

Concrete Coral by Leandro Erlich is the first sculpture that will be built. It will appear to be a traffic jam of cars, similar to one created by Ehrlich on the beach during Art Basel 2019.

The second sculpture will be by OMA’s Shohei Shigematsu. It will feature a staircase around a central forum.

Other sculptures are also planned by Ernesto Neto and Agustina Woodgate.

OMA is overseeing the master plan for Reefline. Ximena Caminos is the artistic director.

The ReefLine was conceived by BlueLab Preservation Society and Coral Morphologic and will be developed in collaboration with the City of Miami Beach and researchers from University of Miami. The project received concept funding and support from the Knight Foundation’s Art Challenge Award 2019 and a Blavatnik Family Foundation grant, as well as endorsement from the XPRIZE Foundation. 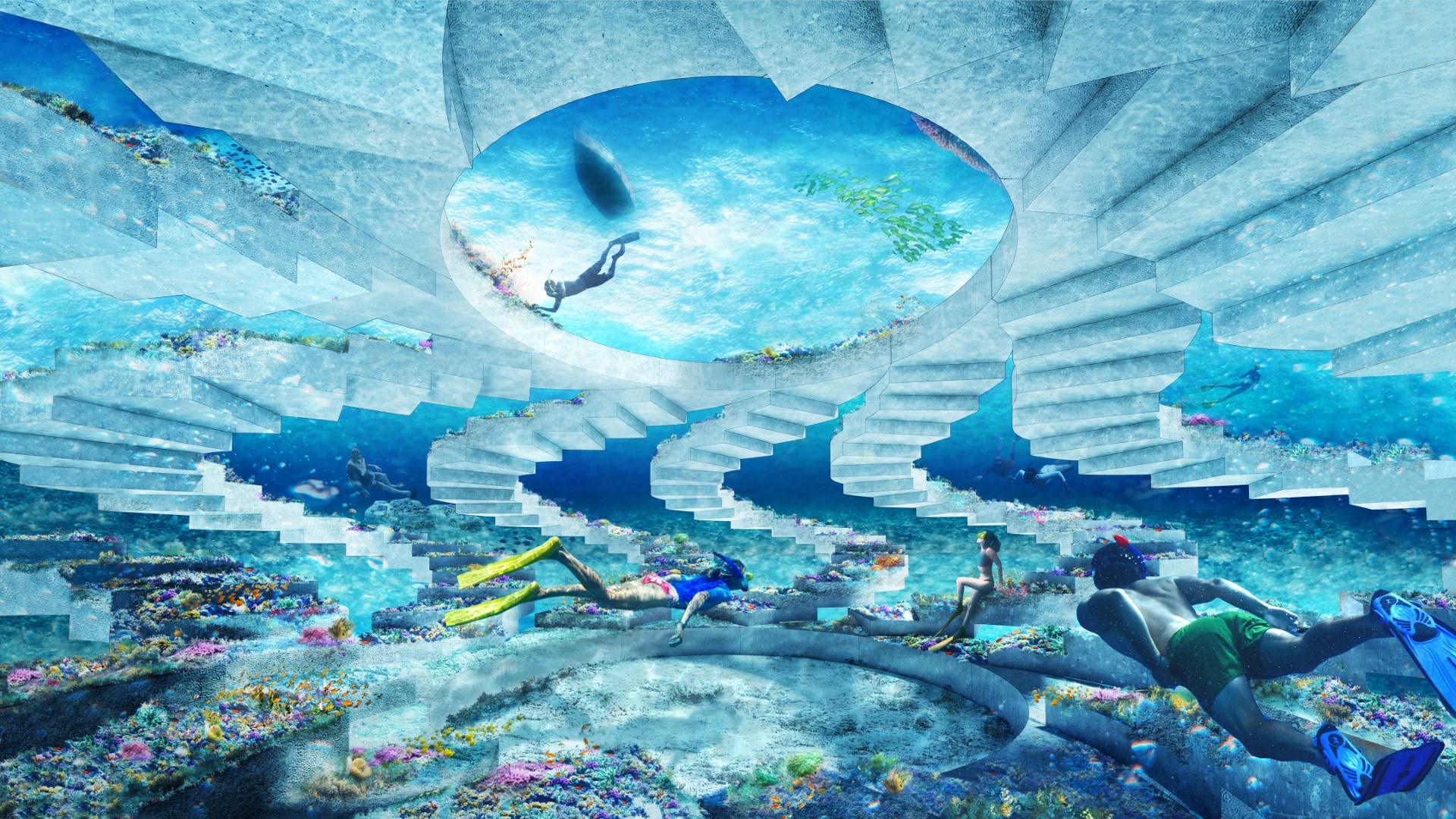 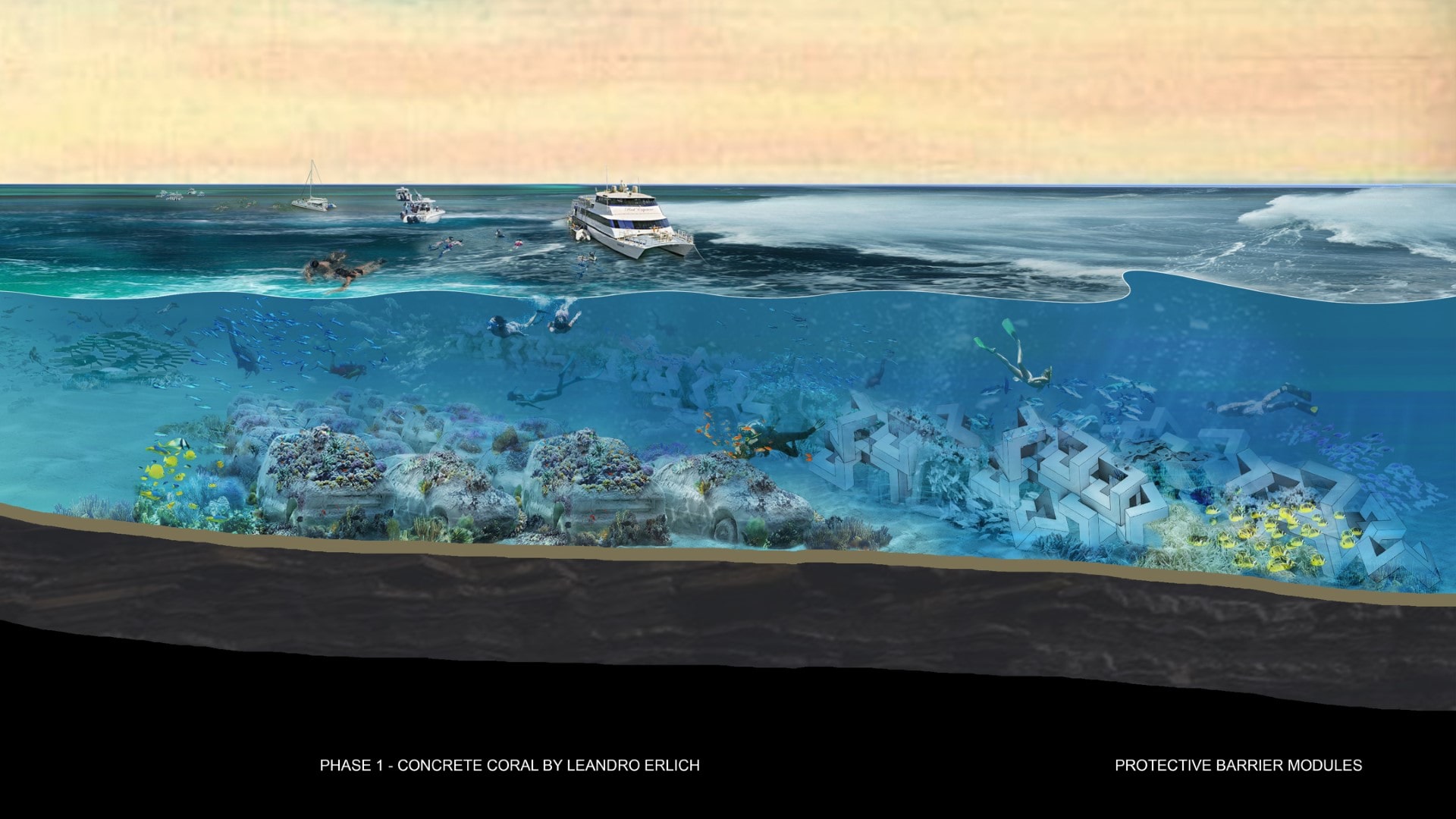 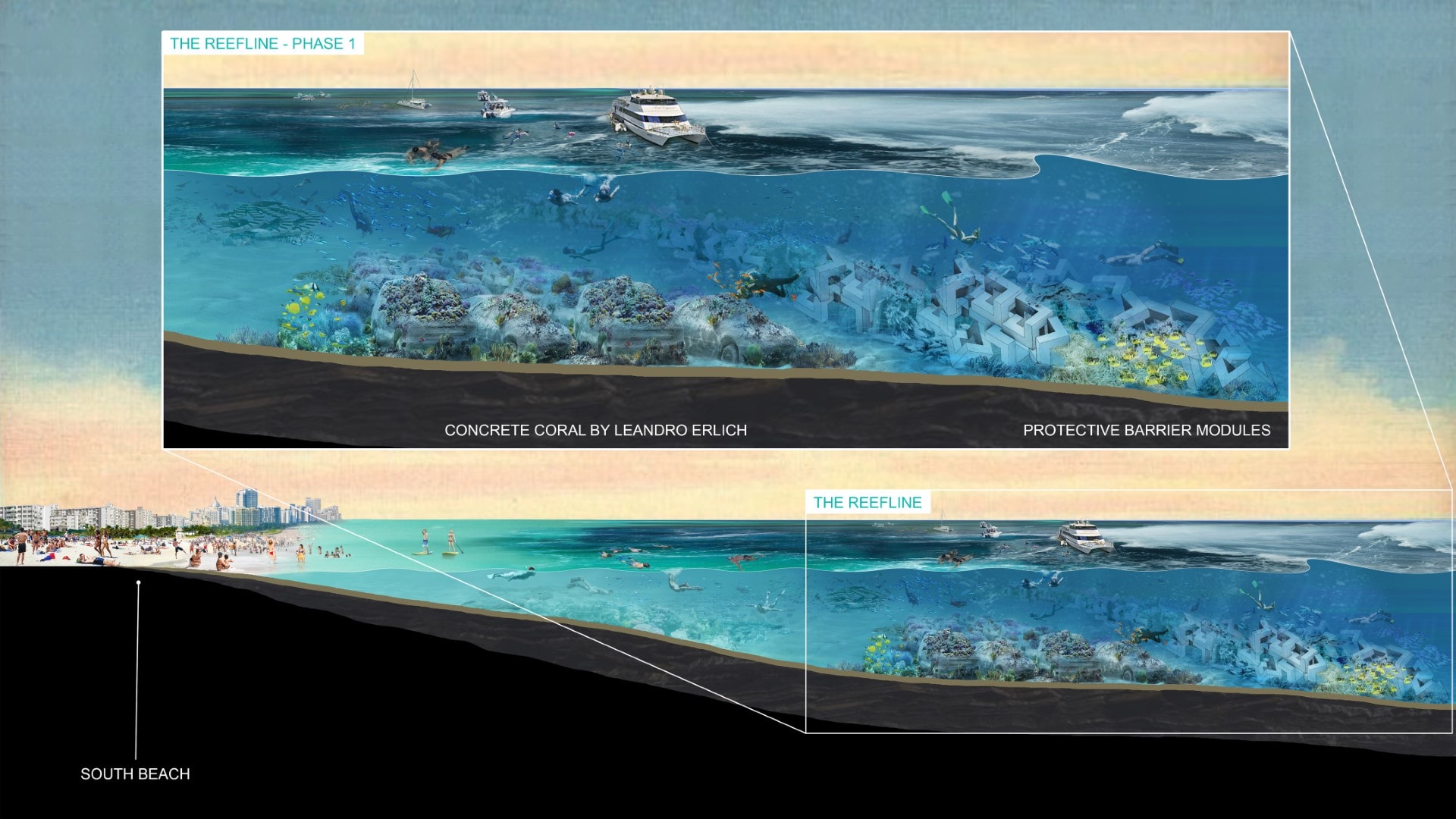 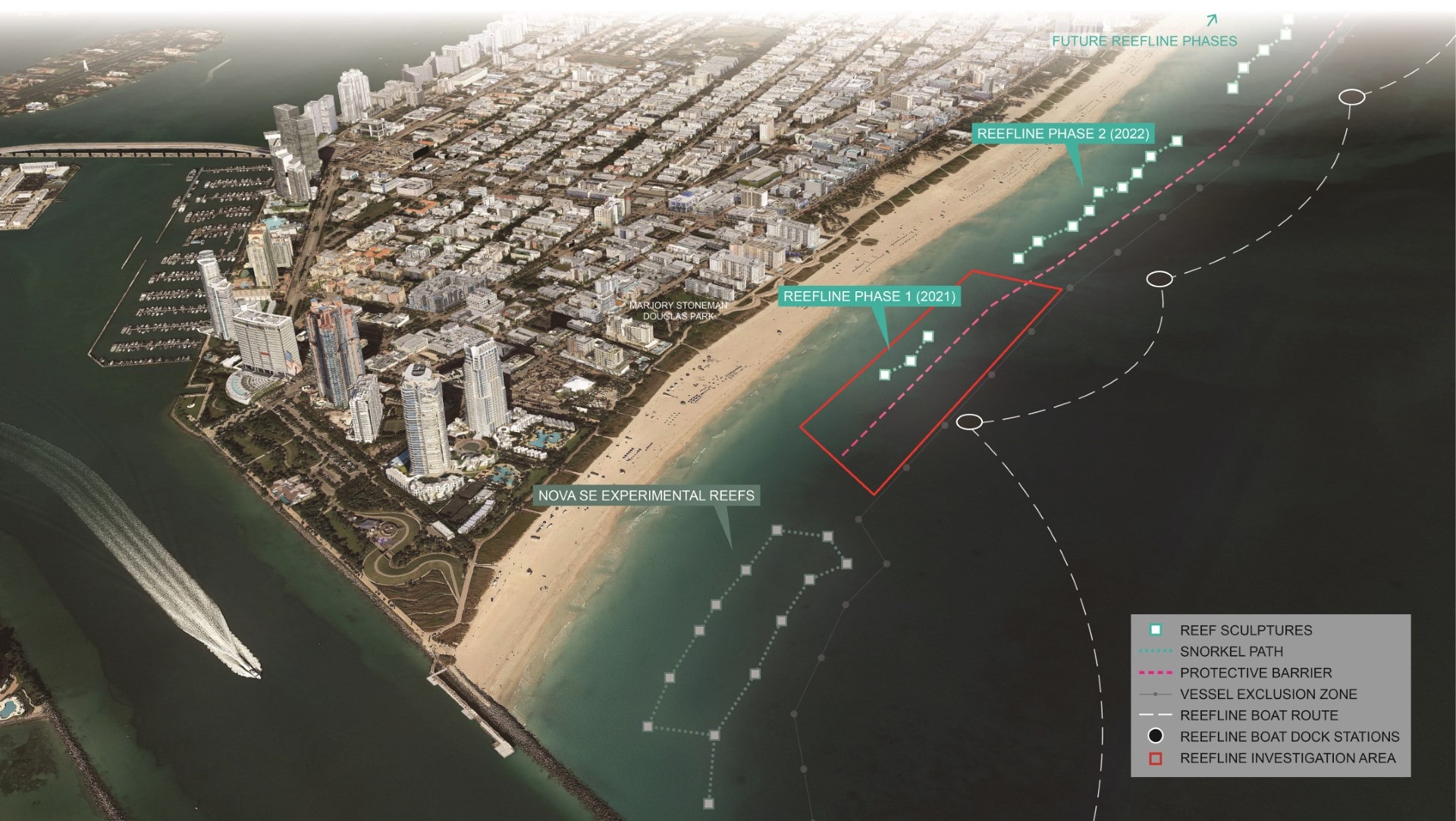