Construction could begin within months on a new downtown Miami courthouse after Miami-Dade County Mayor Carlos Gimenez issued a final recommendation on a developer.

Gimenez recommended that commissioners select a proposal from Plenary Justice Miami to build a 23-story tower designed by architect HOK.

Plenary is proposing to build a total of 640,000 square feet. The new courthouse building would include 46 jury courtrooms and shell space for four more court jury rooms as well as space for other related court partners and agencies. It will also provide parking for 59 vehicles, a café, and be home to the Administrative Office of the Courts of the Eleventh Judicial Circuit, the Miami Dade Clerk of Courts, the Law Library, the State Attorney’s Office, and the Miami-Dade Police Department.

One level of underground parking is planned.

The PortMiami tunnel was built using a similar public-private partnership, known as P3. Plenary has a portfolio of 48 P3 projects across the US, Canada and Australia.

Plenary’s bid was 20% and 35% lower than the second and third ranked bidders, leading one competitor to call their bid “crazy” cheap.

“The cost savings are consistent with other P3 projects around the country and reflect the innovation and cost efficiency delivered by the P3 approach,” said said Mike Schutt, Vice President of Plenary Group. “Due to our experience successfully building and operating P3 projects, we are able to achieve these savings through innovation, lifecycle cost decisions, and a focus on providing functionality and services that meet the County’s defined objectives.”

Plenary said in a press release that the project would become a signature building in downtown Miami. Plenary will pay all upfront construction costs and it will only be repaid by the county if Plenary meets the ongoing levels of quality and facility availability as set out in the Request for Proposals and the project contract.

The County Commission is expected to award the contract at a December 3 meeting. Construction of the courthouse is expected to start in January 2020 with substantial completion anticipated in early 2024. 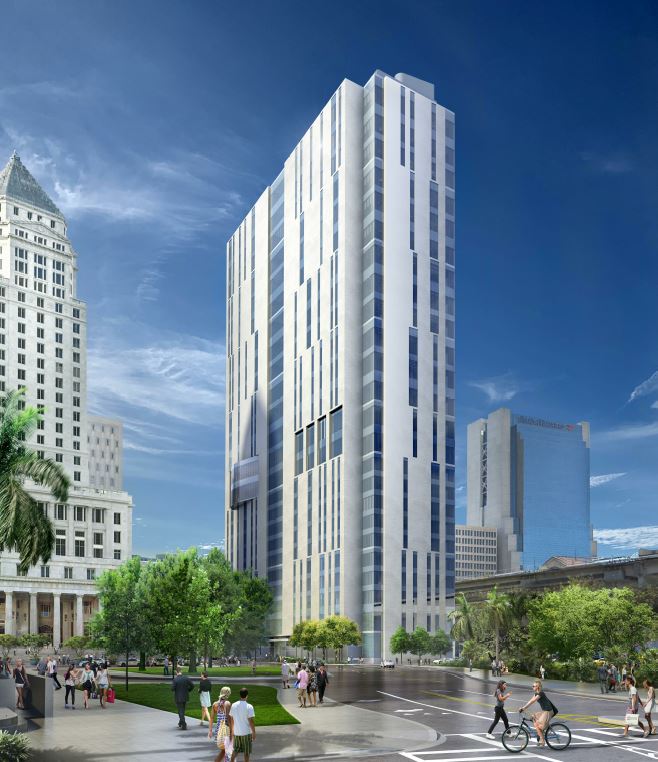 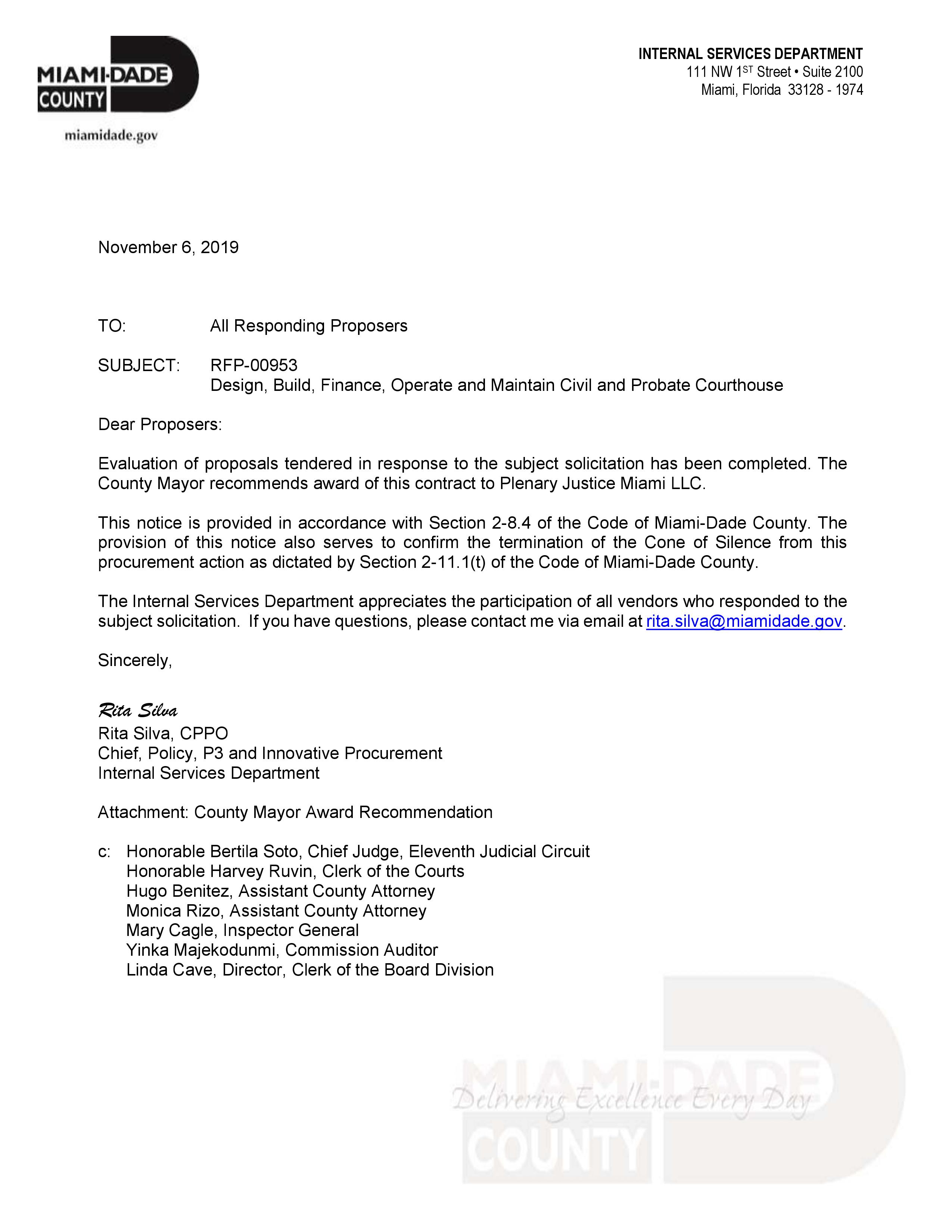