This Map Shows Which Miami Neighborhoods Voted For Trump, Clinton In 2016 Election

The New York Times has released an extremely detailed map of the 2016 presidential election.

Some notable areas that voted for Trump:

Some notable areas that voted for Clinton:

To see the full map (which includes all of America), click here.

Overall, voters in the Miami metro area overwhelmingly voted for Clinton, at one of the highest rates of any metro area in the U.S. 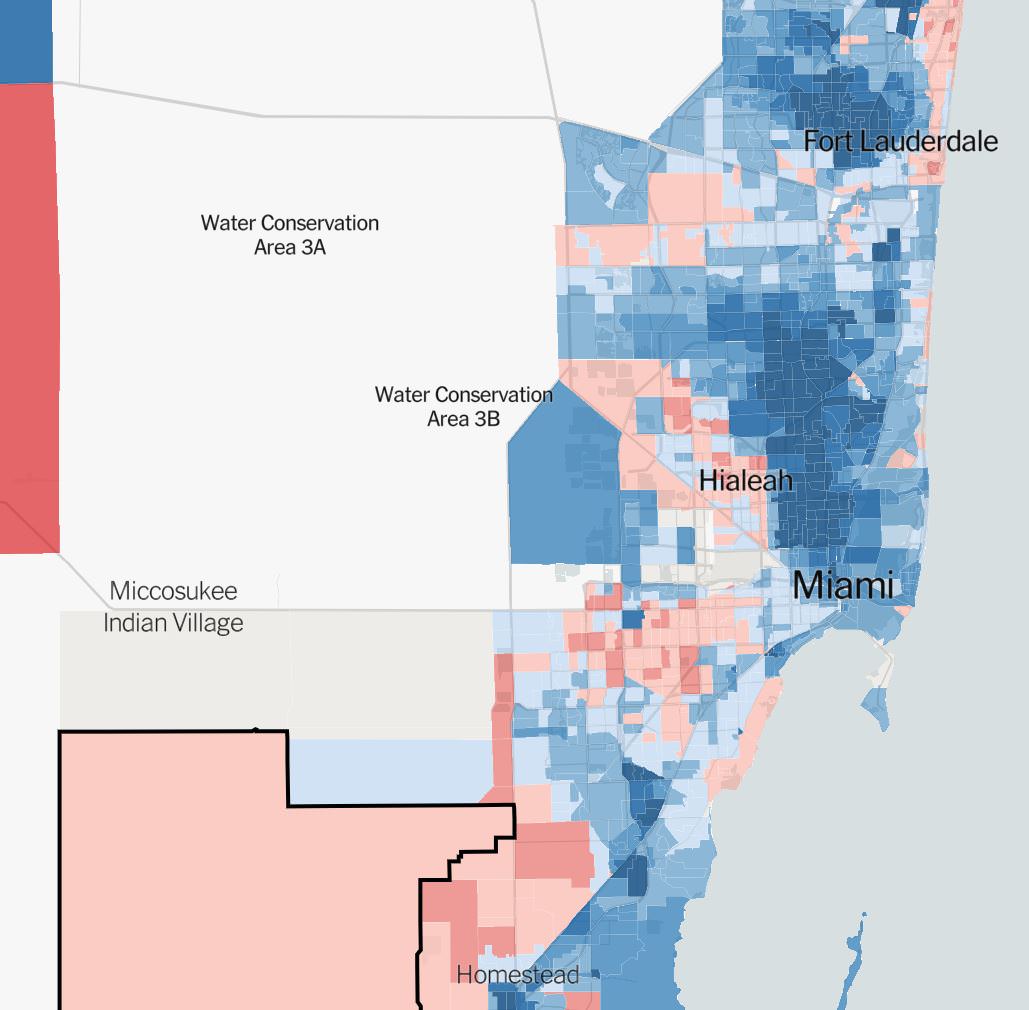