Tibor Hollo On The Future Of Development In Miami

Tibor Hollo was recently honored by Miami Today. He shared his thoughts and future plans at a celebration dinner, the paper reported.

According to Hollo, Downtown and Brickell are still developing, and are the most important areas in Miami thanks to being endowed with “fantastic” transportation options.

After that, Hollo thinks the next area that will be developed will be Biscayne Boulevard, past 36th Street.

Hollo emphasized that City leaders must build infrastructure to keep up with the population – something that developers are unable to do. Millennials live different lifestyles than their parents did, he added.

Brickell’s Panorama Tower, which was developed by Hollo, opened to residents for the first time this month as the tallest building in Florida.

Hollo is now working to build even taller and grander, with the 1,049-foot One Bayfront Plaza preparing to begin construction soon.

He also announced that he will be building Mikado as a rental apartment tower with amenities similar to Panorama. It will be located at 407 NE 17th Terrace.

When asked about retirement, the 91-year-old Hollo said “I will retire when I get old.” 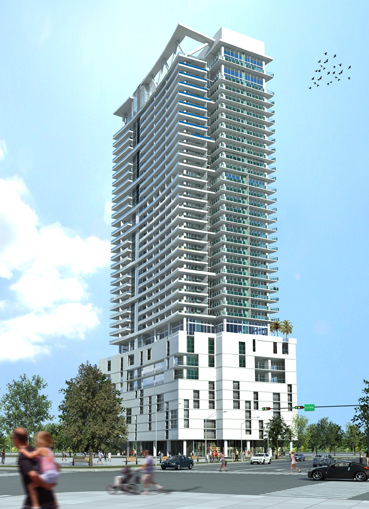