Demand for Brightline tickets has been growing since service started, and the company is responding with a big increase in service.

A spokesperson told the SFBJ that demand has been “phenomenal.”

With the increase, there will be a train leaving in each direction nearly every hour, from early morning to late night. The first train departs West Palm Beach at 5:30am, and the last train leaves Miami at 11:10pm.

Prices have already increased, and a roundtrip between Miami and West Palm Beach in first class can now cost as much as $70. A one way ticket from Miami to West Palm Beach in the premium Select class ranges from $30 to $35 depending on the time. A basic one-way ticket in Smart class starts at $20 on weekdays.

Tickets for the new August timings are already on sale.

The 16 daily roundtrips are what was promised to investors last year, when bonds were sold to finance the project. A total of 2.94 million annual passengers were forecast.

At the time, Brightline said it expected to generate $142 million in annual revenue on the Miami-West Palm Beach route when operations stabilize, expected around 2020, or two years after start of service.

Of 2020 revenue, 76% is expected to be generated from ticket sales. The remaining 24% would come from ancillary sources such as advertising, food and beverage sales, merchandise sales, sponsorships and marketing affiliations, commissions from the company’s travel partners, and through ground transportation extensions.

During the shortened first quarter (service started in mid-January), the company generated $664,000 in ticket sales and $104,000 in other revenue, with 74,780 total passengers. Only Fort Lauderdale to West Palm Beach was operational during the period.

Operating expenses were $28.8 million during the first quarter. That included $9m in salaries and benefits, $2.4m in professional fees, $13.5m in general, administrative and other expenses, and $4m in depreciation and amortization. 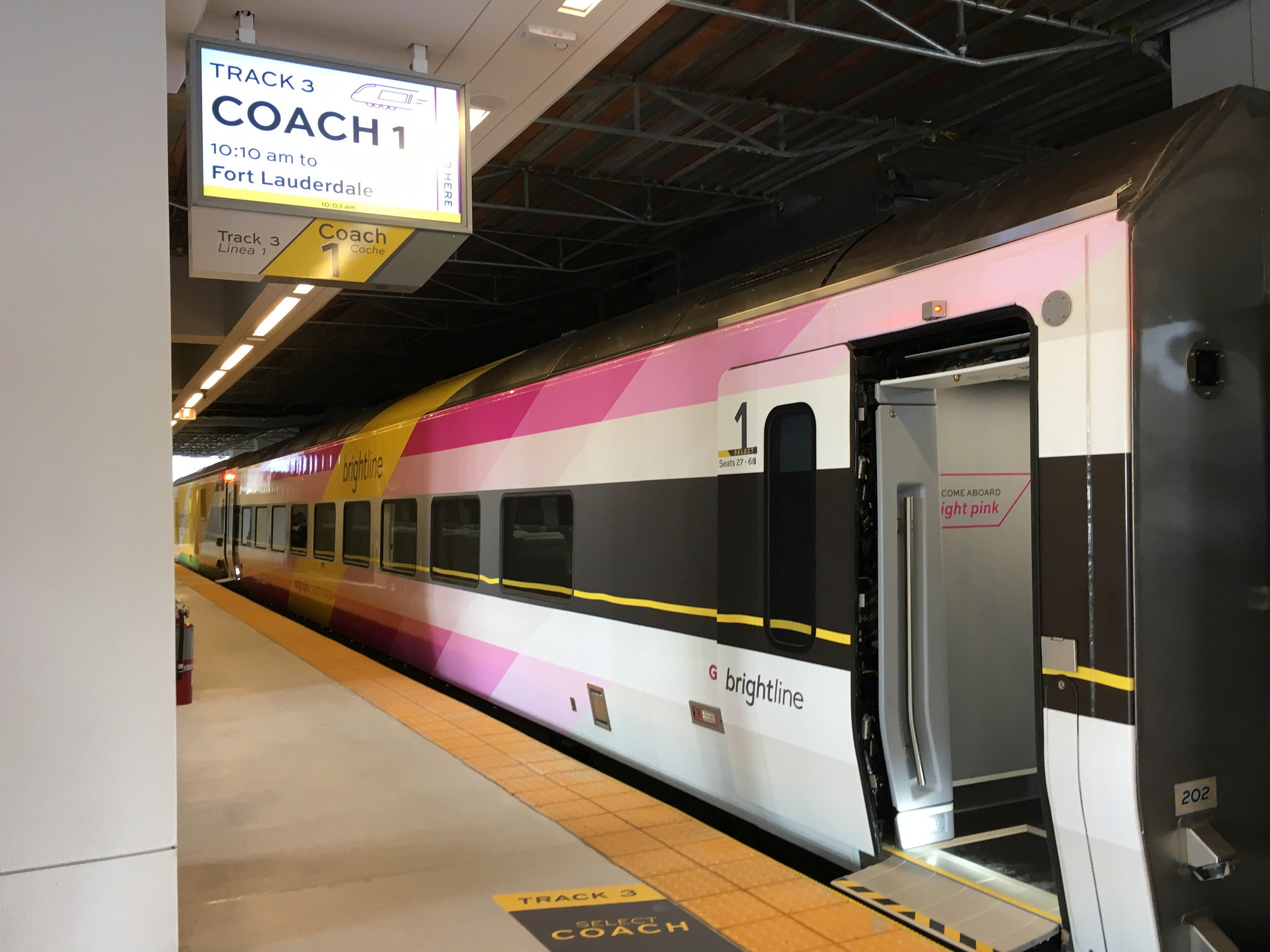