A developer has submitted plans to build the two tallest towers south of Brickell – breaking their own record set just a few months ago.

The twin towers are part of the Link at Douglas megaproject.

Earlier this year, a 36-story, 393-foot tower topped off there. A smaller 22-story tower, which was the first to reach completion at the site, opened in just the past few days.

The two newly proposed Link at Douglas towers are each planned to rise 39 stories, or 444 feet.

The new towers are proposed to include:

The building pedestal alone will be 10 stories, including 8 levels of parking.

A combined 1,587 apartments will be built at the four towers on the site when complete. The first tower that opened last week has seen strong demand, with over 50% of units already leased, the developer said.

The plans were submitted as part of a pre-application meeting with Miami-Dade. The county is overseeing zoning due to the project’s location in a Rapid Transit Zone.

13th Floor Investments and Adler Group are the developers. 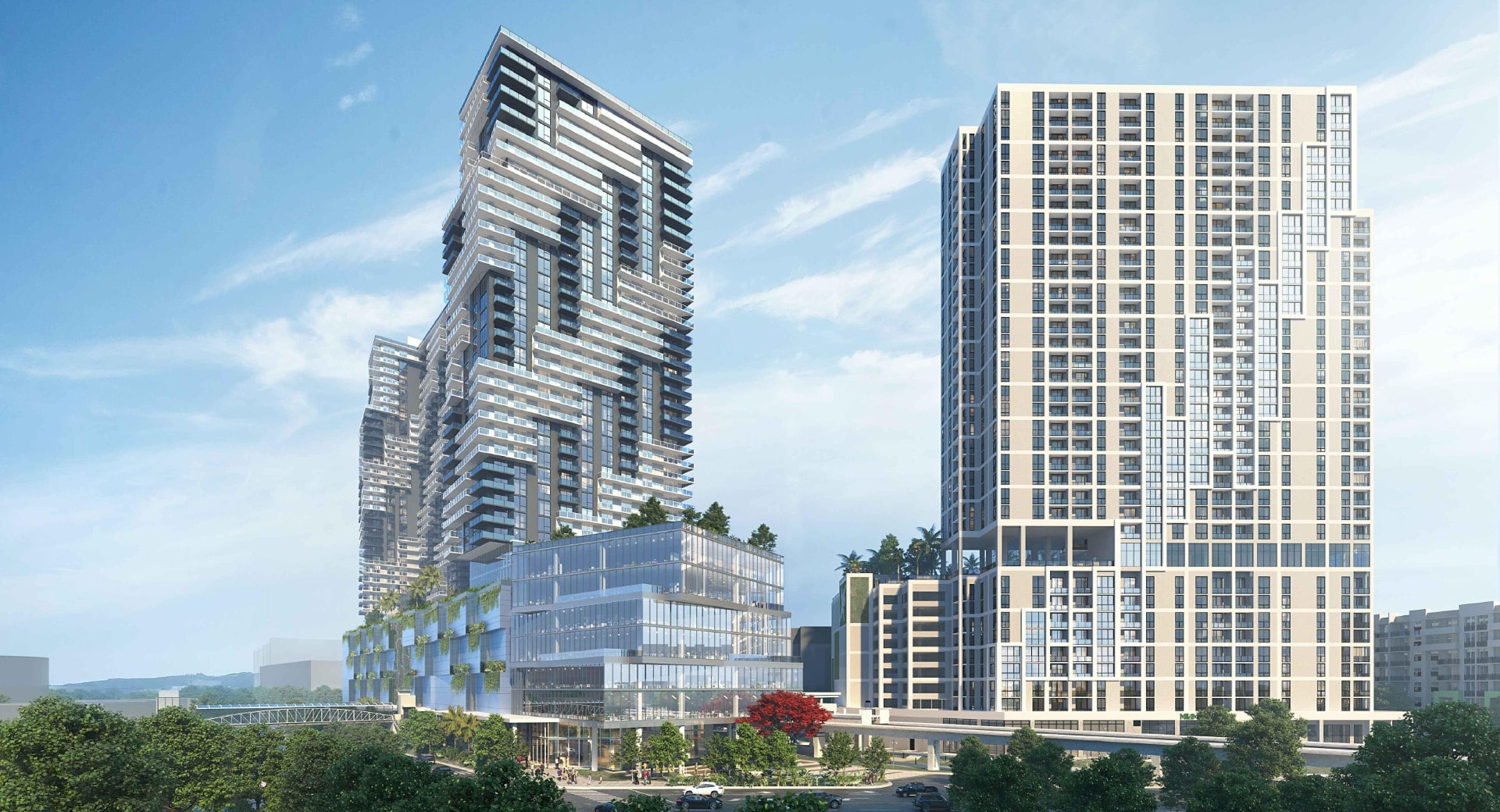 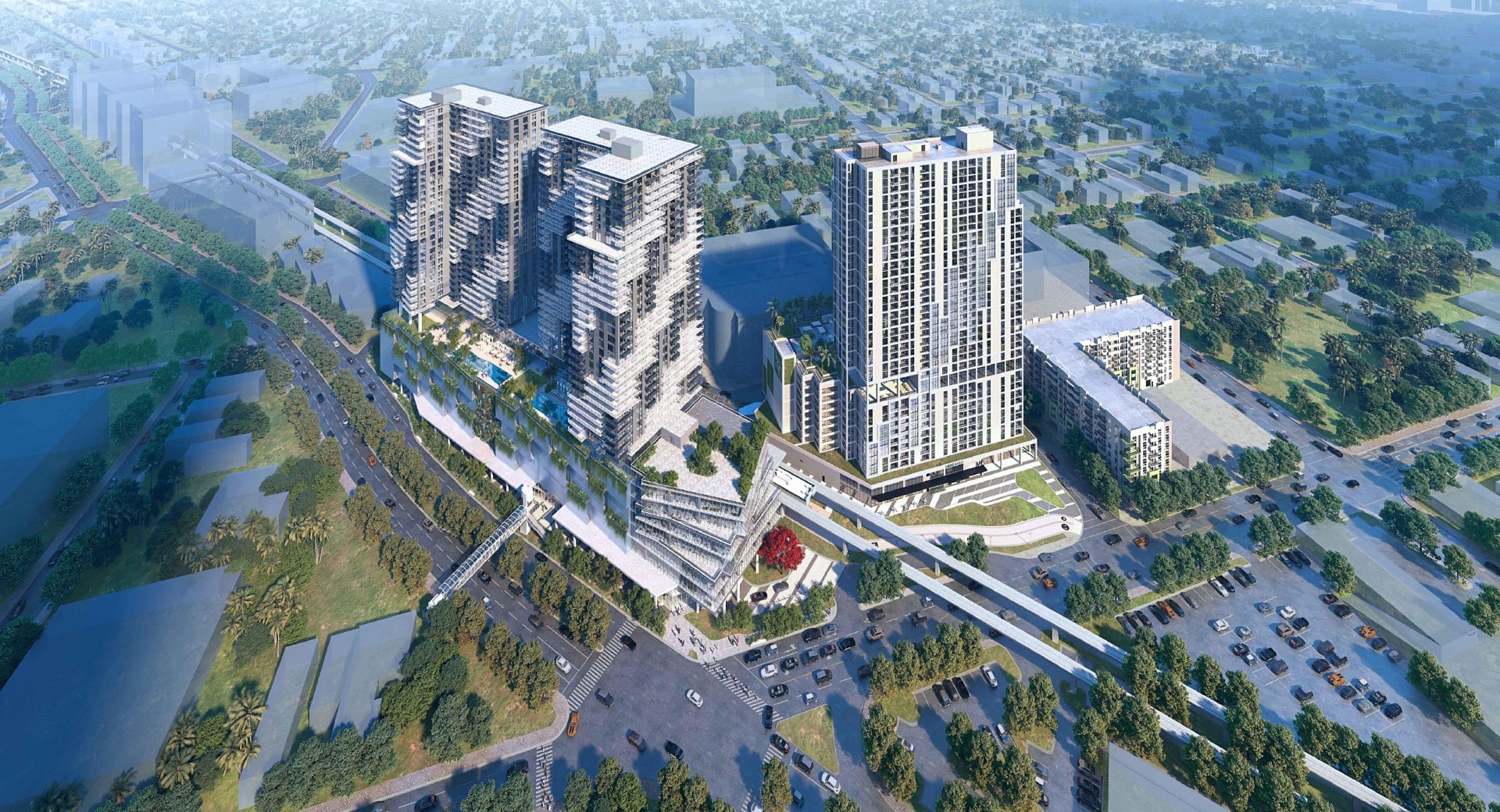 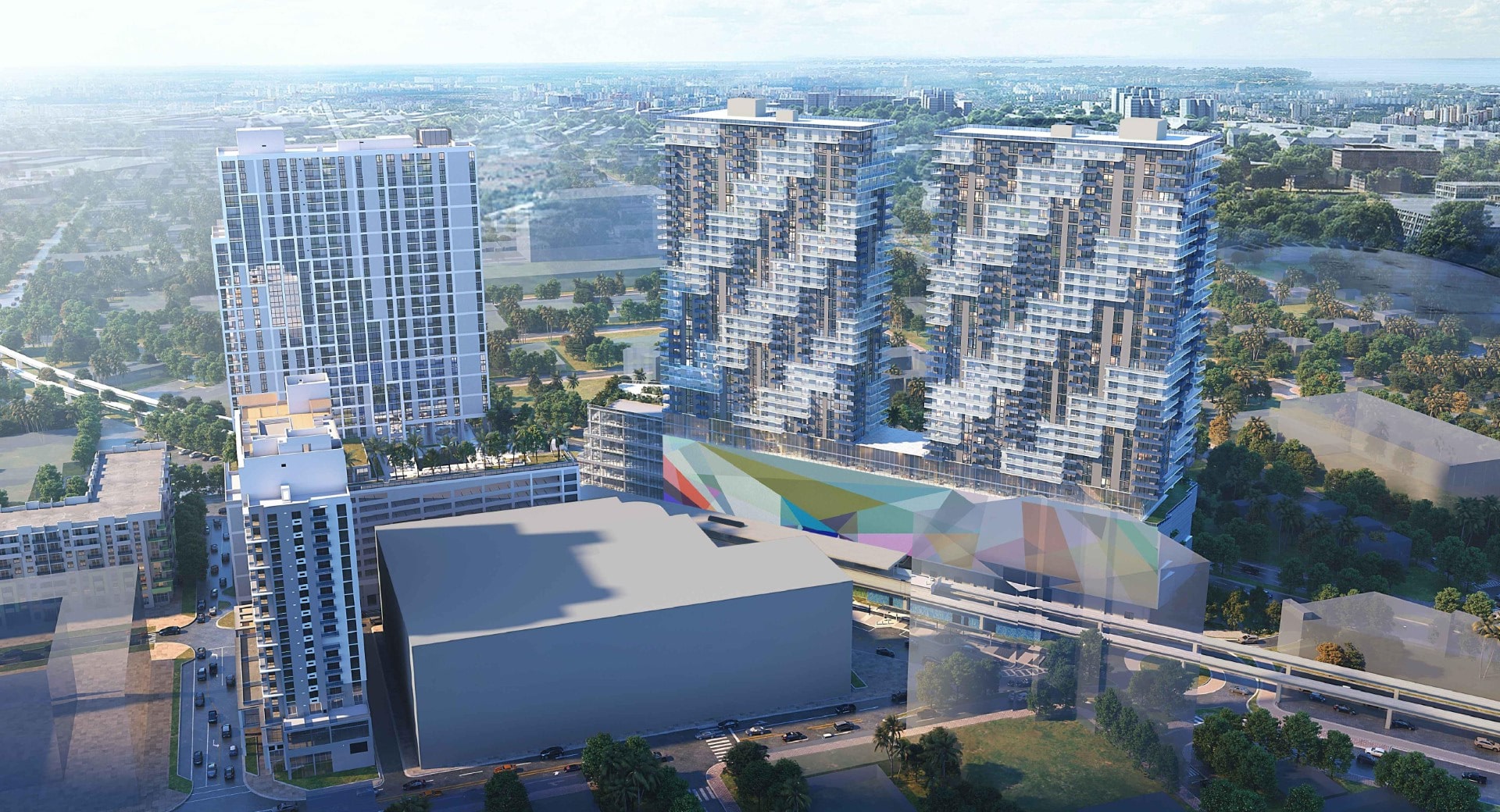 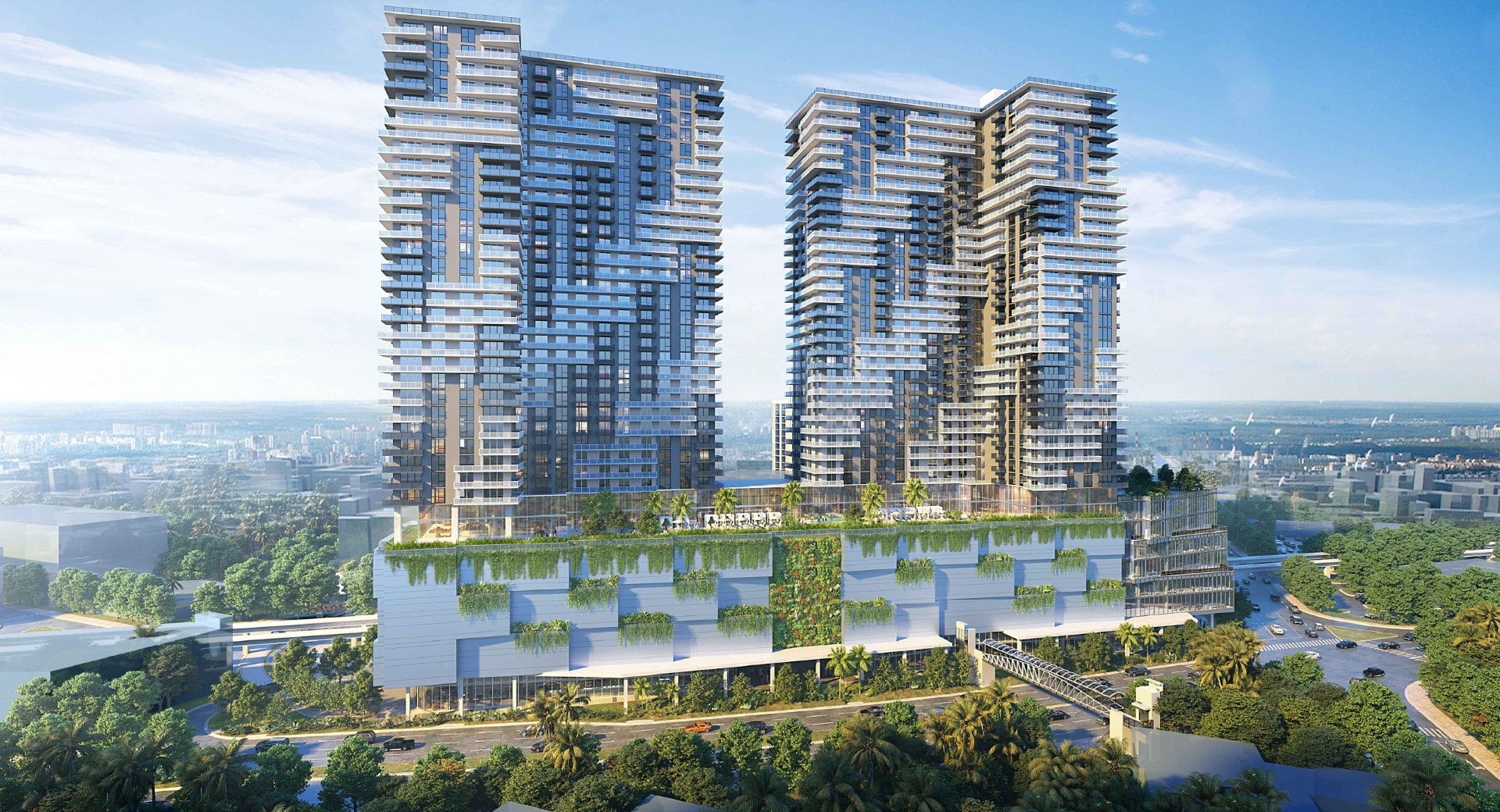