A partnership between the Miami Heat’s Udonis Haslem and Magellan Housing has signed a deal to connect a mixed-use project they are developing called Wynwood Works to the county’s utilities system.

Wynwood Works is being built in partnership with the Omni CRA on city-owned land.

The project site is next door to the building housing Kush Wynwood, a popular eatery and beer bar.

Tenants will be mixed-income. As part of the deal, some of the apartments at the complex will be restricted to low income and affordable income tenants earning up to 140% of the area’s median income. The CRA says tenants will range from transitional homeless to workforce.

In addition to providing the land, the CRA is also providing a grant of $9.9 million towards construction.

According to the utilities deal that was completed on May 26, Wynwood Works will include:

There will also be amenities space for tenants, although it wasn’t included in the utilities agreement.

MC+G Architecture is designing the building, with a mural by the Bakehouse Art Complex and artist lofts curated by the Miami Light Project. 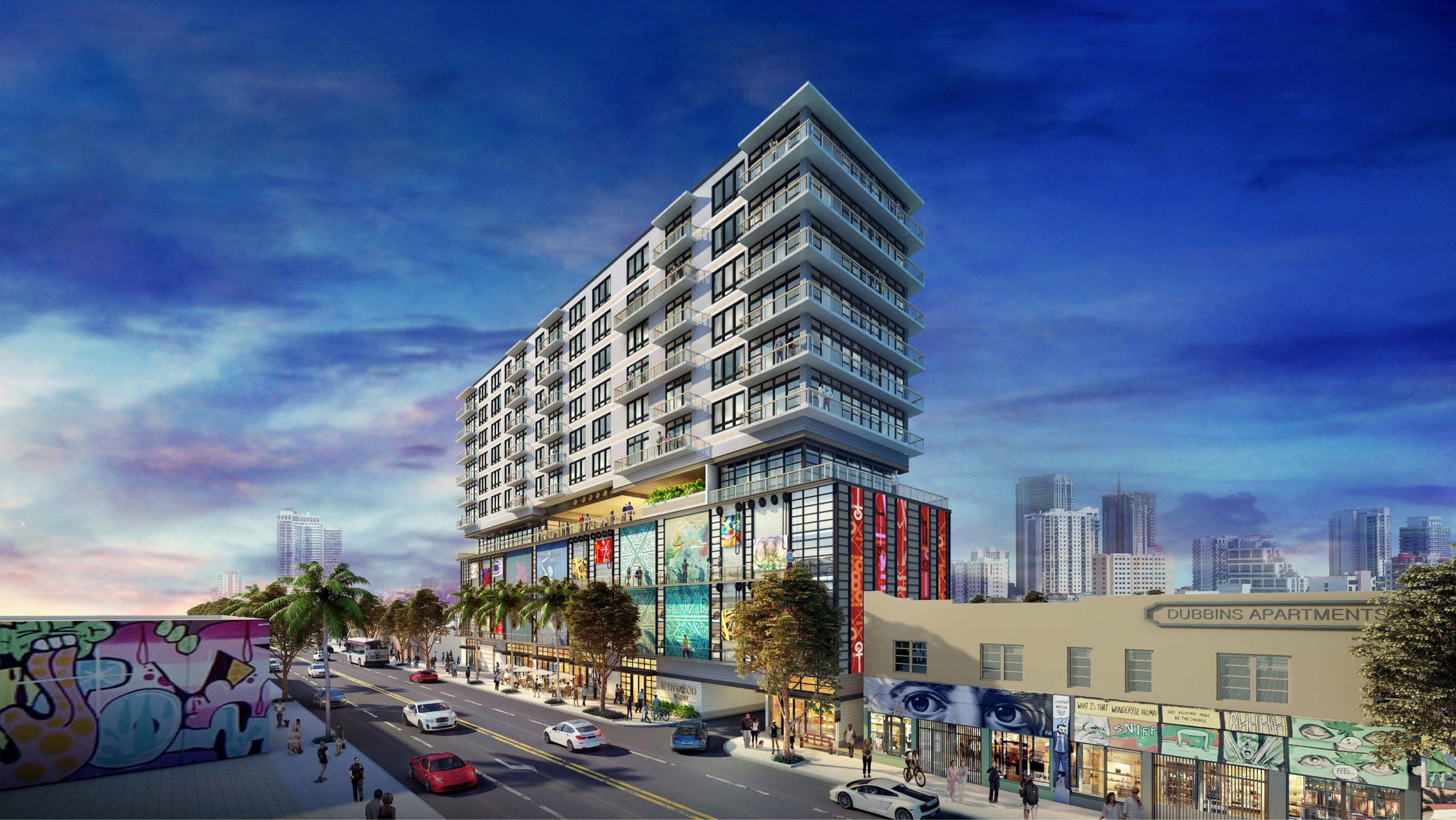