Downtown Miami’s Olympia Theater would be renovated with a building above converted to hotel use, under an unsolicited proposal submitted to the city of Miami.

The theater operates at a loss and is in need of substantial capital investments to repair, among
other things, the historic facade.

Half of net revenue would be given to charities, the proposal states.

The theater opened in 1926 and received historical designation by the National Register of Historic Places in 1984.

In 2017, Related Group submitted a proposal to redevelop the building with 300 residential units, but withdrew it after facing opposition. 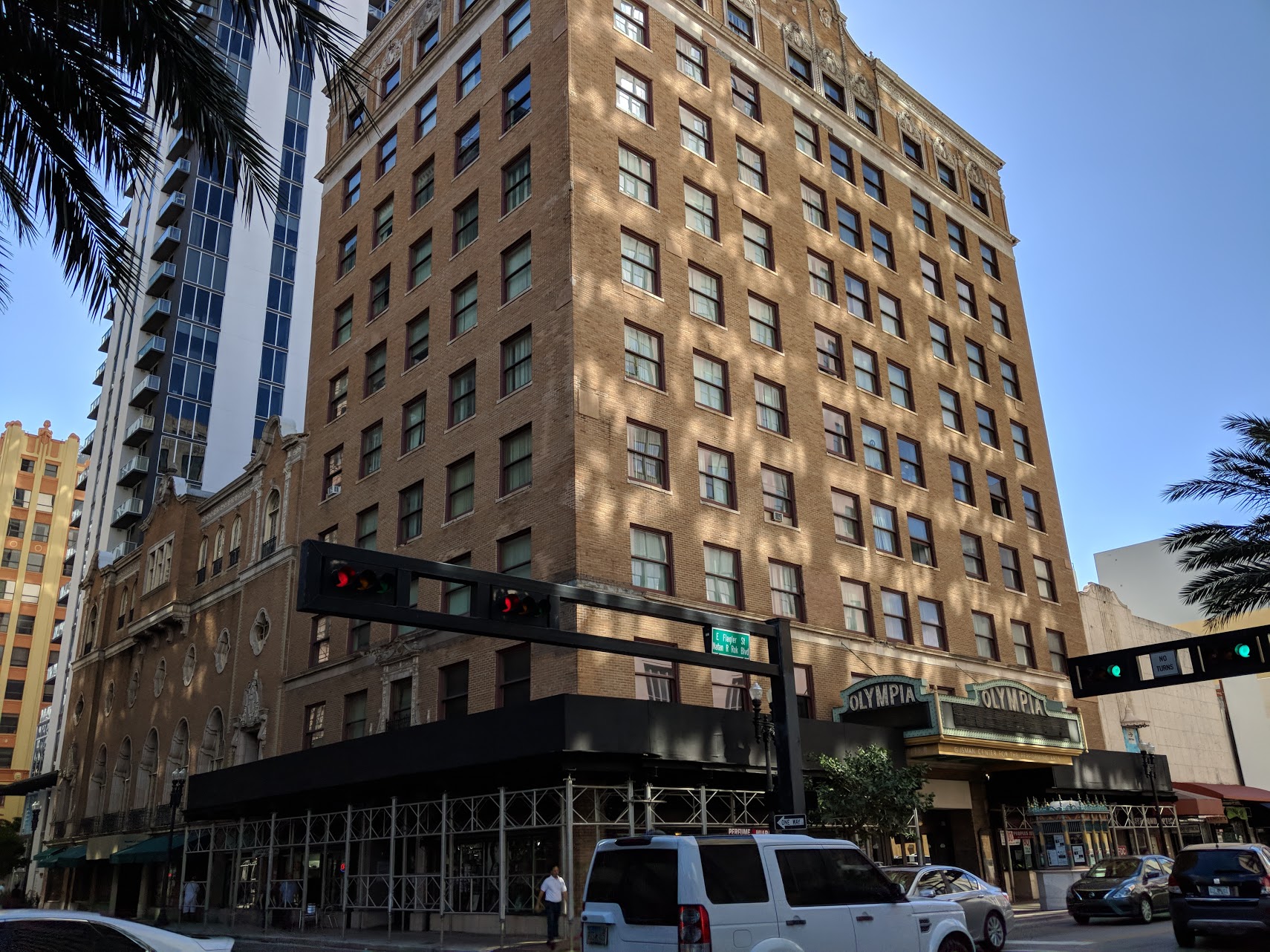