David Beckham has launched a campaign to win approval to build a stadium and office complex on what is currently Miami’s biggest public park.

According to a newly released video, his proposed complex is to be called “Miami Freedom Park.”

It would be built at the 180-acre Melreese golf course. In total, 70 of 180 acres will be developed.

The proposal appears to be in flux, and has changed dramatically in just the past week. As of now it includes:

Beckham will be visiting a Miami Commission meeting this week, and rallying fans there.

The goal is to get the development and lease agreement on the ballot this November. That will require a quick approval from Miami commissioners to approve the referendum, just days after they were first shown the plans. 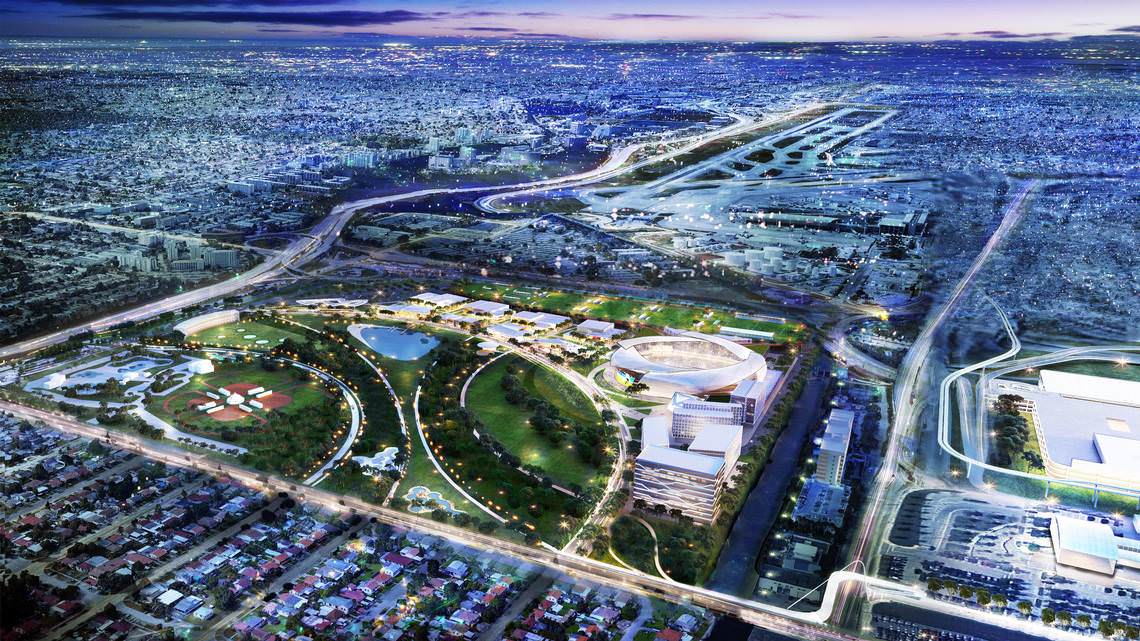