Ford has opened an autonomous vehicle operations terminal in Wynwood, where a fleet of self-driving cars will be based.

It is the first for the company in the nation. Miami was chosen as a testing site, partly due to the challenging conditions the cars will face, including a high level of congestion. Ford also calls Dade Mayor Carlos A. Giménez “a champion of innovative technology .”

Test deliveries of Dominos Pizza to some Miami residents have already started, and a Postmates delivery pilot will begin this month. Lyft is a partner in Ford’s system, but hasn’t announced if they will test the system in Miami. 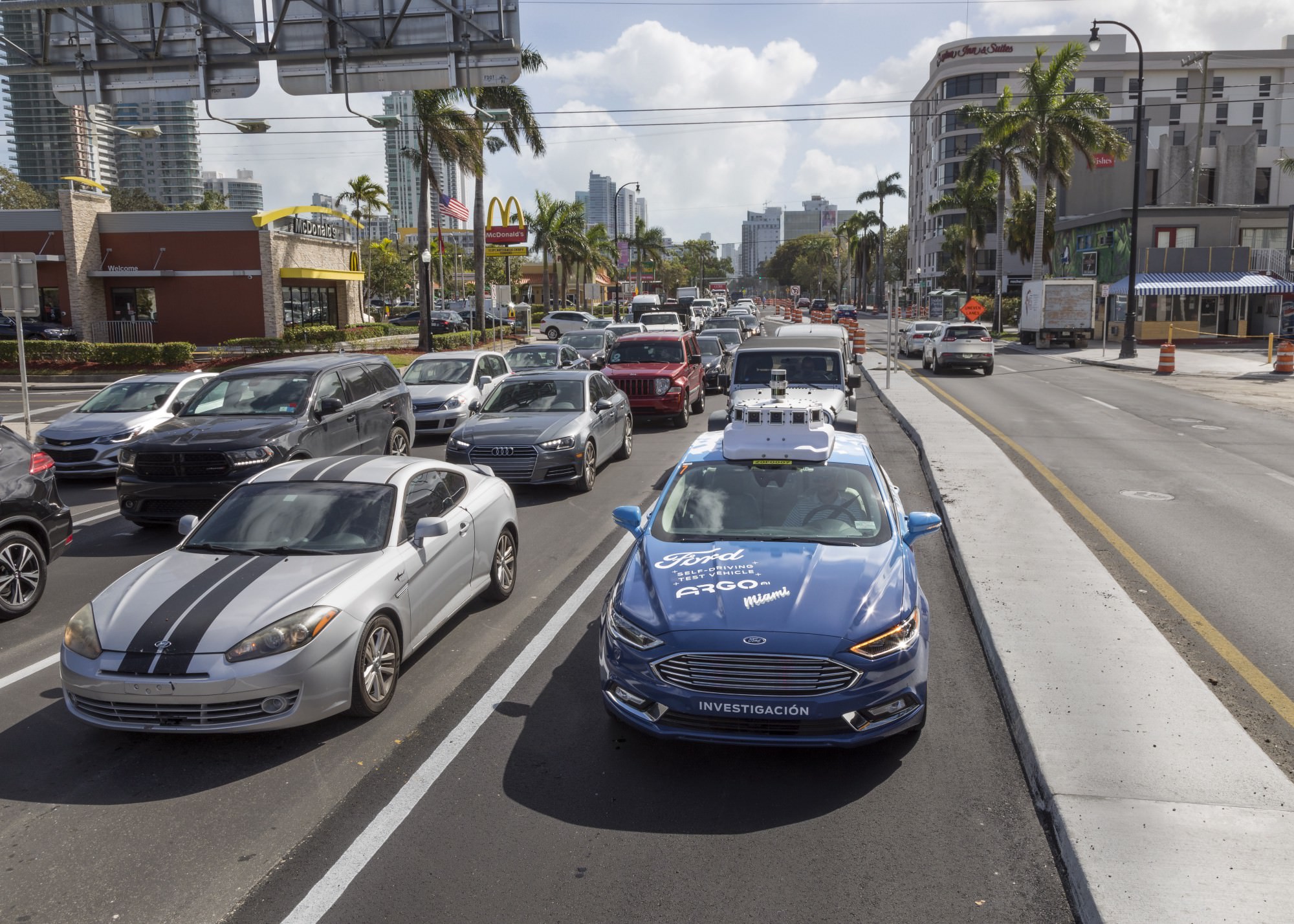