Virgin Trains (Brightline) is working to expedite construction of a new station connected to Aventura Mall, according to the Herald.

A passenger bridge would cross Biscayne Boulevard and West Dixie Highway to the station, which will be built on four acres at 19825 NE 26th Ave. The bridge will connect to the Aventura Mall bus station, making it a regional transit hub.

The new station would a maximum of $76 million including land and construction, and could be paid for by Miami-Dade taxpayers. Virgin is in contract to buy the land, but is asking for Miami-Dade to fund both the purchase of the land and construction costs. Funding would come from the county’s half-percent transportation surtax on retail, while the city of Aventura will contribute $4 million.

Tickets would cost 35 percent less than a Virgin ticket to Fort Lauderdale as part of the deal. From downtown Miami, the cost would be $9.75 in the cheapest class of service.

Tri-Rail has also written a letter to the county requesting access to the station, but it isn’t clear if Virgin will allow it.

A vote on the deal by Miami-Dade commissioners is likely to take place at a special meeting next week, unless it can be pushed as a last minute add on item at a meeting tomorrow. 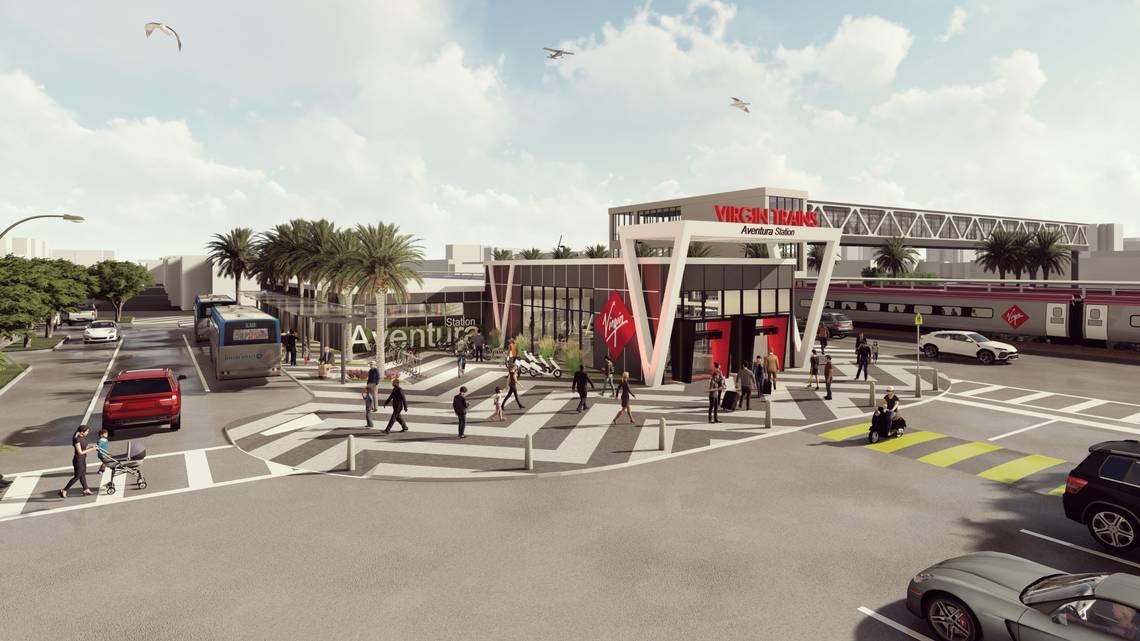