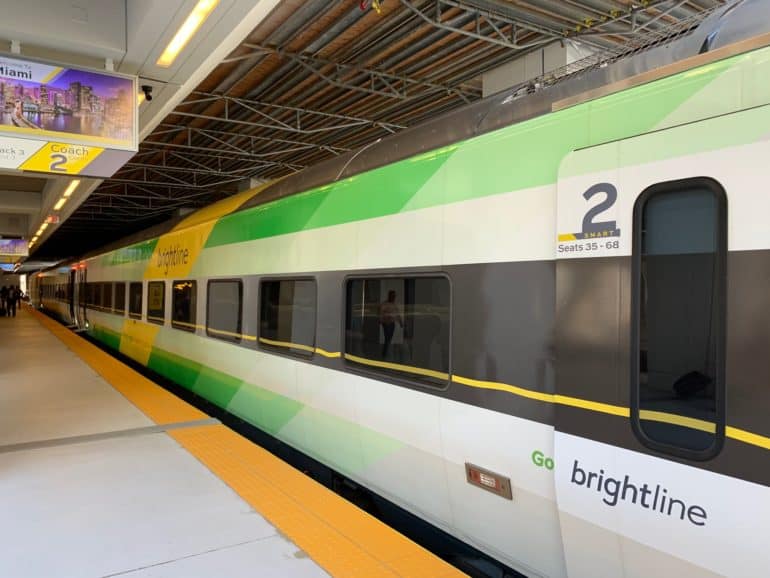 Virgin Trains is now in full swing on construction of its high-speed rail line from Miami to Orlando, and received final approval for a Boca station yesterday.

The rail company showed off construction progress on its Miami to Orlando rail line last month, according to Florida Today.

There are already over 300 construction workers building the Miami to Orlando rail, with the number expected to top 1,000 within a few months.

Contractors are now doing piling and construction work for 30 bridges on a 35-mile stretch between Cocoa and Orlando, and three underpasses. An additional 28 bridges will be built between West Palm Beach and Cocia, according to the Orlando Sentinel.

As of last month, over 370,000 cubic yards had been cleared in preparation to begin laying rail.

The newly constructed Cocoa to Orlando stretch will be the zone where trains will be allowed to go fastest, at 125 miles per hour. An existing stretch from West Palm Beach to Cocoa will be run at 110 miles per hour.

Actual construction of the rail line will only take about two year, but almost another year is needed for testing to ensure it can handle high speeds, bringing the total completion time to nearly three years.

Virgin’s high-speed train service between Miami and Orlando will begin in late 2022. Total Virgin investment in its Florida rail line is around $4 billion, becoming the first private passenger rail line to be built in the United States in over 100 years.

Yesterday, Boca Raton’s city council gave final approval for a new Virgin Station with a parking garage. The company says construction should take nine to ten months, with opening in late 2020, according to WPTV.