Brightline – which is now known as Virgin Trains – has raised the funding it needs to build a high speed rail line from Miami to Orlando from investors.

In the past three weeks, 67 investors have lined up to buy the $1.75B in tax free bonds that had been approved by the state of Florida. That is enough to begin construction on the stretch from Miami to Orlando, and work will begin imminently. Permits and construction contracts are already in place.

The company on Friday won state approval to issue another $950 million in tax free bonds, bringing the total to $2.7 billion.

The announcement of funding came at an event held last week where the company was officially renamed from Brightline to Virgin Trains USA. Richard Branson was in attendance.

Virgin’s station at Orlando International Airport is already completed. Construction of the rail line from West Palm Beach to Orlando will take 30 to 36 months.

At the event, the company also confirmed that they are working on additional stations:

Another $100 million may be issued to purchase rolling stock.

Some of the investors made in person visits to ride the train, and one called it “a whole new level of train transportation,’” Bond Buyer wrote. The response was said to be overwhelmingly positive. 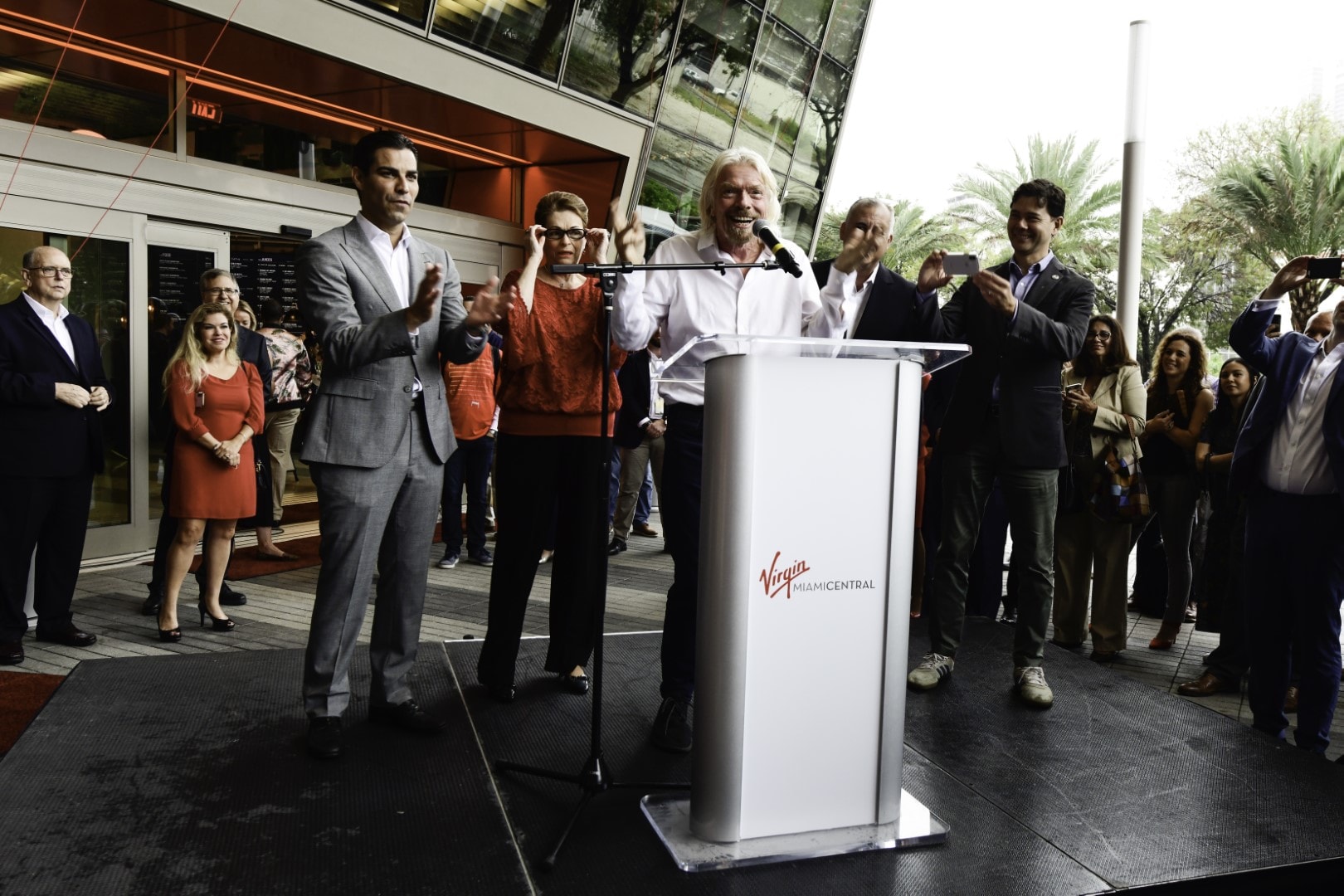