PortMiami is getting another new cruise terminal, this time from Richard Branson’s soon to launch Virgin Voyages.

Virgin is designing the $150m terminal to resemble a palm tree grove. At night, beams of light will shoot into the sky from pockets spaced between the tree-like roof, which will also allow sun to penetrate inside during the daytime.

The two-story glass facility is designed to be storm proof.

Scarlet Lady, Virgin’s first ship, is scheduled for delivery in 2020. The ships inaugural voyage and home port will be Miami, and the company’s headquarters is also in the Miami area.

Other new cruise terminals are in the works for Norwegian (with their “Pearl of Miami” under construction), MSC, and Disney, while Royal Caribbean just opened their new facility this month.

Arquitectonica is the architect of the new Virgin terminal. Approval from Miami-Dade commissioners of the deal must still be obtained. 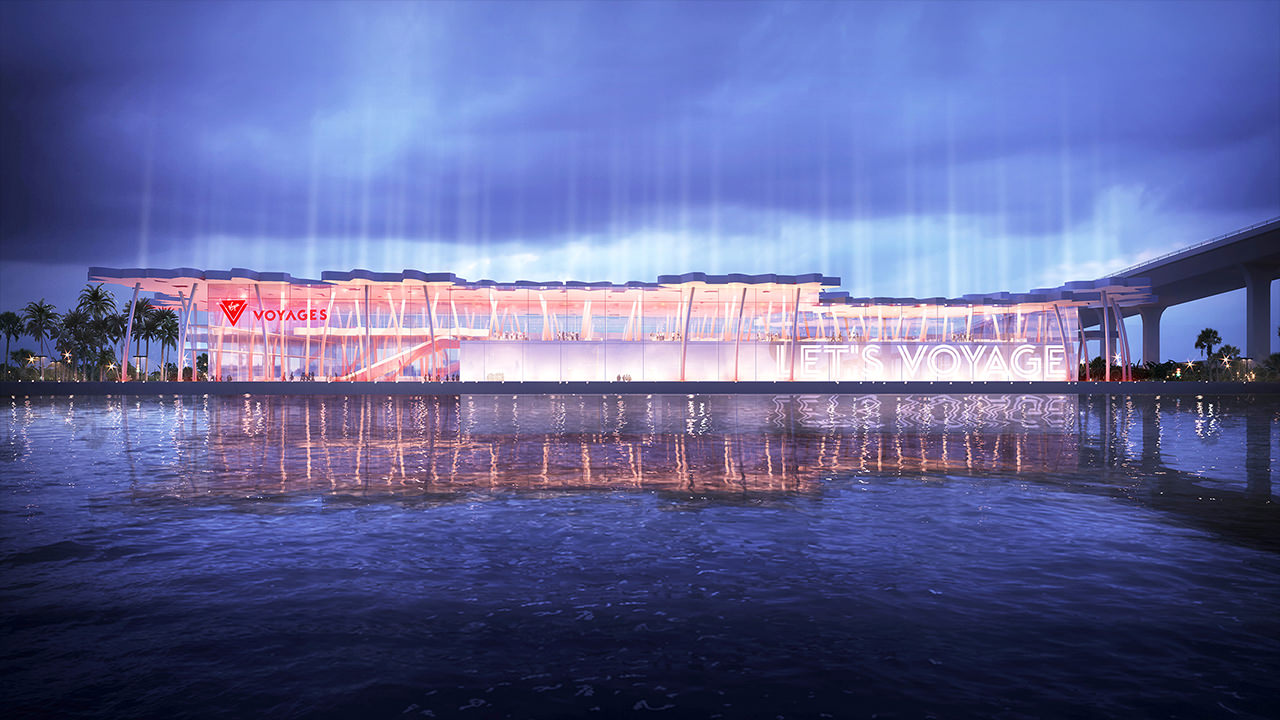 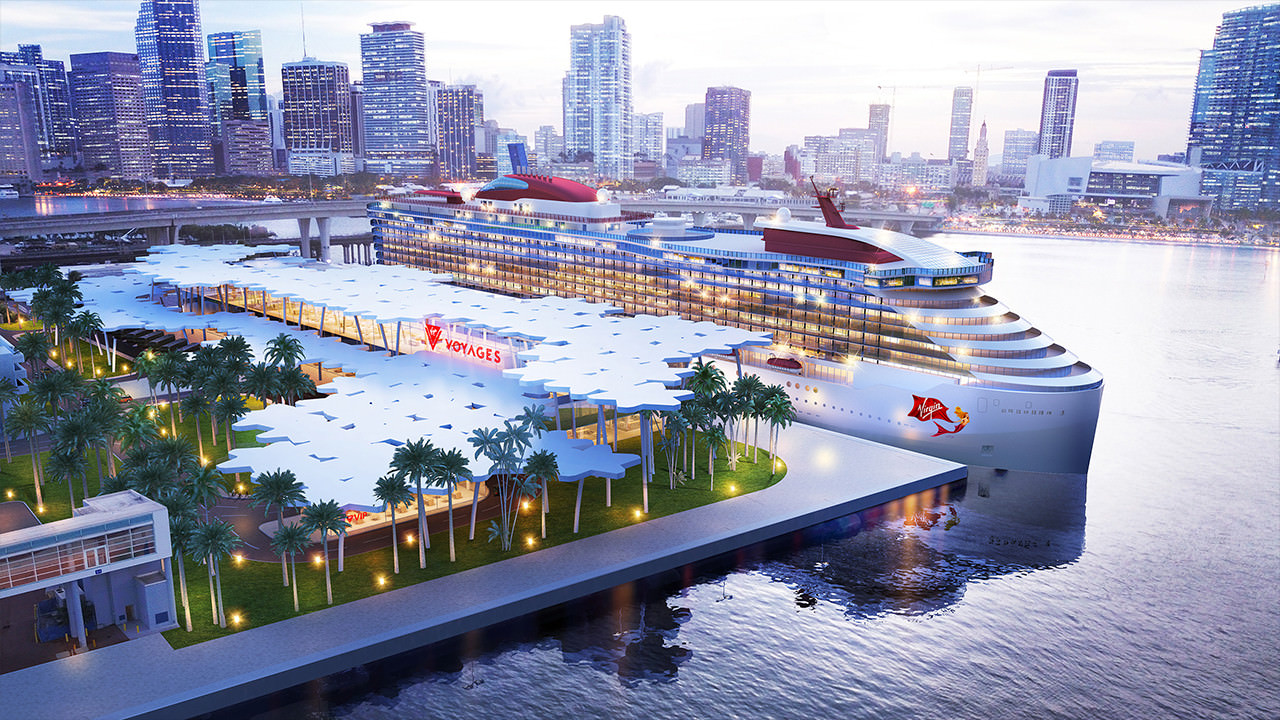 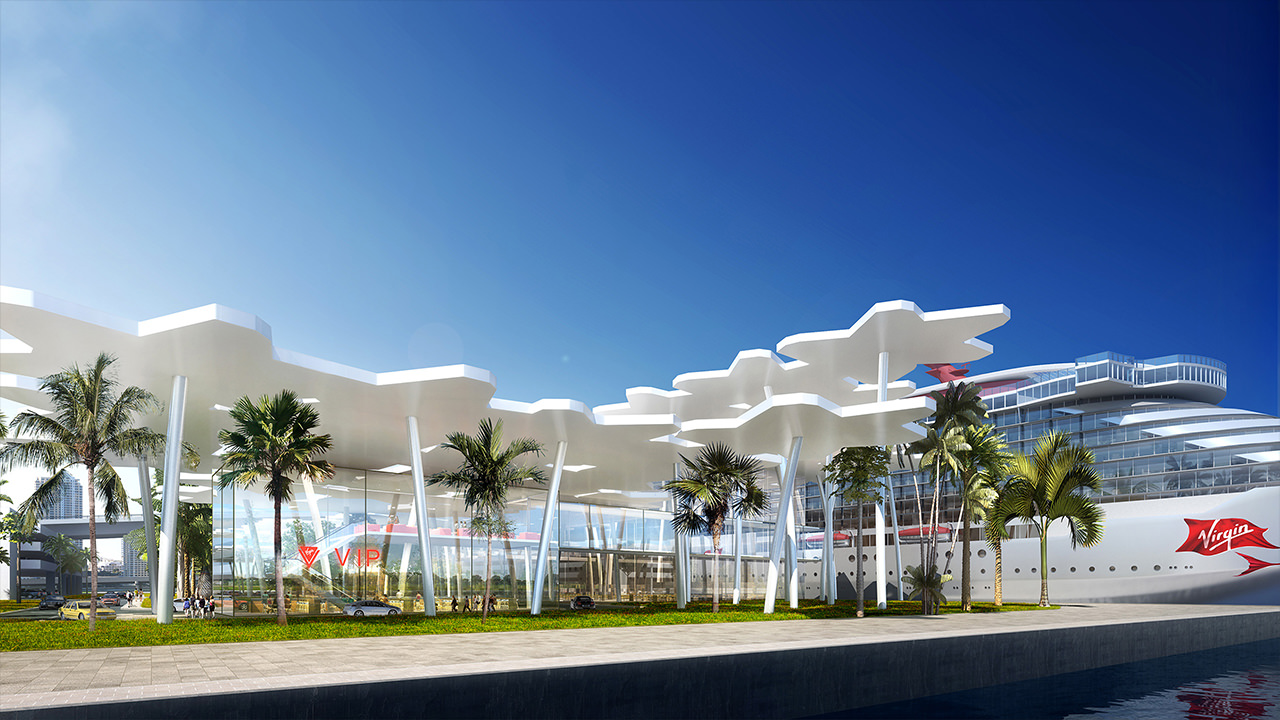 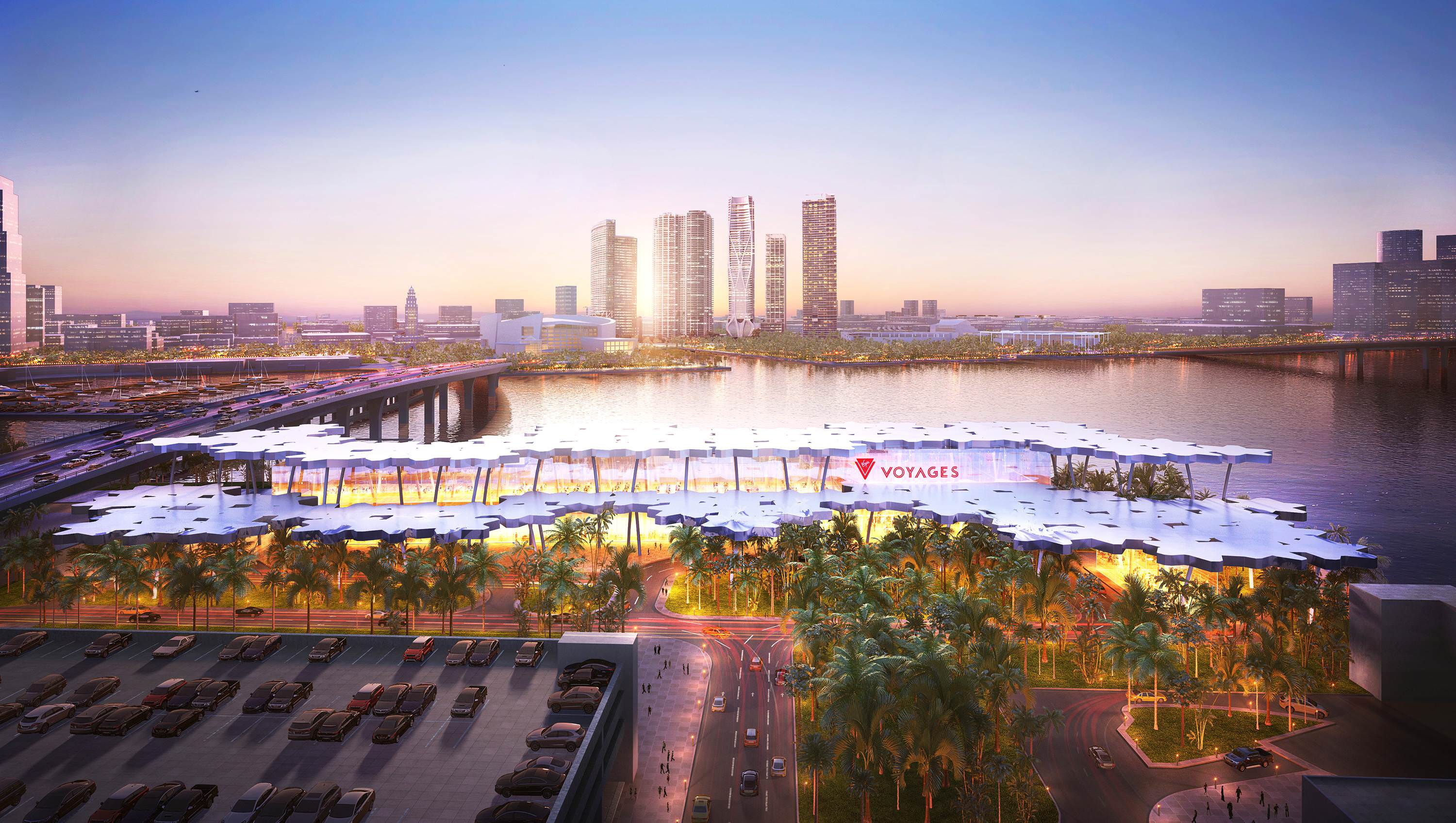