Here’s our idea on how Miami International Airport can solve multiple issues it faces in a single shot, helping to improve the passenger experience.

We love MIA for its convenient location and incredible lineup of flights to North America, South America and Europe. That said, the facility leaves much to be desired. Many of these issues stem for poor planning and design. They include:

How to solve these problems: Aviation officials are now considering developing a 400-room hotel in three possible locations on airport grounds, either through a public-private partnership or by issuing bonds.

Instead, the airport should consider building a grand Hong Kong-style check-in, baggage claim, and retail hall, on underutilized land in front of the Central Terminal currently occupied by short term parking. The new building should also include both the hotel and enough retail space that a private developer could partially or completely fund construction of the entire space.

The new facility would help shorten and break up long walks with baggage from the MIC, since check in and baggage claim would be right at the entrance to the MIA Mover train station. Car traffic could also be redesigned and better engineered for drop off at the new building.

New retail, terminal, and lounge space could be built in the area freed up from the existing check in area. TSA checkpoints could be redesigned properly within the new building or in existing space. And of course, the new hotel could get built too.

Unknown is whether the retail and hotel expansion would be enough for a private developer to entirely fund the new facility, but even if not it could be a worthy project.

Miami has as bright a future as any city in America, and deserves an airport to match. Regardless of what happens with this development, lets stop the haphazard piecemeal planning at MIA and start thinking big for the future – including real expansion of terminal space.

The check in hall at Bangkok’s Suvarnabhumi Airport: 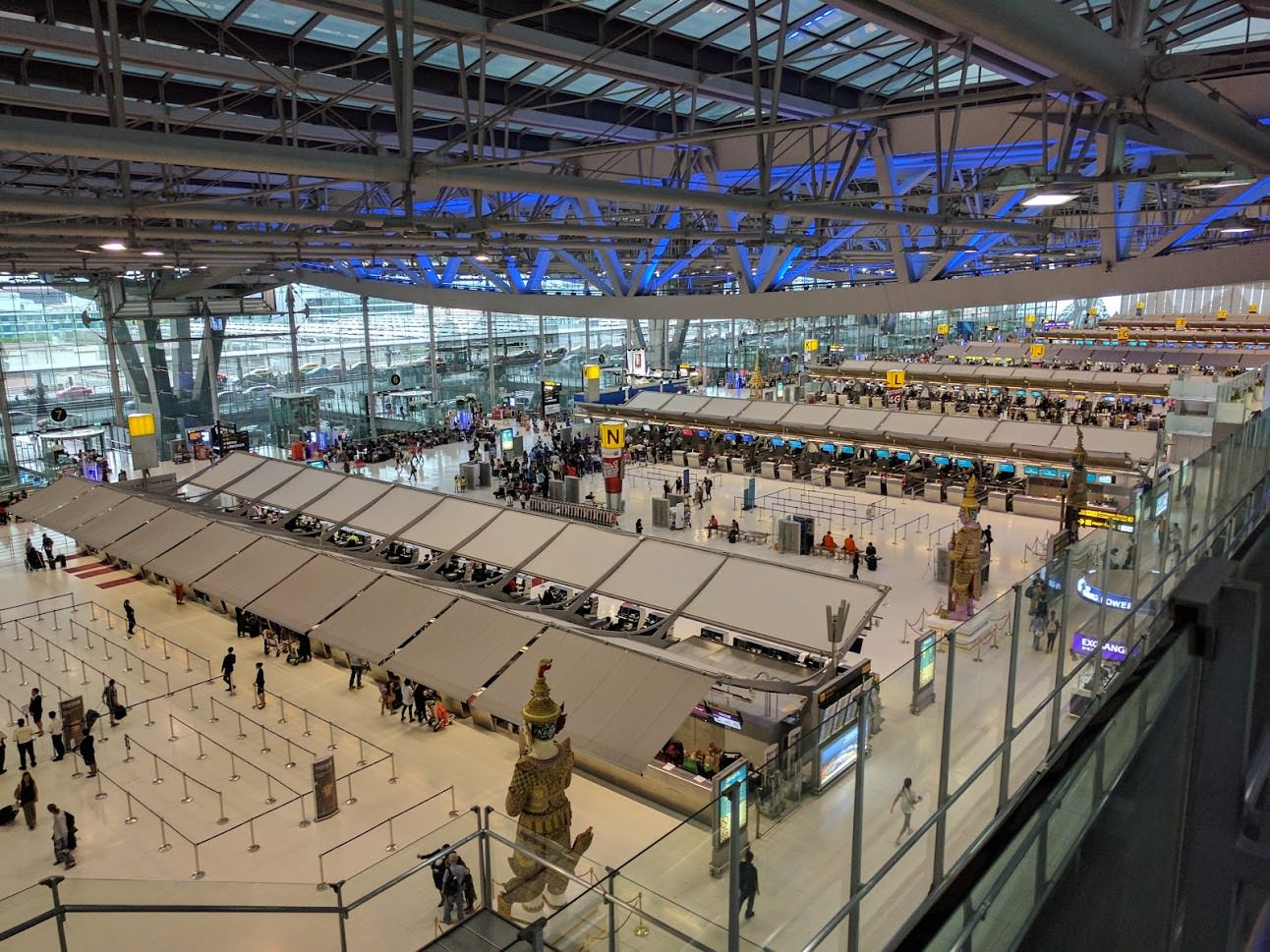 The long walkways currently used by passengers using the Miami Intermodal center, with the hotel in background. The airport should consider building a new departure hall with retail, hotel and check in areas to replace the 1-story short term parking lot below: 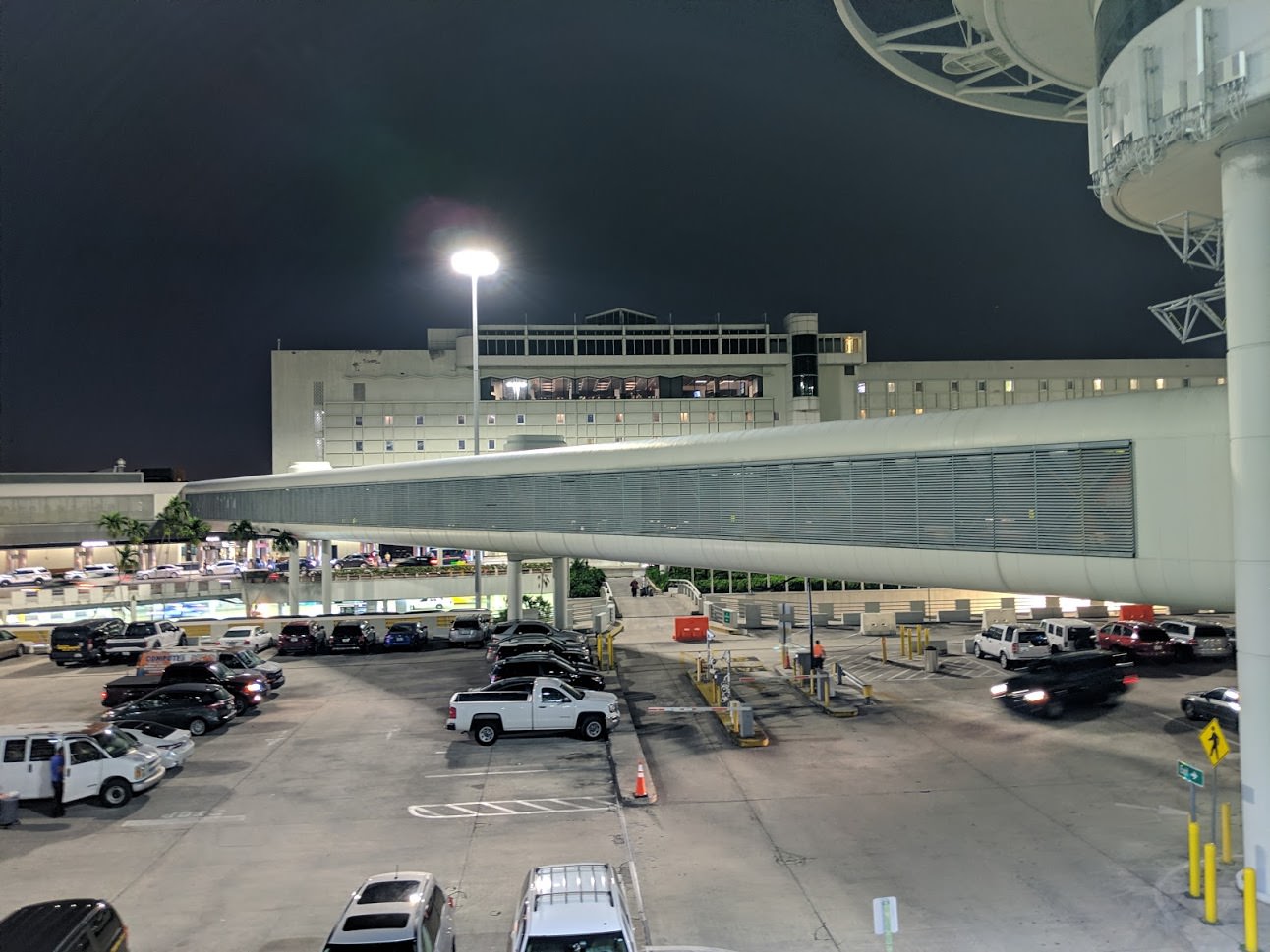 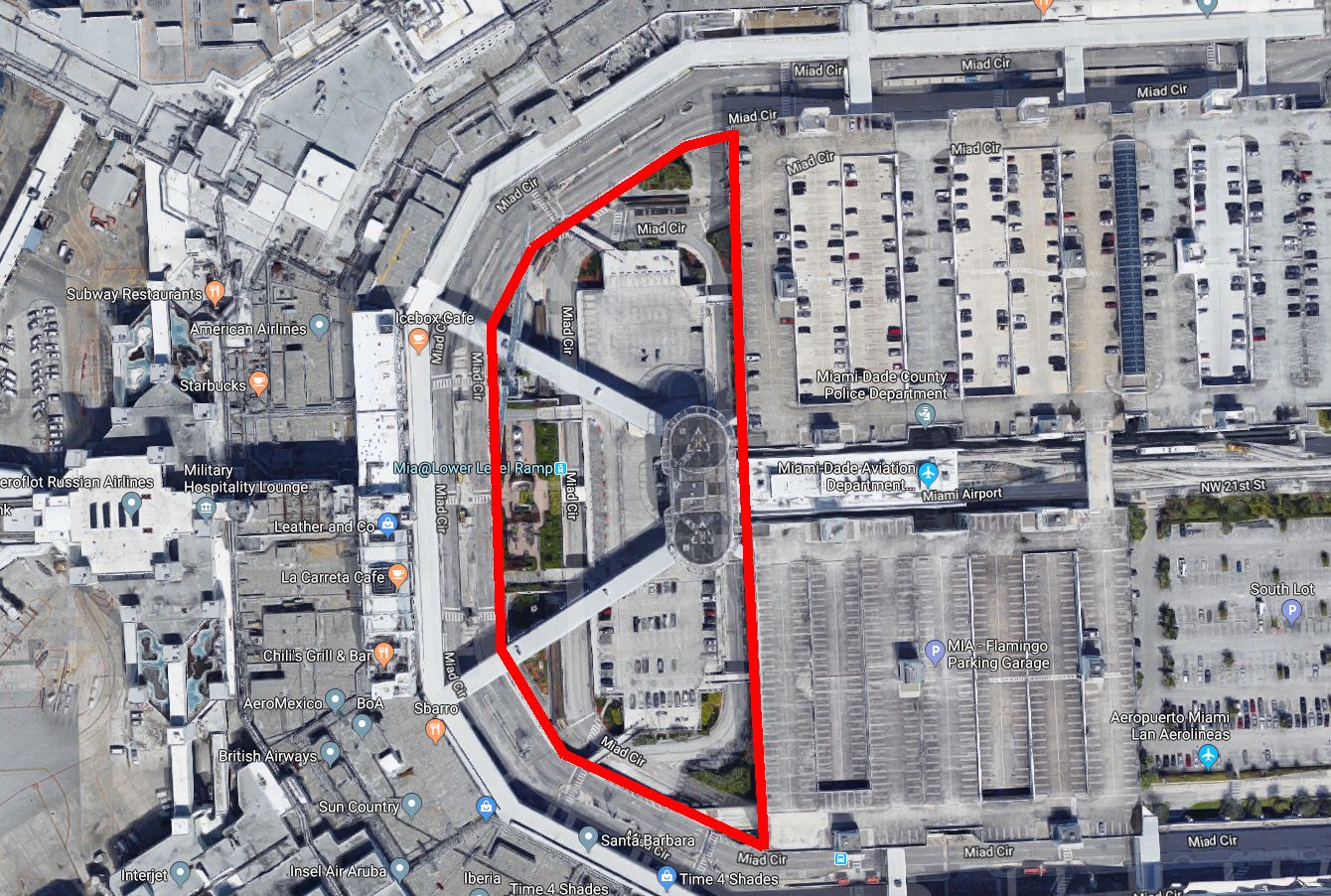 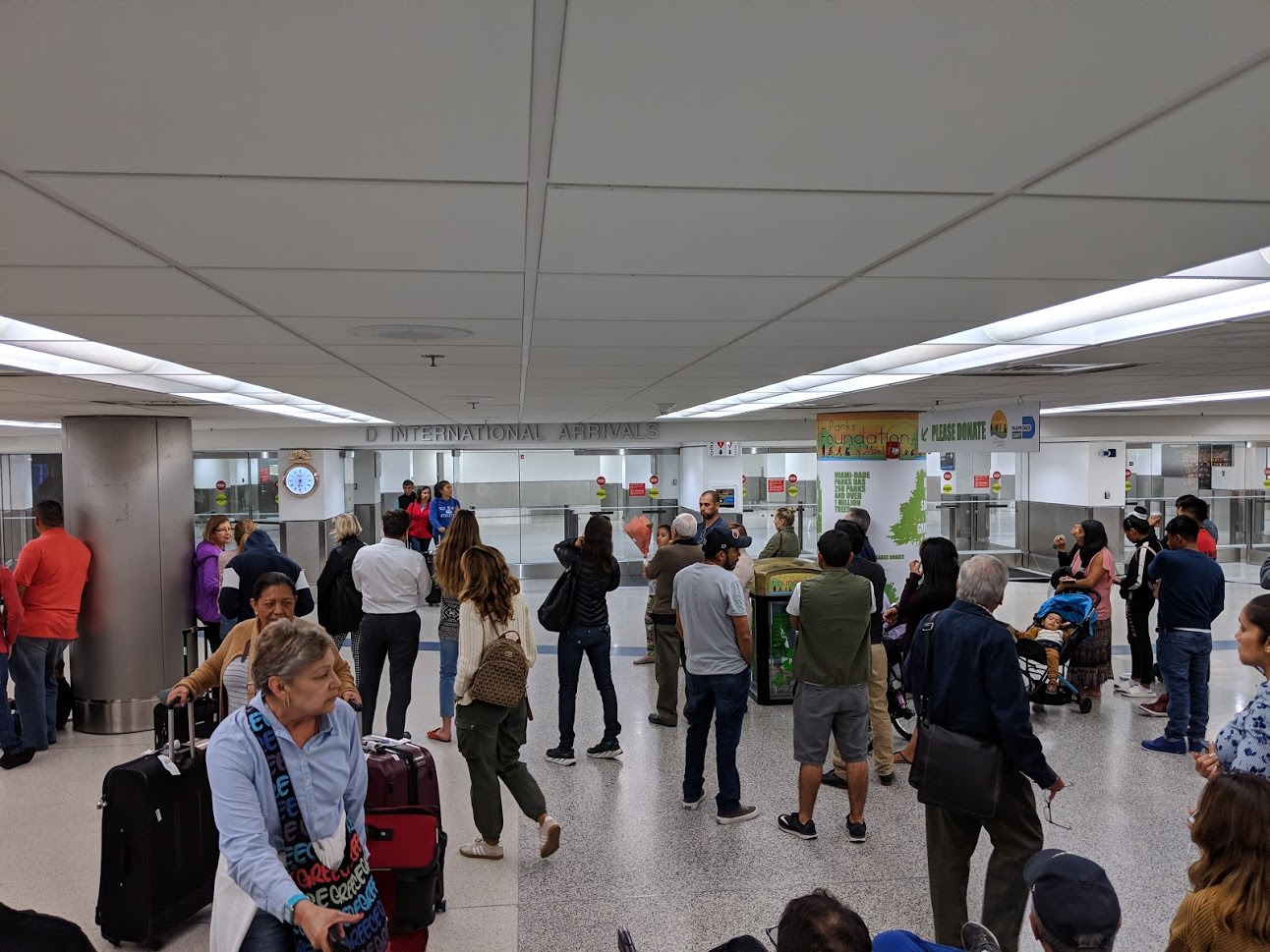 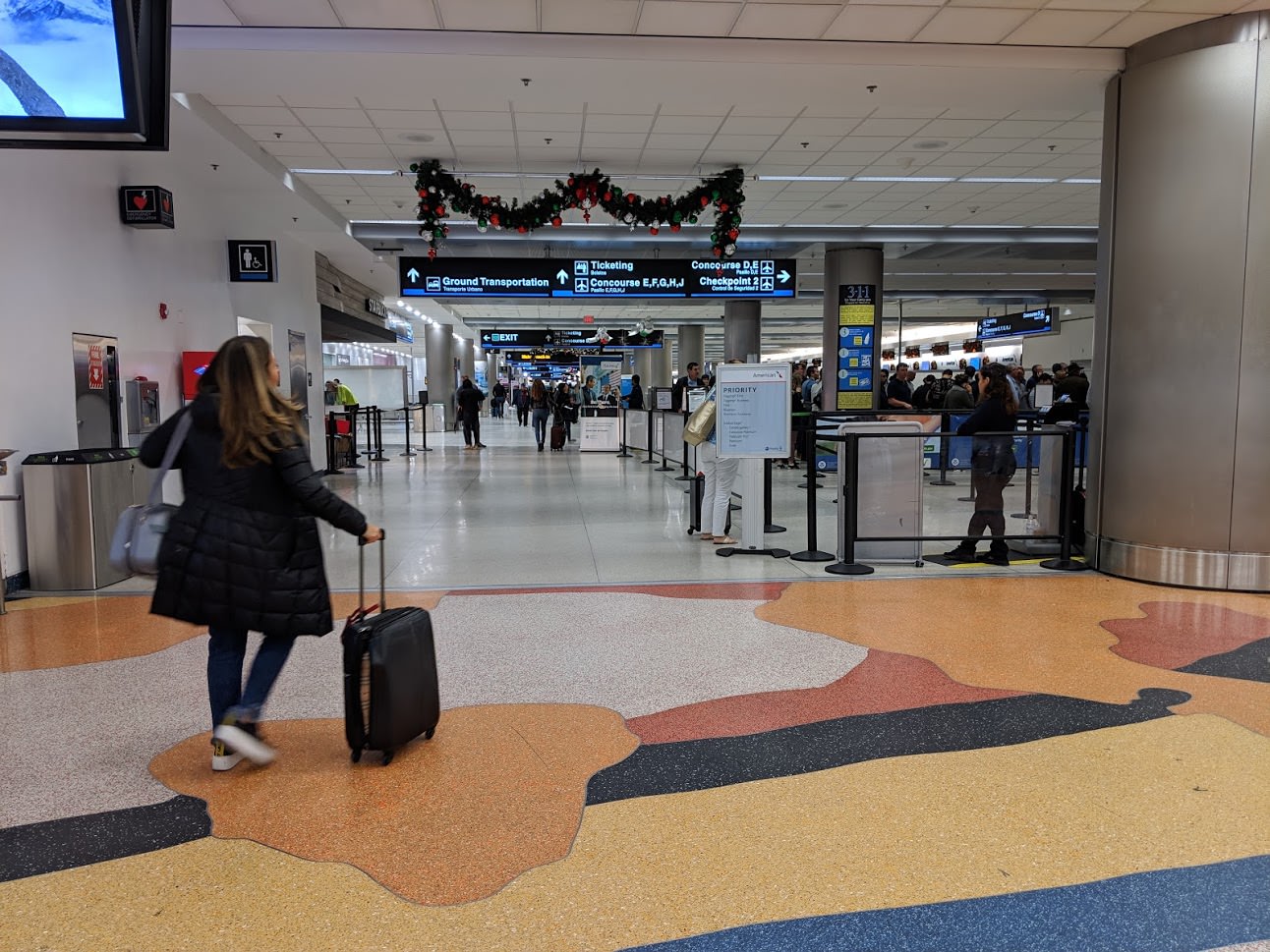