Worldcenter’s Motwani Admits: We Won’t Be Building The Project

The current owners of Miami Worldcenter don’t intend to actually build the project themselves.

Instead, they have been moving through the approval process and gaining valuable entitlements for the property with the apparent goal of flipping the land to other developers at a profit.

The revelation was made in a deposition of Worldcenter managing principal Nitin Motwani last month that was obtained by exMiami. In the deposition, Motwani admitted that the current goal of Worldcenter was ‘to sell land,’ although in 2009 the partnership ‘had some aspirations to develop’. Now, the goal is simply to ‘make money’ by selling Worldcenter parcels to third parties. The deposition was related to a lawsuit by Edie Laquer, who sued over a stake in the project.

The project is still likely to begin construction within a matter of months, but it will be led by other developers. Motwani and his partners have contracts to sell two key pieces to developers who plan on doing the building. MDM Development is buying the former Miami Arena site with plans to build an 1,800-room Marriott convention hotel, while mall operators Taubman Centers and The Forbes Company are buying land to build a 765,000 square-foot shopping center anchored by Macy’s and Bloomingdale’s.

Motwani also revealed that in addition to his salary, he has a promoted interest in the project that is equal to ten percent of Art Falcone’s stake. 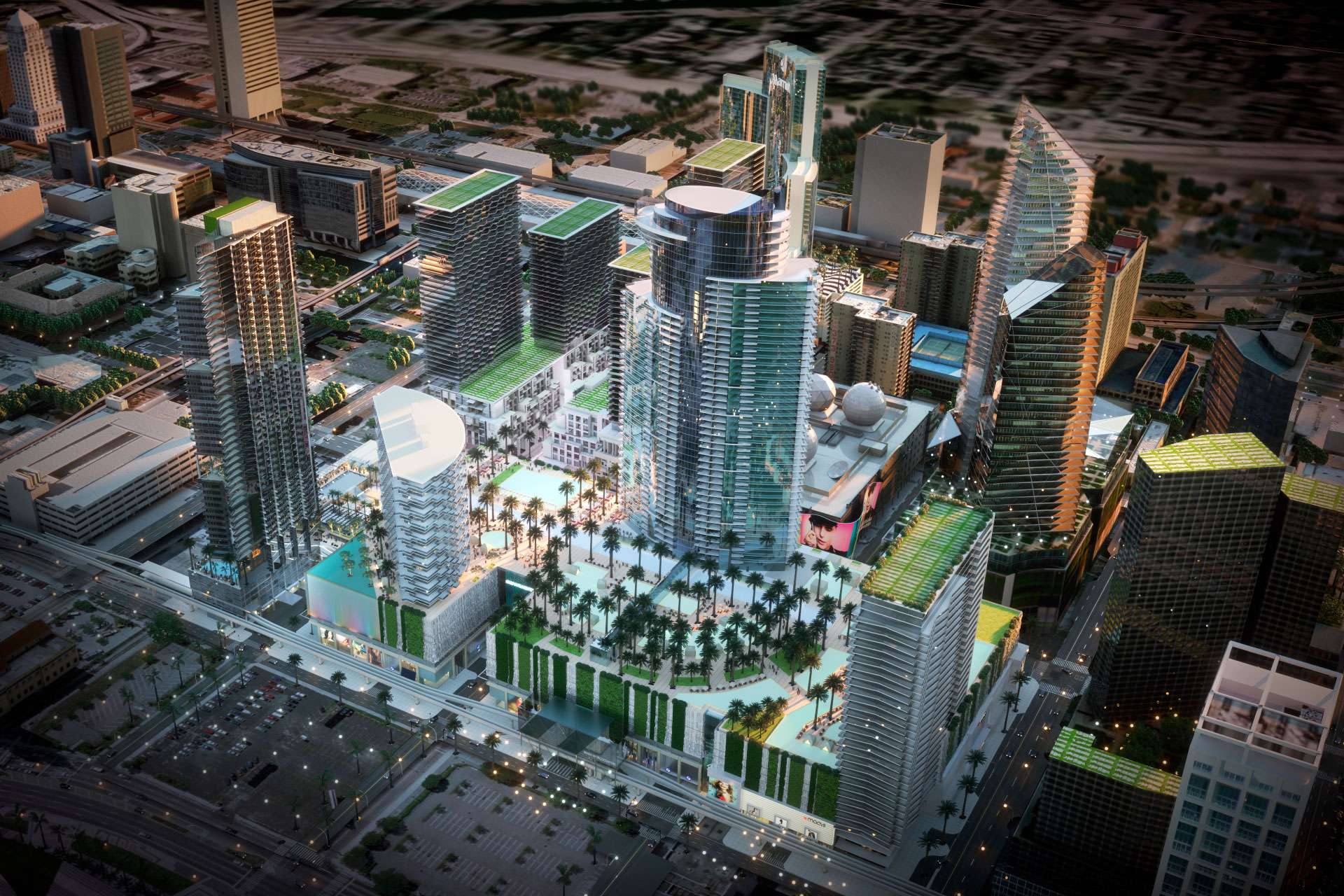