Phase one of the $2 billion, 27-acre development will include retail, condos and luxury apartments.

MIAMI, FL – May 18, 2015 – Plans for the first phase of Miami Worldcenter, one of the largest urban real estate developments underway in the U.S., have received the green light from the City of Miami. The approval, which paves the way for the development team to apply for building permits, applies to the Mall at Miami Worldcenter, the PARAMOUNT Miami Worldcenter condominium, and a luxury apartment building. The project’s groundbreaking is scheduled to take place in the third quarter of 2015.

Miami Worldcenter is a collaboration between master developer Miami Worldcenter Associates and a team of best-in-class development firms that will help realize a master plan created by Elkus Manfredi Architects by bringing various components of the project to market.

The Forbes Company and Taubman will deliver a 765,000 square-foot shopping mall, which will be anchored by Bloomingdale’s and Macy’s alongside high-end dining and entertainment options. The team behind the PARAMOUNT Miami Worldcenter condo, the project’s signature residential tower, includes Miami developer Daniel Kodsi in partnership with Art Falcone and Nitin Motwani. Nearby, a 429-unit luxury apartment building developed by ZOM will rise adjacent to Bloomingdale’s. Two blocks west, Miami-based MDM Group will develop a new Marriott Marquis hotel, set to feature 1,800 hotel rooms and 600,000 square-feet of meeting and event space.

“We have assembled a world-class team with a track record of delivering transformational projects, and now we’re taking the last step toward starting construction of Miami Worldcenter,” said Nitin Motwani, Managing Principal for Miami Worldcenter Associates. “Miami Worldcenter will transform 27 acres in the heart of Miami into a city within a city, connecting the central business district with the arts and entertainment district.”

In addition to serving as a catalyst for additional private investment in downtown Miami, Miami Worldcenter is expected to yield a significant economic boost to the tune of approximately 18,000 jobs, according to a study by Fishkind & Associates. The expo center will also bring world-class events and conferences to downtown Miami for the first time in the City’s history, capturing new visitors and their spending.

Bridging Miami’s Central Business District with its fast-growing Arts & Entertainment District, Miami Worldcenter will breathe new life into some of the City’s most underutilized blocks while enhancing neighborhood connectivity and creating new links to public transit. Modifications to area streets and expanded sidewalks will improve pedestrian and vehicle flow between Biscayne Bay, Museum Park and American Airlines Arena and points west, including Overtown and the Miami River. Direct links to the new All Aboard Florida high-speed rail terminal and the existing Miami-Dade Metromover system will encourage the use of mass transit. 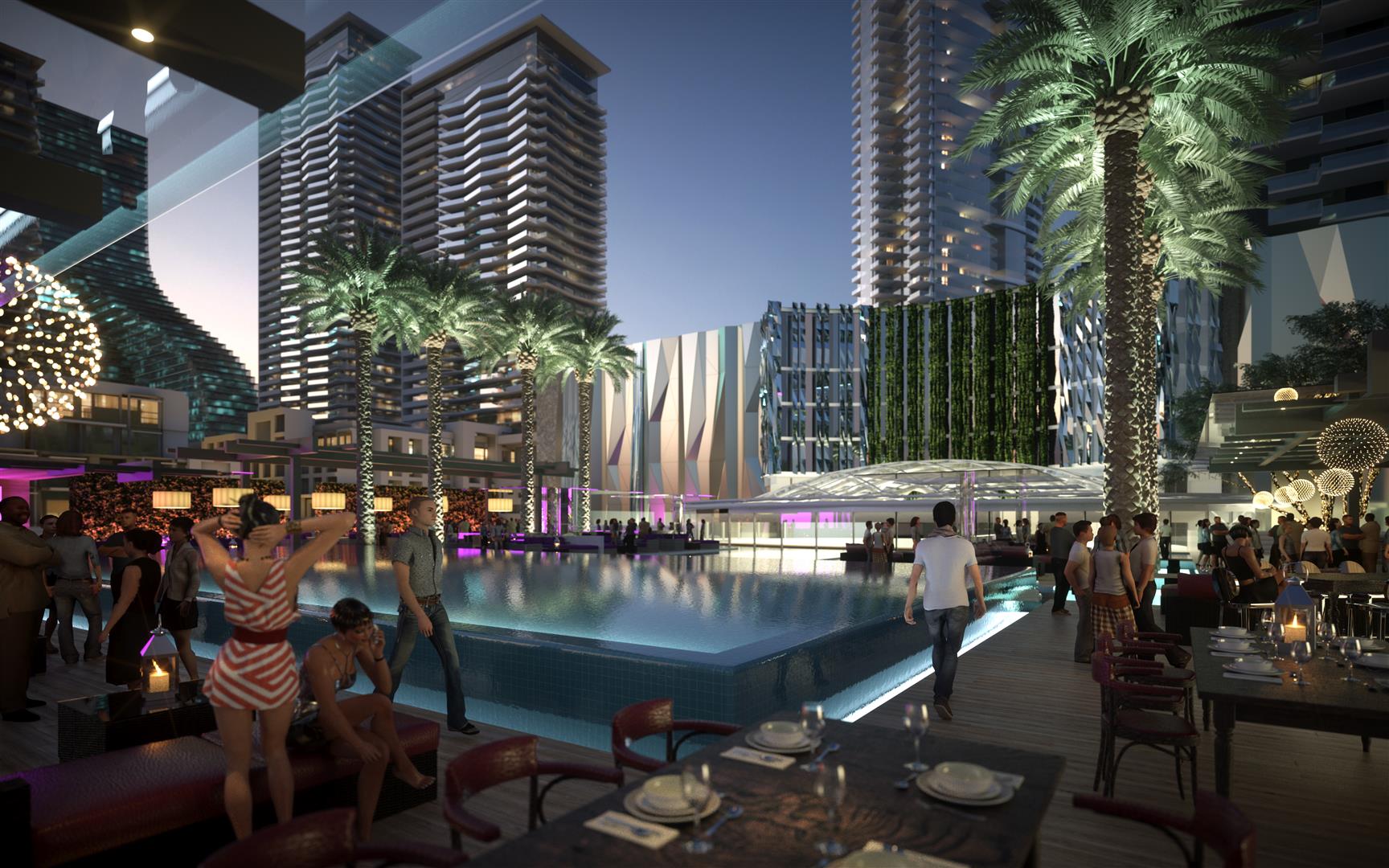 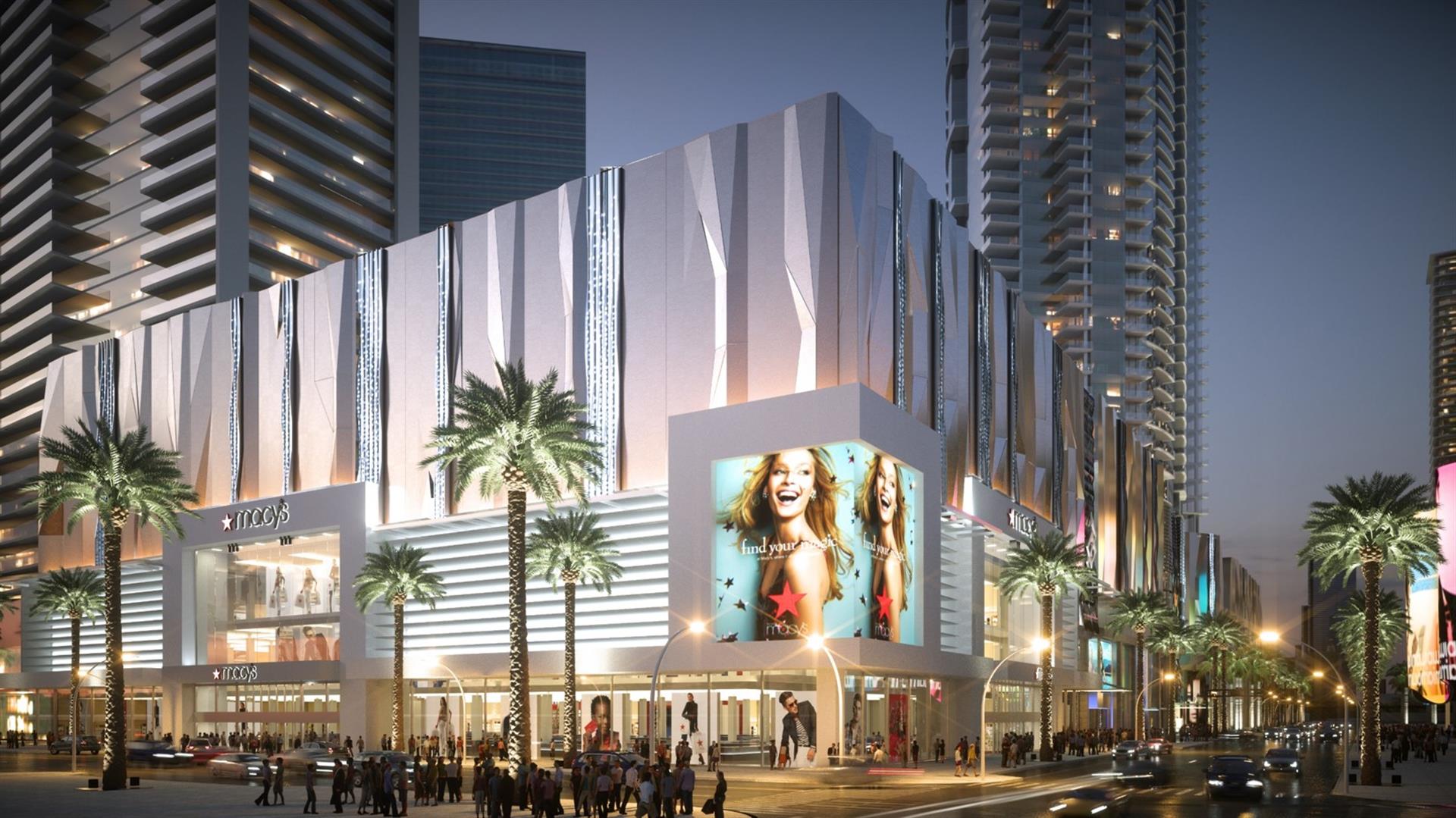 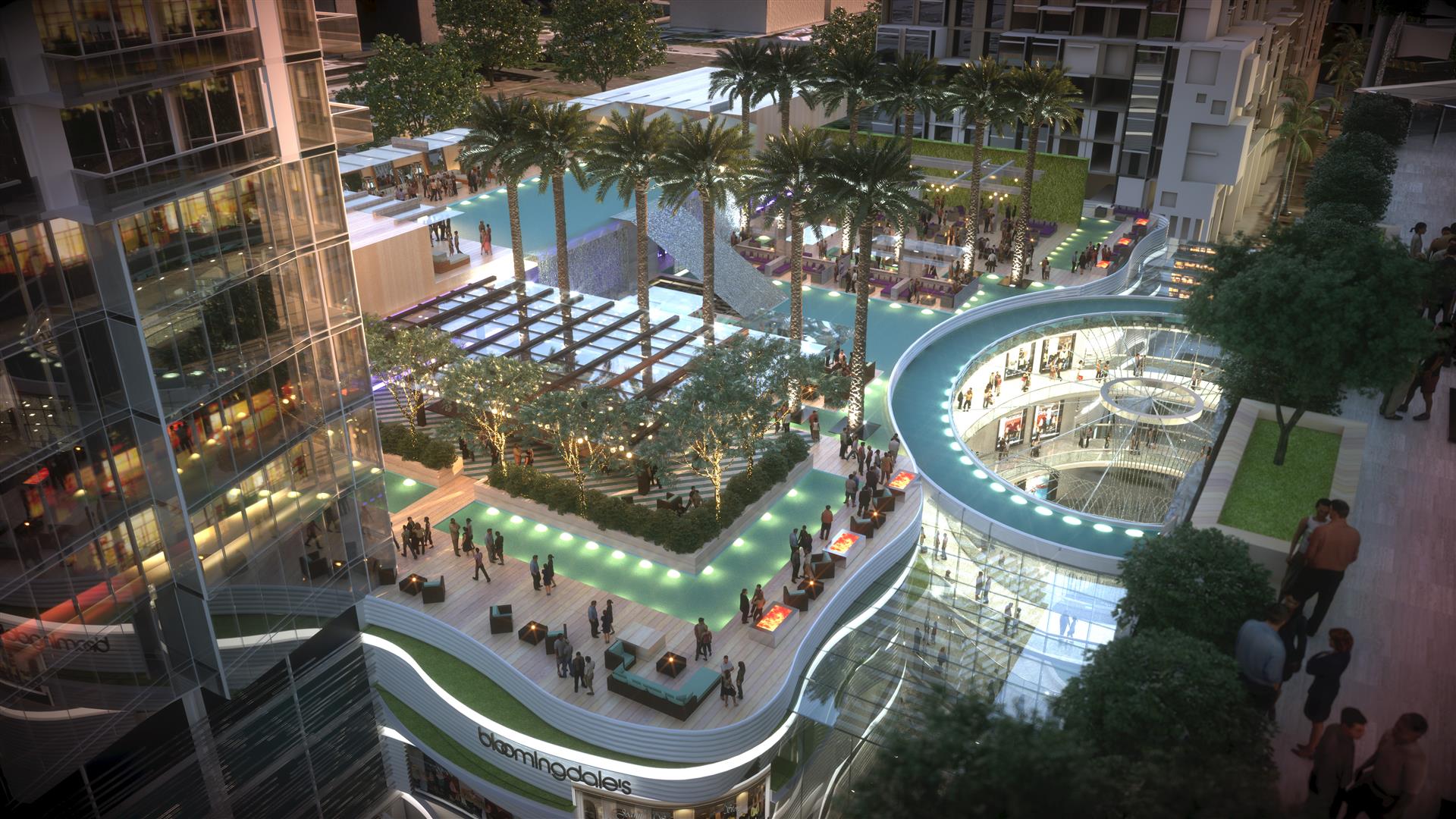 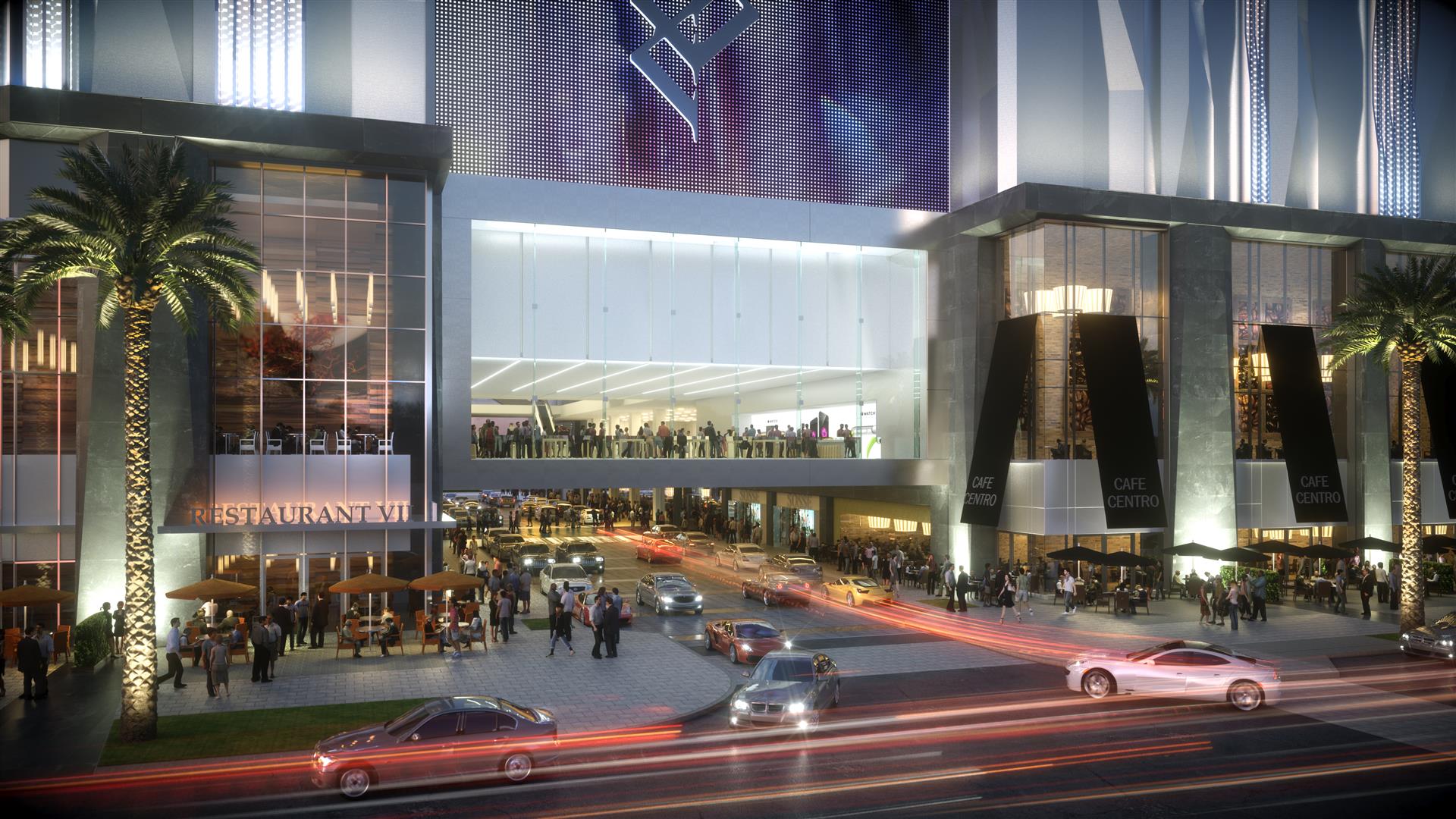 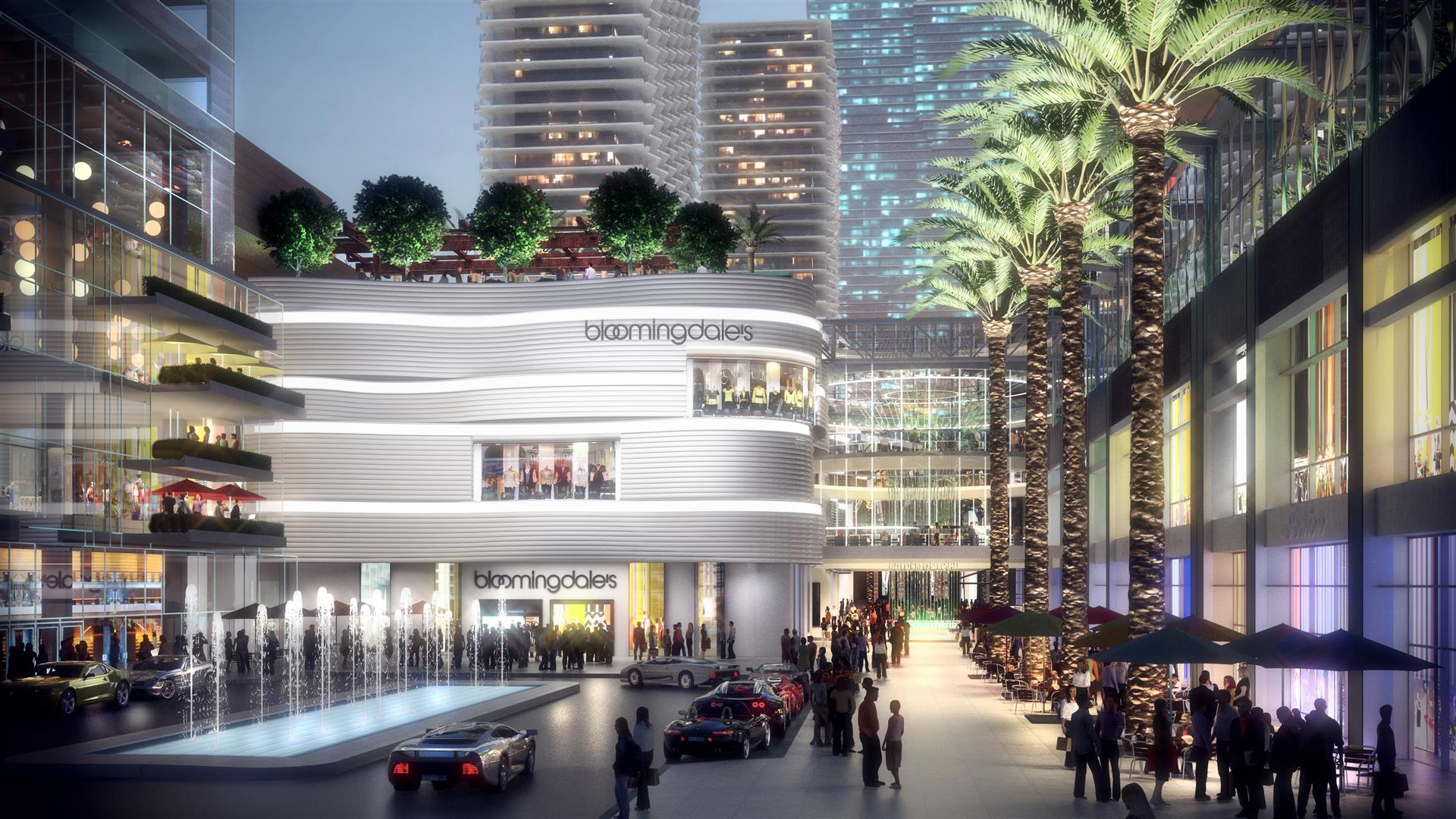 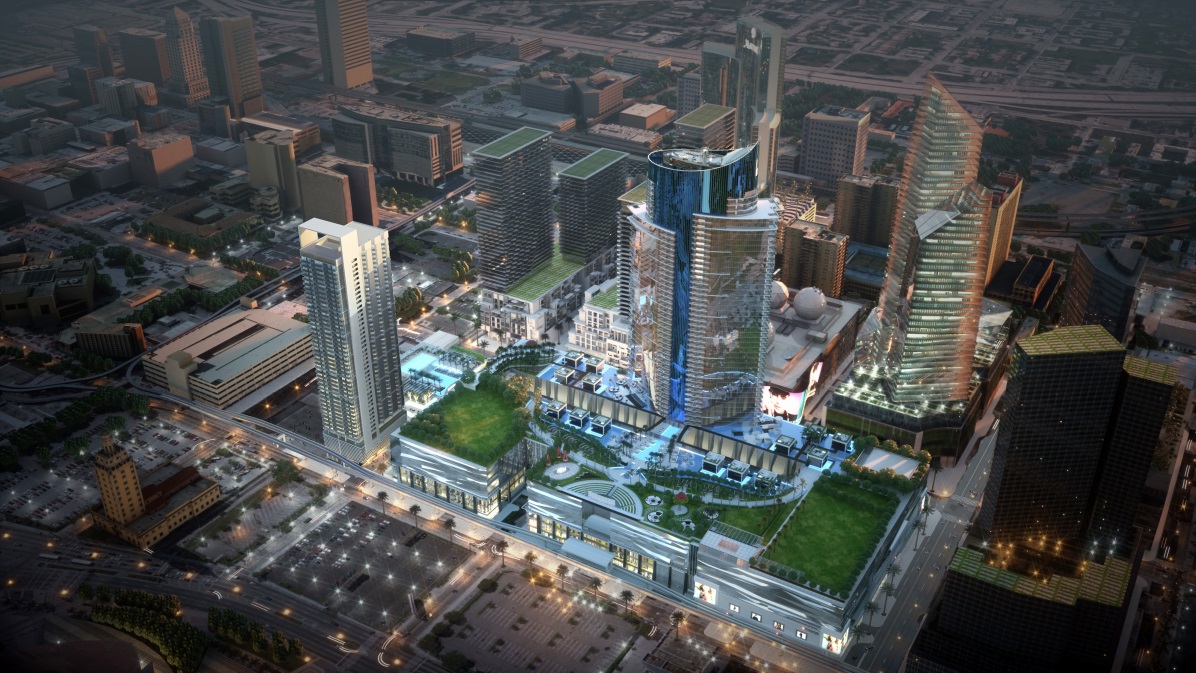