Motwani said that Miami’s hotel market is  “what you dream of as a hotelier,” with revenues rising steadily in recent years. The average daily room rate in Miami-Dade County was $199.35 last year, compared to $176.66 in 2013, with the WSJ calling the Miami market “booming.”

The developers of the Marriott at Worldcenter have missed out on Miami’s strong hotel market over the past few years, as construction has been delayed.

No construction permits have been applied for at the site, city records show.

The Marriott Marquis was first submitted to Miami’s Urban Development Review Board in 2014, as an 1,800 room project with 600,000 square feet of convention space estimated to cost $750 million. Construction was estimated to begin at the end of 2014, developer MDM Group said then.

In 2016, MDM won approval for a CRA subsidy package, and resubmitted the project to Miami’s Planning & Zoning Department with two shorter towers, with the taller one rising 572-feet and 53 stories.

A franchise agreement was signed with Marriott in October 2017.

Last year, Worldcenter representatives said the hotel was on track to break ground by the end of 2018.

The land is still being used as a staging area for other nearby projects as of this week: 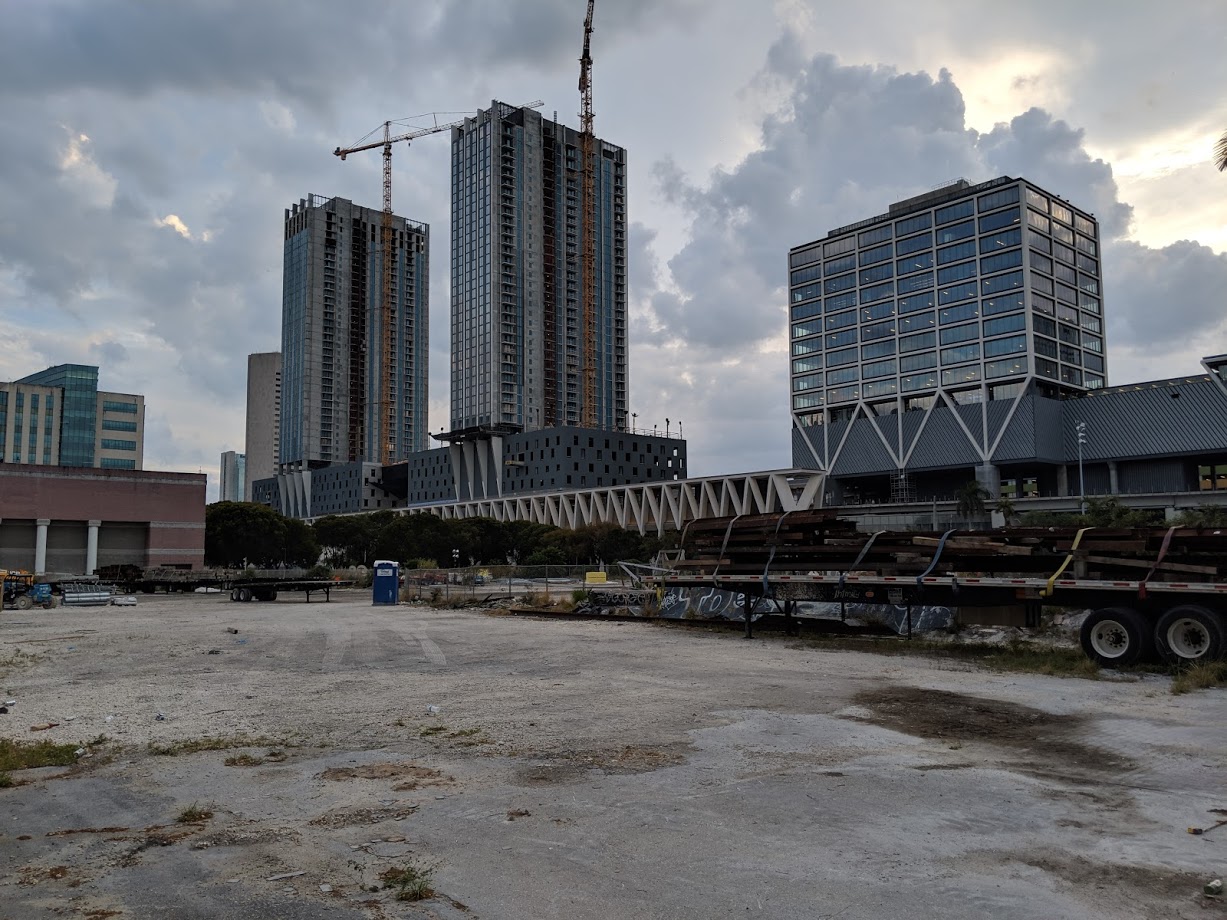