Wynwood’s Business Improvement District and property owners there continue to push for a Tri-Rail stop, and have released conceptual plans of a train station in the neighborhood.

The new station design was prepared by Kimley Horn, a traffic consultant.

Bill Rammos, a private property owner with the largest frontage along this section of tracks, commissioned the study.

Plans show that the platforms can readily fit in the rail right of way along his properties near NW 27th Street.

Two additional studies have been commissioned by the Wynwood BID and by the City of Miami which show that a station in the vicinity of Rammos’ property would provide the greatest benefit to the highest number of people as well as having the least adverse impacts on traffic.

Residents of Wynwood, Midtown, Edgewater and Overtown would be within a few minutes walk of the new station.

Tri-Rail to downtown Miami has been delayed until at the end of 2020, Miami-Dade’s transit director said this month.  Tri-Rail’s deal with Brightline’s parent company allows another station to be built between downtown and 71st Street, as long as Tri-Rail pays for it and doesn’t impede Virgin Trains, according to the Herald.

Another possible station location in the area is underneath I-195 at 36th Street. 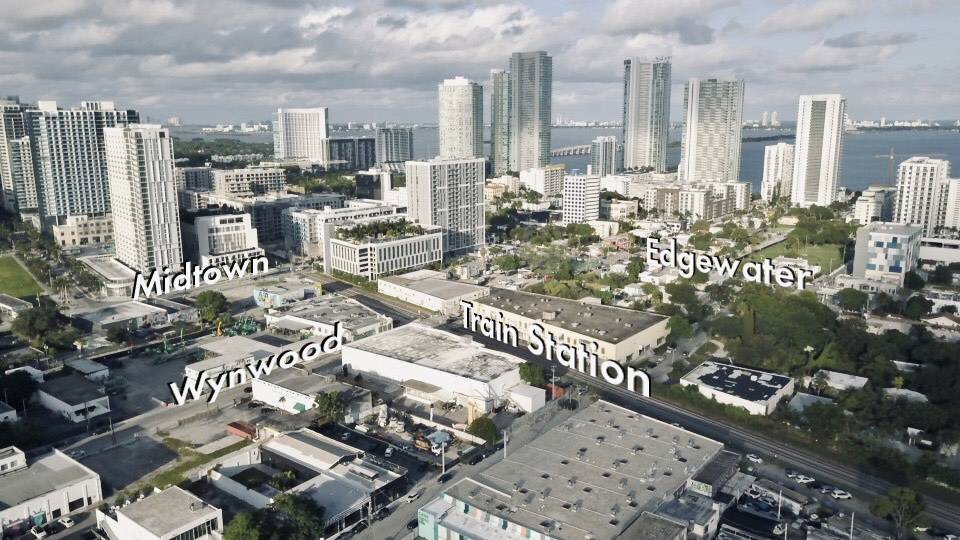 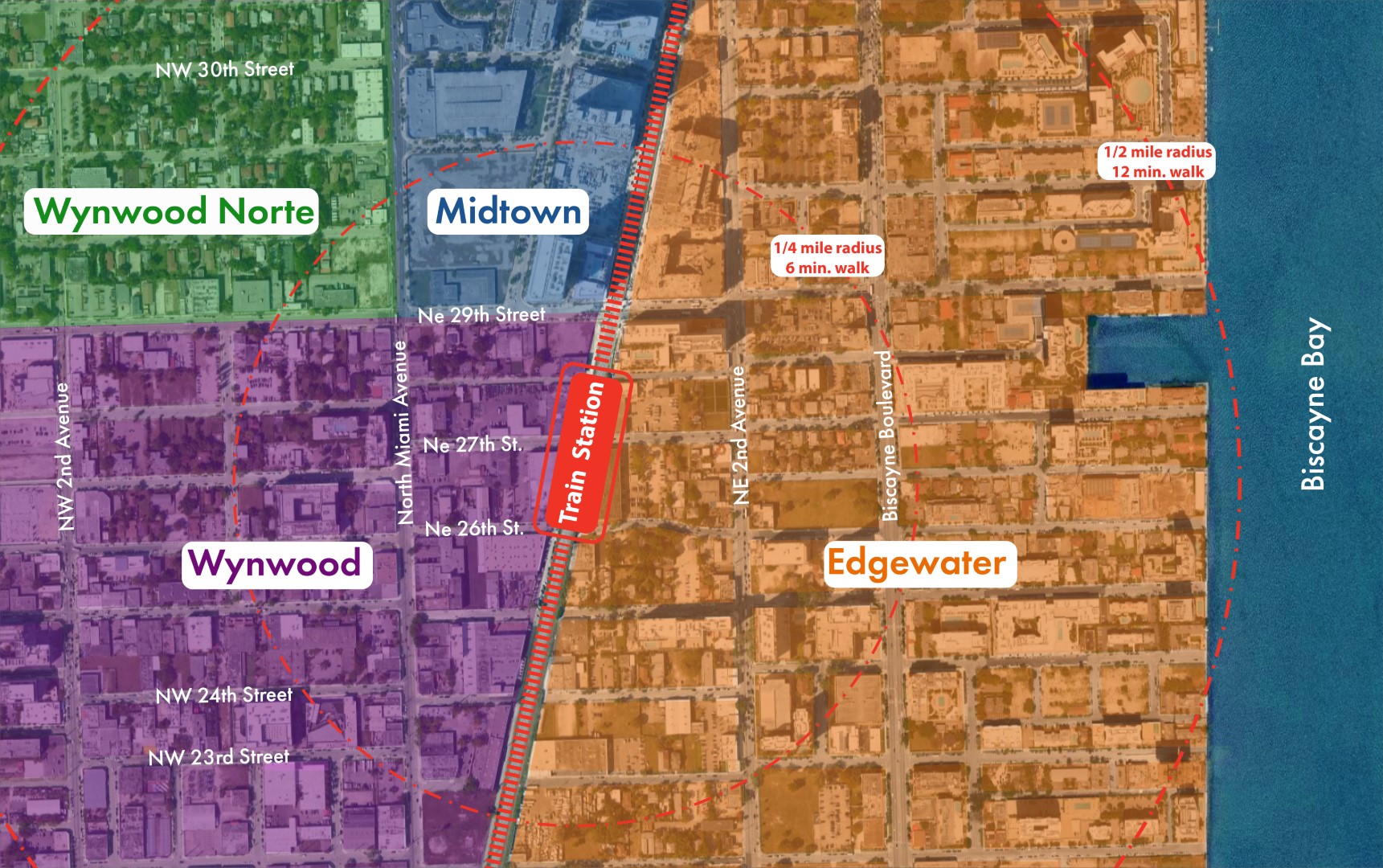 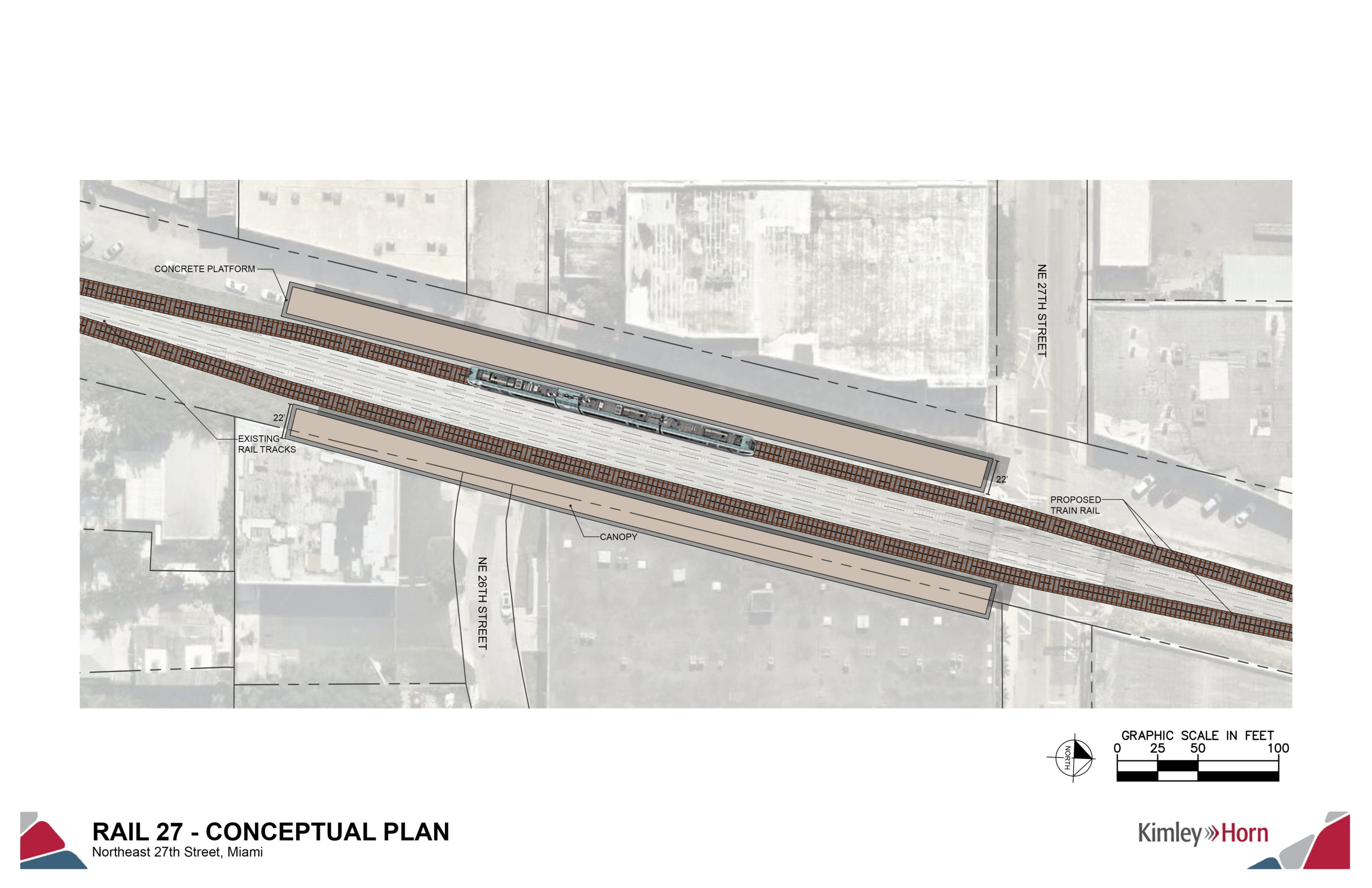 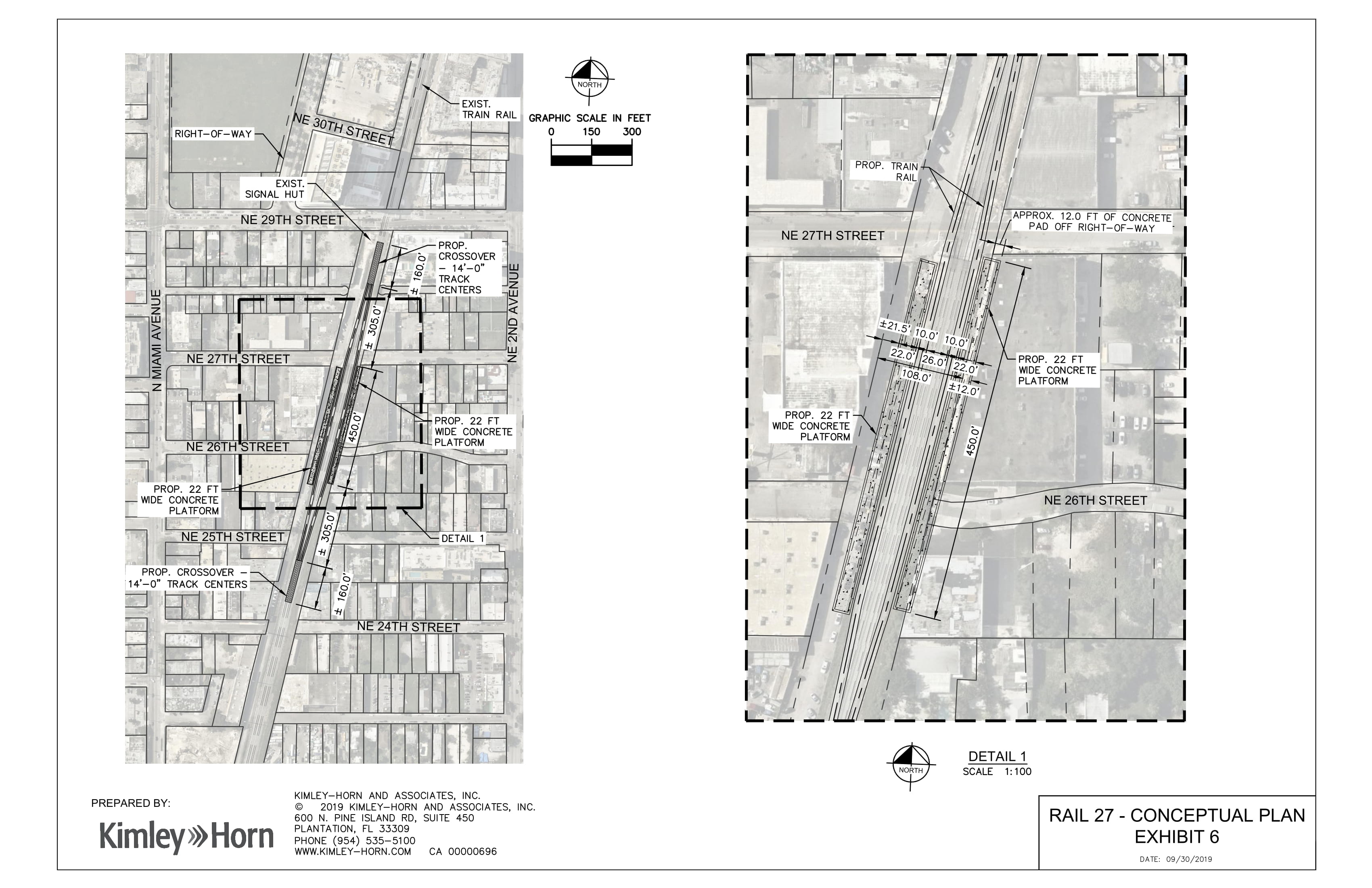