Hundreds of new new residents have moved into newly built apartments in Wynwood, leading to a dispute with nightclubs over noise levels.

Yesterday, a board meeting of Wynwood’s Business Improvement was held, where the issue was discussed. Around 60 people were in attendance, including Mayor Francis Suarez.

At the meeting, Mayor Suarez reaffirmed his administration’s commitment to uphold the law and do everything possible to help Wynwood continue flourishing.

Some nightclubs are breaking permitting and noise ordinances, while unfairly competing with those businesses who have gone through the city’s lengthy permitting process, the BID says.

Wynwood 25, which is the first major apartment building to open in the neighborhood, has heard complaints from its new residents. An email from the manager stated that they have had to buy white noise machines for tenants last week, and that complaints to code compliance were not responded to.

Video below was taken from the first major apartment building in the neighborhood, Wynwood 25. It was provided by Wynwood’s BID: 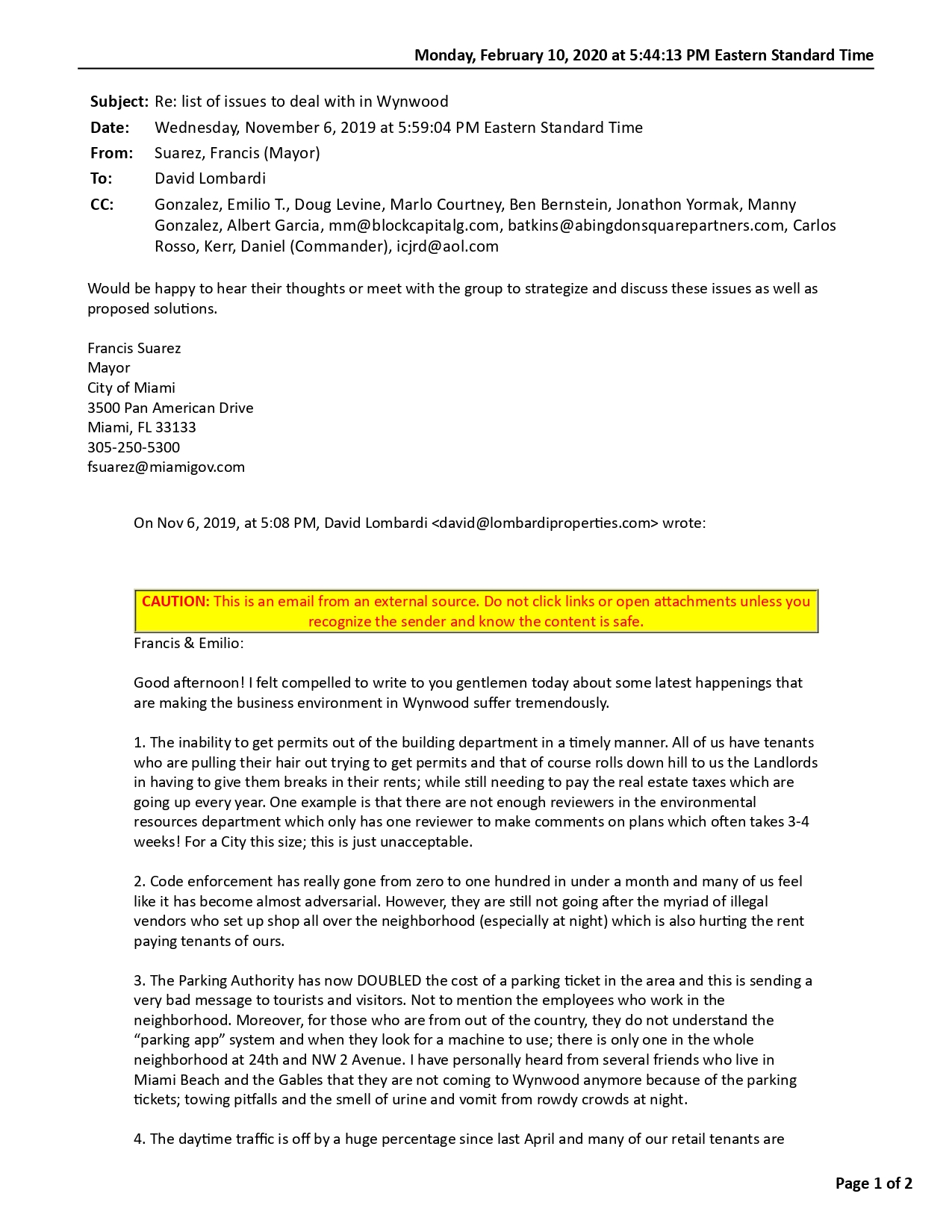 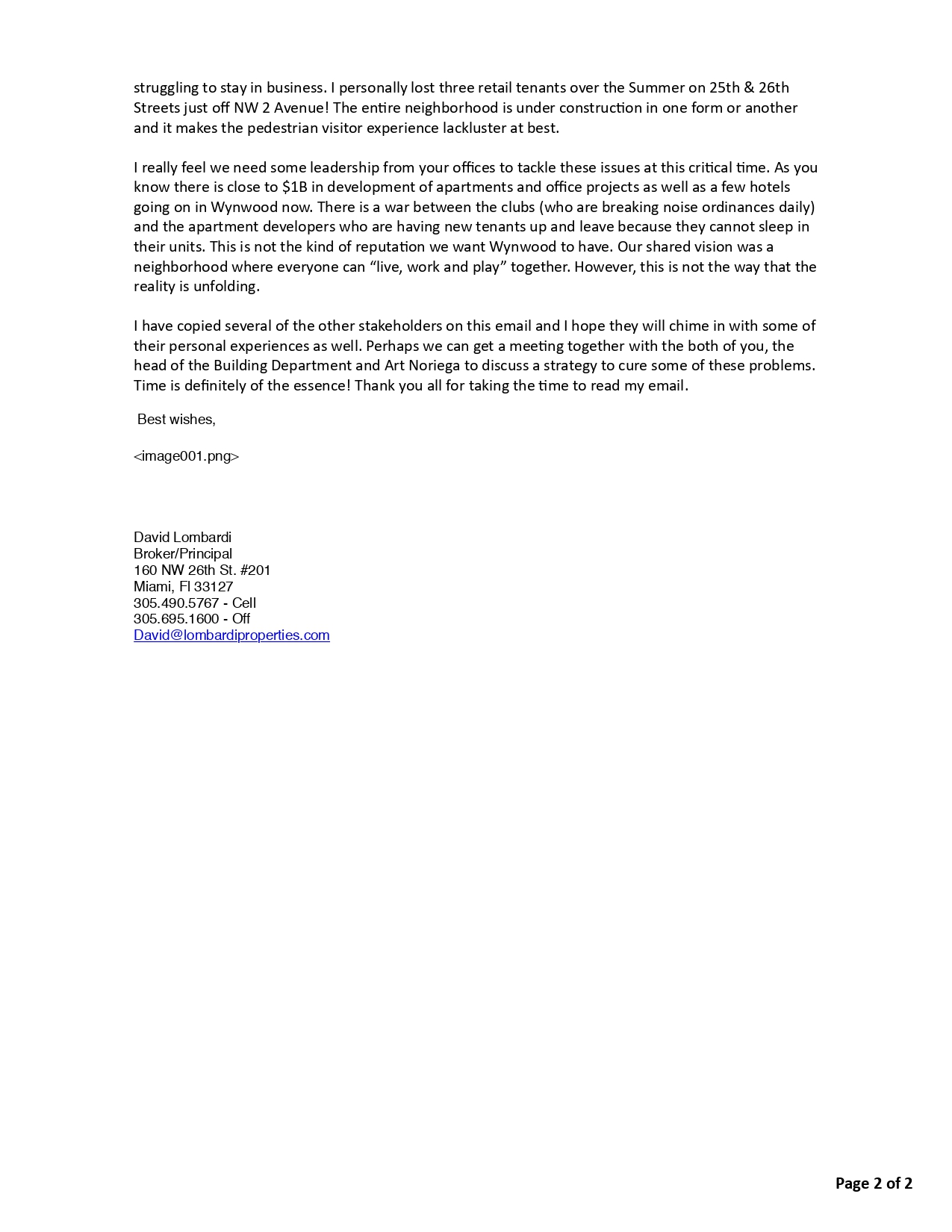